A fire occurred in a two-storey apartment building owned by a Vietnamese national in Berlin, Germany, on February 2. 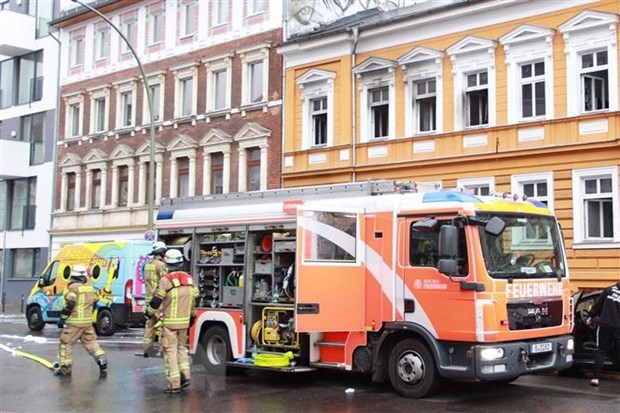 The blaze started at about 1.30pm (local time) and wounded 12, including five children. There is no Vietnamese among the injured, said the landlord.

A spokesperson of the firefighting team said the building’s corridors and roof were destroyed in the fire, adding that the cause remains unclear.

The fire was extinguished after one hour. About 120 firefighters were mobilised to the scene.

The building comprises of about 10 apartments, with its tenants mainly from Eastern Europe and some from Vietnam./.