The 13th National Party Congress, to open next week, is a milestone in the development of the Party and the nation, according to a high-ranking Party official.

In an interview granted to the Vietnam News Agency, Vo Van Thuong, Politburo member, a permanent member of the Party Central Committee’s Secretariat and head of the Committee’s Information and Education Commission, said the congress will set forth a vision to the mid-21st century, aiming to turn Vietnam into a socialist-oriented developed country.

The congress will review the implementation of the resolution adopted at the 12th National Party Congress and other documents such as the platform of national construction during the transition to socialism and the socio-economic development strategy for 2011-2020, and the assessment of the 35-year renewal and 30 years implementing the 1991 Platform.

According to Politburo member Thuong, over the past five years, the entire Party, people, and army have carried forward solidarity and made efforts to complete set targets and tasks, creating a premise for the next tenure.

He cited the country’s annual average GDP growth at 6% during the 2016-2020 period, along with achievements in education-training, science-technology, culture, and social affairs, with the poverty rate dropping to below 3%.

The country has made strides in disease prevention and control, especially COVID-19, he said, stressing the country’s socio-political stability, consolidated national defense, and security, expanded external relations, and improved position, prestige, and role in the regional and international arena.

Due attention has been placed on Party building and rectification, and the fight against corruption, wastefulness, and other bad deeds has reaped marked results, the official went on.

The Politburo member said documents to be submitted to the congress have been prepared thoroughly and contributed by all-level Party committees, National Assembly deputies, the Vietnam Fatherland Front, socio-political organizations, officials and Party members, people from all walks of life, and overseas Vietnamese.

Regarding preparations for the important political event, Politburo member Thuong said the work has been basically completed, adding the organizing board and relevant agencies and units are continuing with preparation review.

The Information and Education Commission has charted information and communications plans, and instructed art performance programs to celebrate the congress, he continued.

He stressed the launch of a website on the 13th National Party Congress in six languages – Vietnamese, English, Russia, China, France, and Spanish, a press centre for the congress, and an exhibition showcasing books on the event.

Politburo member Thuong used the occasion to laud the role played by press agencies in disseminating the congress, contributing to consolidating public trust in the Party and promoting emulation movements. 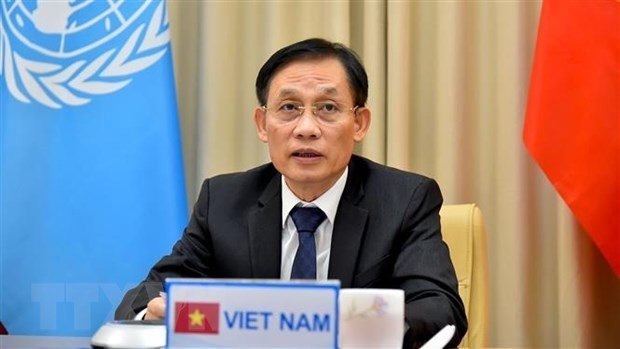 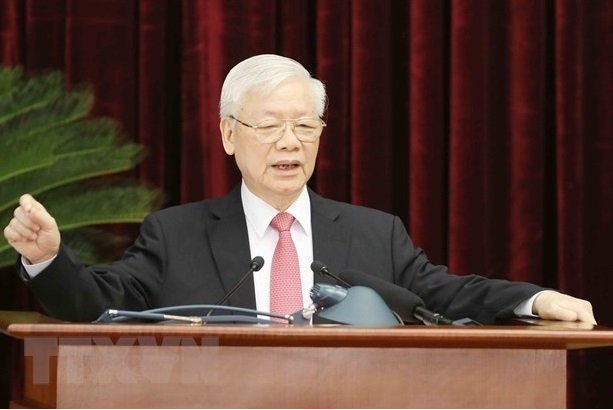 Party General Secretary Nguyen Phu Trong’s article “Several theoretical and practical issues on socialism and the pathway towards socialism in Vietnam” analysed in comprehensive, insightful and thorough manner the path chosen by Vietnam since the victory of the August Revolution 1945.
August 03, 2021 | 09:51