Tagore's legacy, as well as Indian culture and literature in general, is a link bringing the two countries together.

Embassy of India & Swami Vivekananda Culture Centre (SVCC) in Hanoi held a webinar on “Gurudev Tagore's contribution to India - Vietnam Relations” on May 9.

The webinar is part of a series of events commemorating the 75th Anniversary of India’s independence and the 50th anniversary of Vietnam - India diplomatic relations and a tribute to Gurudev Tagore on his 161st birth anniversary.

In his opening speech, Pranay Verma, Ambassador of India to Vietnam said: "Tagore's visit to Ho Chi Minh City 93 years ago, in June 1929, is an important milestone in the national movement of both India and Vietnam, and showcase the dialogue between two proud nations yearning for freedom."

"During his visit, Gurudev Tagore was given arousing welcome by the people of Vietnam. He gave out the message of awakening to the people of Asia and Indochina suffering colonial oppression. He was loved by welcomed by the people of Vietnam, from all walks of life, who deeply admired him for his outstanding intellect, benevolent personality, and human attachment that he established with people."

The visit leaves a deep imprint on the two countries' relations. The Vietnamese government published a stamp to memorize Gurudev Tagore in September 1929. Vietnam Museum of Literature launched a bust of Tagore in 2011. Many Vietnamese scholars have studied and translated Tagore's works, creating an invaluable cultural bridge between the two countries.

Uncle Ho wrote in Nhan Dan newspaper on March 19, 1958, that: "The great writer Rabindranath Tagore was respected by the whole world." His statement was a suggestion for the translation and introduction of Tagore's works in Vietnam in the new period.

In modern times, universities and colleges in Vietnam put Tagore's works in their teaching systems. His reputation and writing career have become popular with all classes of Vietnamese readers. His legacy, as well as Indian culture and literature in general, is a link bringing the two countries together.

Dr. Om Prakash, Head of the Department of Indian Languages and Literature, Gautam Buddha University, India emphasized that Tagore believed in the brotherhood of nations. He called for humanity and freedom for people not only in India but around the world as well.

Tagore (1861 - 1941) was a Bengali polymath who worked as a poet, writer, playwright, composer, philosopher, social reformer, and painter. He reshaped Bengali literature and music as well as Indian art with Contextual Modernism in the late 19th and early 20th centuries.

Author of the "profoundly sensitive, fresh and beautiful" poetry of Gitanjali, he became in 1913 the first non-European and the first lyricist to win the Nobel Prize in Literature. Besides these, he wrote musical dramas, dance dramas, essays of all types, travel diaries, and two autobiographies, one in his middle years and the other shortly before his death in 1941. Tagore also left numerous drawings and paintings, and songs for which he wrote the music himself. 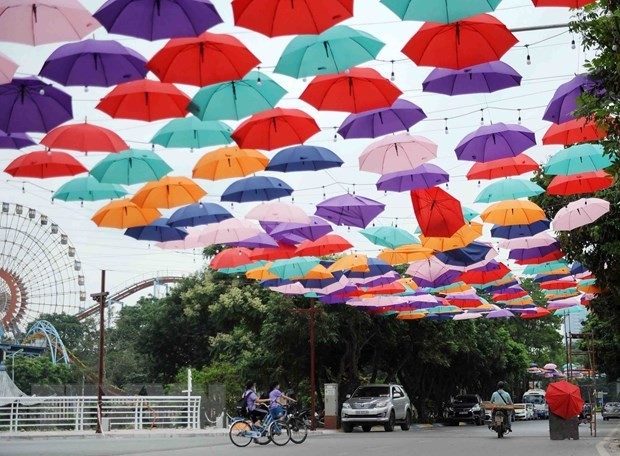