On April 28, at the headquarter of the Consulate General of Vietnam in Nanning, Consul General Do Nam Trung received Chu Mat, Deputy Director of Guangxi Department of Commerce.

At the meeting, the two sides discuss measures to strengthen economic, trade and investment cooperation and improve efficiency and efficiency of customs clearance at border gates.

Guangxi is also one of China's localities with the highest trade turnover with Vietnam. In 2021, despite being affected by the epidemic, the total trade turnover between Guangxi and Vietnam will still reach 200.39 billion yuan (about US $31.3 billion), an increase of 13.7%.

The bilateral trade turnover between Vietnam and China has recently grown strongly despite the Covid-19 epidemic and the difficulties and obstacles such as disease control between the two countries, the world economy, Vietnam's production chain faced many difficulties, the decreased consumption demand of the Chinese market.

Consul General proposed that the Guangxi Department of Commerce continue to closely coordinate and strengthen the exchange of effective measures with the Vietnamese side to ensure cooperation in disease prevention in the border, further contribute to the socio-economic development of each side in the context of the epidemic.

In response, Chu Mat affirmed that Vietnamese and Chinese leaders from the central government to ministries, branches and localities have regularly discussed measures to relieve congestion and restore normal customs clearance at border gates.

Hence, at the Guangxi province, e Guangxi Department of Commerce, the agency in charge of maintaining trade development, has worked closely with the Vietnamese side to overcome difficulties caused by the epidemic.

"We hope that the two sides will well implement the common perception achieved over the past time, coordinate closely, ensure the strict implementation of epidemic prevention and control measures, maintain smooth trade, and bring practical benefits to the people. businesses on both sides," said Chu Mat.

At the meeting, the two sides also discussed Vietnam's investment policy, priority areas for Vietnam to attract investment, and Guangxi businesses wishing to enter, measures for businesses in Guangxi can consider invest and do business in Vietnam in the near future.

Mayor Vu Hieu Huy affirmed that Pingxiang will continue to closely coordinate with departments and branches of Lang Son province in Vietnam to ensure smooth border trade, step by step improve customs clearance efficiency, and bring practical benefits for the people of the two sides. 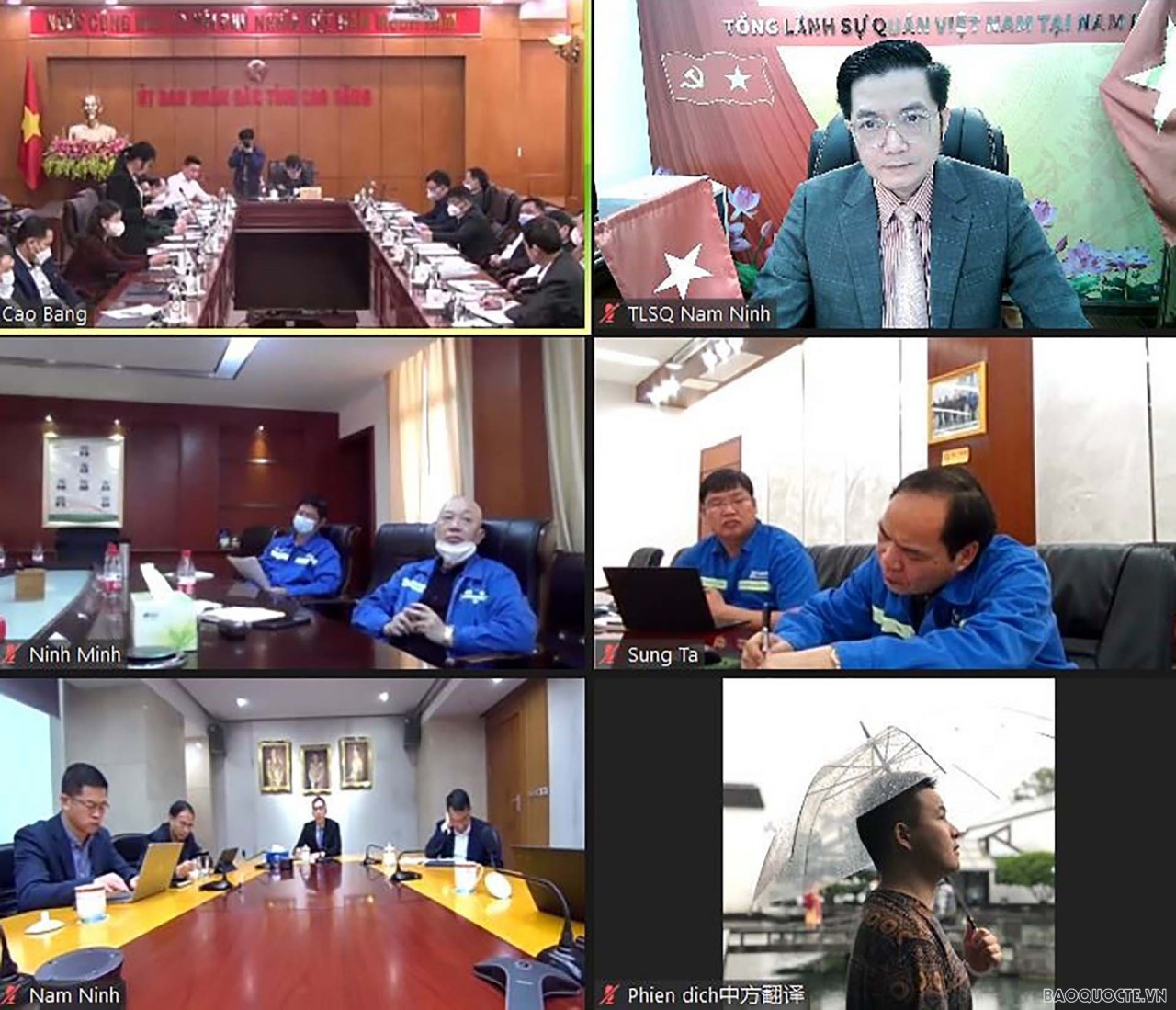