Who is the New US Ambassador to Vietnam?

US President Joe Biden designated Marc Knapper as the new representative to Vietnam.

He will be succeeding previous minister Daniel J. Kritenbrink. This was confirmed by the Senate by Voice Vote on Dec. 18.

Marc Knapper is a career member of the Senior Foreign Service, class of Minister-Counselor.

Knapper earned his B.A. from Princeton University and his M.A. from the Army War College in Carlisle, Pennsylvania. He also studied at the University of Tokyo prior to joining the Foreign Service.

He is a recipient of the Secretary of State’s Distinguished Service Award, the nation’s highest diplomatic honor.

Among numerous State Department awards, Marc has also earned the Linguist of the Year Award. His foreign languages are Japanese, Korean and Vietnamese.

Knapper has spent almost his entire career, spanning over 25 years, working on the policy issues of the East Asian region and studying its languages and culture.

Before his term in Vietnam starts, he served as the Deputy Assistant Secretary for Japan and Korea in the Bureau of East Asian and Pacific Affairs of the Department of State.

In addition, Knapper was the Chargé d’Affaires of the U.S. Embassy in Seoul, Korea, in 2017 and 2018, and prior to that he was the Embassy’s Deputy Chief of Mission.

He also led the political section of the U.S. Embassy in Hanoi for three years. This extensive and substantive experience in the region, coupled with his demonstrated ability to lead large interagency teams as well as policy-oriented offices, makes him an excellent candidate to be the U.S. Ambassador to the Socialist Republic of Vietnam.

In July 2021, when nominated for the Ambassador to Vietnam position, Knapper vowed to realize the full potential of Vietnam - US comprehensive partnership during his term, spanning across political, security, economic, and people-to-people ties," Reuters reported.

He said he would "advocate for a level playing field for U.S. companies and investors, including by urging Vietnam to maintain equitable market access for U.S. digital services and agricultural products."

Knapper, son of a Vietnam War veteran, strives to tighten security, saying Hanoi and Washington are working to make great improvements, especially in peacekeeping and maintaining rightful claims of sea and island territories.

Knapper also shares positive outlook about trade ties between Vietnam and the U.S., and said bilateral trade with Vietnam had grown from nearly nothing in 1995 to more than US$90 billion in 2020.

"Right now, we have what we call a comprehensive partnership; we hope to raise it to a strategic partnership, and I will take steps to do that by strengthening even further our security relationships with Vietnam," he said. 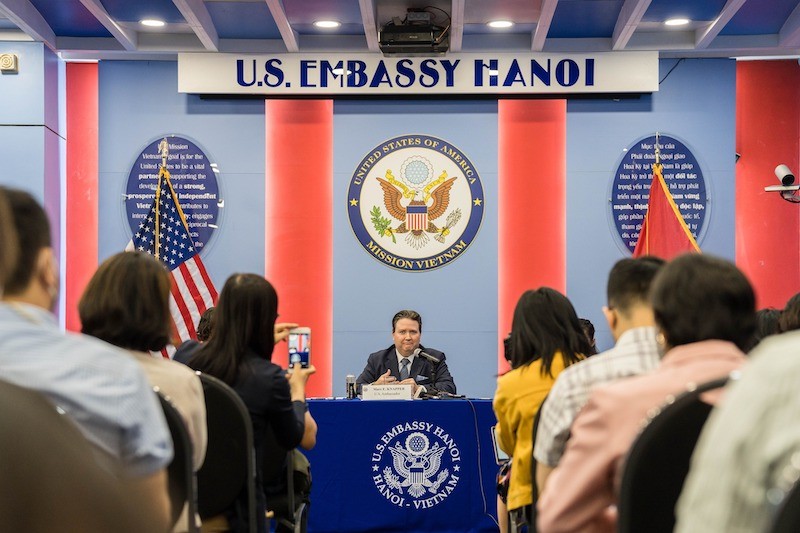 US Ambassador in Vietnam Marc Knapper met with nearly 50 journalists for his first local press briefing to talk about the strong bilateral partnership between the United States and Vietnam.
April 21, 2022 | 08:31 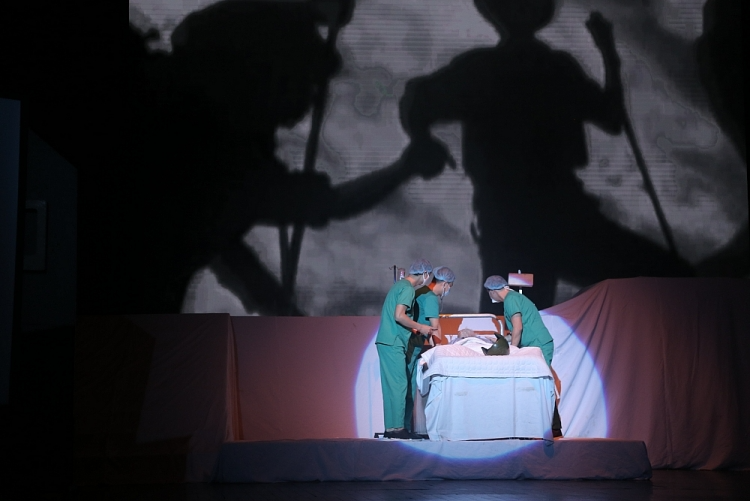 “Pre-destined” performed for the first time at Hanoi Opera House

This evening (December 7), the play named “Pre-destined” (or Duyên Đinh in Vietnamese) written by writer Chu Duc Tinh, former Director of the Ho Chi Minh Museum was performed on the stage of the Hanoi Opera House with the join of acting instructor - People's Artist Le Hung.
December 07, 2020 | 23:14 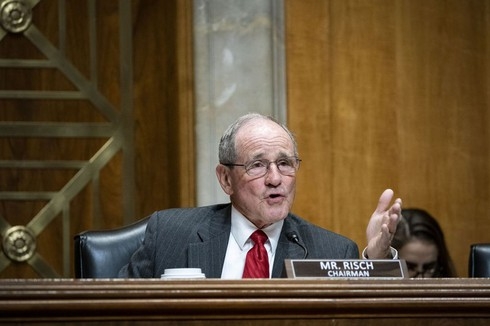 US Senator Jim Risch, Chairman of the Senate Foreign Relations Committee, along with three others, on April 11  issued a statement criticizing China for sinking a Vietnamese fishing vessel and deploying military aircraft in the BienDong (East Sea) alongside other activities.
April 12, 2020 | 16:44