A report by Sundayguardianlive on March 28 and updated on April 2 by businesstoday that American lawyer Larry Klayman, who has filed a $20 trillion lawsuit against the Chinese government, believes that the US intelligence agencies have evidence to prove beyond doubt that Covid-19 is a biological weapon.
Tarah Nguyen
April 07, 2020 | 17:19

Klayman, who filed the class action suit (a suit where a group of people come together to sue the defendant) against China on 17 March, stated in his suit that the virus was developed in the Wuhan Institute of Virology.

“The only bioweapons laboratory in China is in Wuhan. Two plus two equals four. We will get discovery on US intelligence agencies. They (US intelligence agencies) know,” Klayman told The Sunday Guardian. In the American legal system, parties to the dispute can obtain evidence from a third party by using means such as interrogatories, requests for production of documents and government records through “discovery”, which is a pre-trial procedure.

As per Klayman’s submission in front of the district court for the Northern District of Texas, Major General Chen Wei is a Chinese military’s top epidemiologist and virologist, who is not only leading China’s response to the Covid-19 pandemic, but also led the creation of Covid-19 (coronavirus) as a bioweapon for China’s military.

The Sunday Guardian reached out to Shi Zhengli for a response from her on this matter, but nothing was received until the time this report went to the press.

A substantial part of the allegations raised by Klayman in the 24-page suit is based on media reports, almost all of which have been sourced from reports carried by US media.

Responding to The Sunday Guardian’s query on whether the $20 trillion lawsuit, which is more than even China’s GDP, can be enforced even if he wins the class action suit, Klayman said that he was confident of winning. “The damage claims include punitive damages. China deserves to be severely punished for this pandemic. Once we get a jury verdict, which I am confident will happen, Chinese assets can be attached and liquidated as there are billions in US banks and investments,” he said.

Klayman, who also ran for the US Senate as a Republican candidate in Florida’s primary in 2004, has the distinction of obtaining a court ruling against former US President Bill Clinton, the first lawyer ever to have got one against an American President. A character that fight against corruption, based on Klayman, was created in the NBC hit drama series “The West Wing”. During the administration of President Ronald Reagan, Klayman was a prosecutor with the Justice Department.

Klayman has accused China of “recklessly or otherwise allowing the release of Covid 19 from the Wuhan Institute of Virology into the city of Wuhan, China, in Hubei Province and failing to prevent the Institute’s personnel from becoming infected with the bioweapon and carrying it into the surrounding community and proliferation into the United States”.

To substantiate his allegations, Kalyman has mentioned about an internal speech given by Chinese President Xi Jinping at a meeting of the Politburo Standing Committee on 3 February. In this speech, as per Klayman’s claim, Xinping had spoken about how he had on 7 January itself issued orders to “prevent and control” the coronavirus. Xi explained these efforts by saying that laboratory safety was a “national security” issue. Klayman further has alleged in the suit that this statement of Jinping is evidence of the fact that Covid-19 was developed in the laboratory. 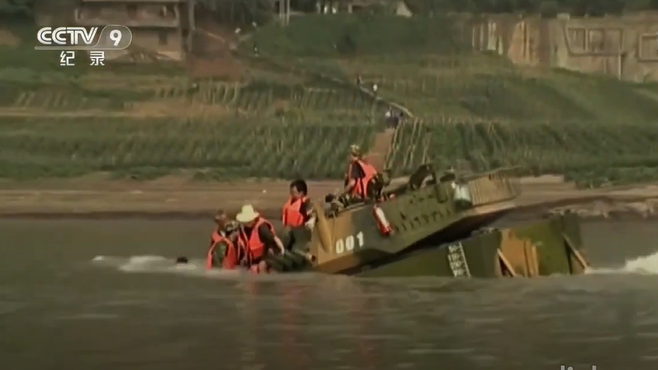 A clip recently appeared on the internet showing an armored vehicle believed to be developed by China, having sunk while traveling on a river.
August 18, 2020 | 10:35