A video on mobile.abc.net.au yesterday April 3 reported the speech by Prime Minister Scott Morrison to tell visitor visa holders and international students the time had come to return their home countries as the coronavirus pandemic continued.
Tarah Nguyen
April 04, 2020 | 08:58

After meeting with the National Cabinet on Friday, Mr Morrison said those in Australia who are here under various visa arrangements and cannot support themselves that "there is the alternative for them to return to their home countries".

"Australia must focus on its citizens and its residents to ensure that we can maximise the economic supports that we have," he said.

However, the Prime Minister stated international visitors who have critical skills could be the exception.

"For those backpackers in Australia who are nurses or doctors, or have other critical skills that can really help us during this crisis, then there will be opportunities for them," he said.

"But our focus and our priority is on supporting Australians and Australian residents with the economic supports that are available."

Mr Morrison said there still remained a number of people in the country on visitor visas."As much as it's lovely to have visitors to Australia in good times, at times like this, if you are a visitor in this country, it is time … to make your way home."

International students have no access to the Federal Government's JobSeeker payment and are having to deal with the COVID-19 crisis without the financial safety net available to many Australian citizens and residents.

Mr Morrison pointed out it was a requirement for students who come to Australia to be able to support themselves in their first 12 months of their study.

There are more than 500,000 international students in Australia, many whom have lost their jobs during the pandemic.

One of them is Sunday Mishu, who lost his job as a bartender at Darwin's Mindil Beach Casino two weeks ago after the venue was forced to close due to national coronavirus restrictions.

"When it first arose it was quite stressful, to be honest," he said. "It completely ruined my entire financial plan that I had set out for the year."

Despite suddenly finding himself unemployed, the 37-year-old Bangladeshi student said he had enough savings to continue studying at Charles Darwin University. However, he said he believed other international students facing significant financial hardship might still not heed the Prime Minister's advice to return to their home countries.

"So if we choose to leave, what are the consequences?

"Do we bear those costs? Or would the university give us our money back?"

Mr Mishu said it was appropriate for the Prime Minister to prioritise Australian citizens and permanent residents. But he said encouraging international students who could not support themselves to return home could have long-term impacts on Australia's reputation as an education destination.

"Should we just go back and think about possible future studies once this pandemic is over in another country?"

The Council of International Students Australia (CISA) said the comments from the Prime Minister had left a lot of students with no hope.

"Due to lockdown enforcement in many countries, lots of international students are not able to [return home] at the moment, leaving them struggling everyday," the council said in a statement.

"Government is forgetting to consider things as their life here, education and if their visa will get extended.

"Because at the end when the COVID-19 passes and we start to get back to our routine, Australia will start marketing its education sector again.

"But why should international students consider coming here when the present students are treated this way?"

"There is a lot beyond monetary matters that needs to be considered and addressed which should not be shrugged away."

'They can't get a job at the moment'

The difficult dilemma faced by international students was outlined this week by NT Chief Minister Michael Gunner, who said many had "fallen between the cracks".

"They don't necessarily qualify for money from the Australian Government," he said.

"They can't get a job at the moment, they just can't.

"They can't go home — the planes have stopped — and their parents are probably in a bit of financial distress wherever the family is staying."

As the financial crisis expanded over the past fortnight, a group of international students at Charles Darwin University set up a response team to support peers facing financial and emotional hardship.

One member of the group, Jurse Salandanan — a Filipino student who still has a job — said he knew of at least 90 others from the Philippines who had lost their hospitality roles in Darwin.

"I don't want anyone to be in that position [where] they feel anxious, they feel lost, they feel alone because they can't get any resources," he said.

To help out, he has reached out to Darwin's Filipino community to ask families to "adopt" a student, by providing meals, work or accommodation for those in desperate need.

This week, Charles Darwin University launched a COVID-19 Student Assistance Grant program, which offers up to $2,000 to all domestic and international students in financial hardship.

"Some of them are among the 1 million Australians who have lost their jobs as a result of COVID-19," CDU vice-chancellor Simon Maddocks said.

"Our international students are also severely impacted because their part-time or casual work has disappeared."

The institution has also established an Emergency Student Appeal, with $200,000 already contributed by the CDU Foundation.

Study NT, a government agency which promotes international education in the Territory, encouraged affected students to look for work via the Territory Jobs Hub, which is open to temporary visa holders.

A spokesman for the Chief Minister said international students in need of crisis accommodation or food would be looked after.

A spokeswoman for the federal Department of Social Services said some welfare assistance was available to temporary visa holders facing significant financial hardship.

She also said rules requiring international students to work no more than 40 hours per fortnight had been relaxed for those employed by supermarkets and aged care facilities. 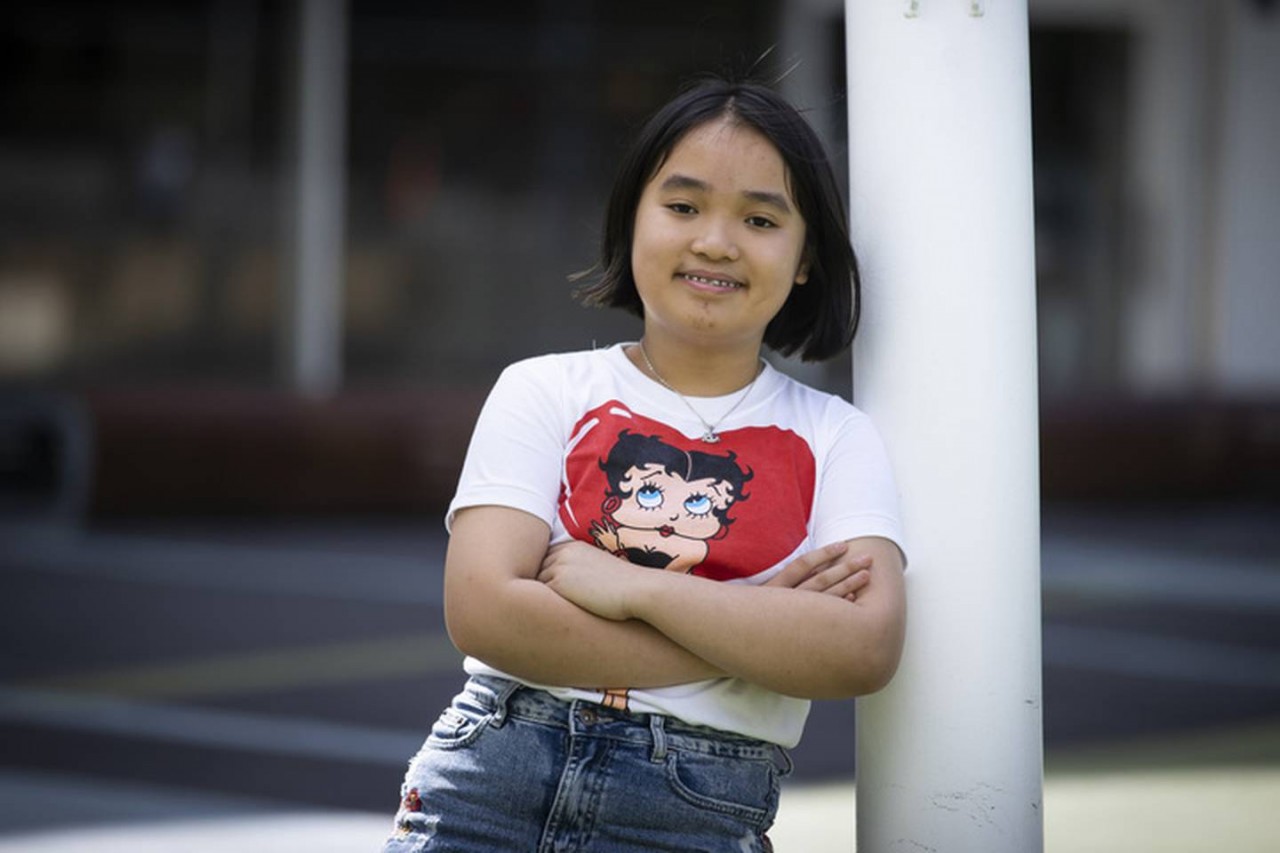 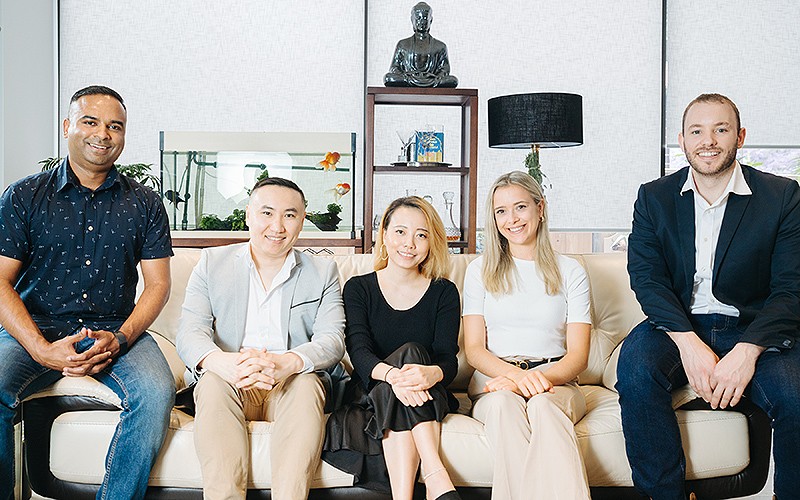 Young Vietnamese entrepreneurs are going from strength to strength.
March 06, 2022 | 22:16 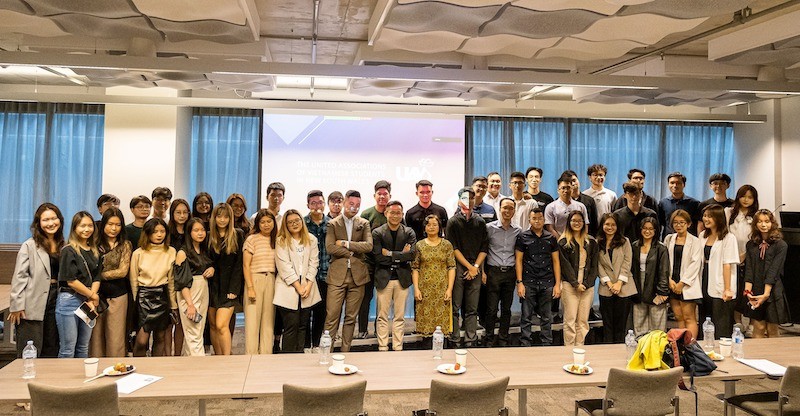 Vietnamese Student Association in New South Wales (UAVS-NSW) conference at the University of Technology Sydney (UTS) is the first conference to be held in person since the outbreak of the COVID-19 pandemic.
February 23, 2022 | 13:56