A bus carrying 22 overseas Vietnamese skidded and overturned in Laos on March 9, according to Vietnamese Consulate General in Savanakhet province. 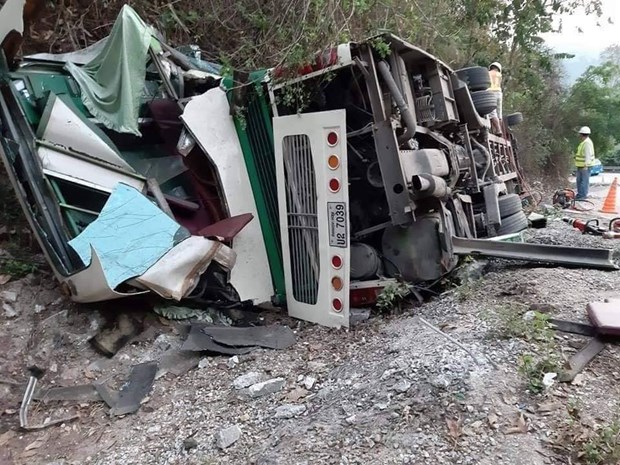 The scene of the accident (Photo: VNA)

Two Vietnamese nationals were killed and four others injured in the bus accident.

The two dead victims are Nguyen Thanh An from the northern province of Nam Dinh, and Nguyen Nhu Hong from the central province of Ha Tinh.

After receiving the news, the Vietnamese Consulate General sent its officials to Khammoune province to coordinate with local agencies in implementing citizen protection measures and conducting necessary procedures for the dead victims’ families to bring their bodies home at the earliest opportunity..

The injured victims were taken to hospital and have been discharged after receiving treatment.

Over 360 Vietnamese nationals repatriate from US, South Korea