Coronavirus live update: As of April 23, there are nearly 2,600,000 infections reported worldwide, in which 179,072 have died (7 percent), 705,643 patients recovered (27 percent), with the US accounting for about a quarter of all deaths, according to data compiled by Johns Hopkins University.

The coronavirus COVID-19 is affecting 210 countries and territories around the world and 2 international conveyances, according to WorldOMeters.

The United Nations is warning global hunger could double as a result of the coronavirus pandemic, putting 265 million people at risk.

Accordingly, the organization said The impact of lost tourism revenues, falling remittances and travel and other restrictions linked to the coronavirus pandemic is likely to leave 130 million people acutely hungry this year, adding to 135 million already in the category, Al Jazeera cited UN’s date Tuesday.

It was critical to act quickly to prevent people already living hand-to-mouth from selling their assets as it could take them years to become self-reliant again. In some cases, such as when farmers sell their ploughs or oxen, it could have knock-on effects for food production for years to come, Al Jazeera cited Arif Husain, chief economist and director of research, assessment and monitoring at the WFP statement.

Coronavirus live update: The US’s total infection is approaching 819,000 cases, which is four-time total infections of Spain – the world’s second worst-hit country. Around 47,000 patients have died.

New York is still the hardest-hit state across the country, with 258,589 infections, 19,118 deaths, followed by New Jersey whose total infections and death toll are respectively nearly one-third and one-fifth those of New York. Connecticut and Louisiana come third and fourth respectively in the list of most vulnerable states in the country, according to data from Washington post.

First US coronavirus death was weeks earlier than initially thought

Two deaths on Feb. 6 and Feb. 17 were not initially thought to have been COVID-19-related as the people died at home at a time when only very limited testing was available through the CDC, but further testing has revealed that they were.

The second wave is expected to arrive this winter and could strike much harder than the first because it would likely arrive at the start of influenza season, putting even greater strain on the nation’s health care system than the first outbreak, according to Reuters. The CDC thus warns authorities to prepare for a probable resurgence in the months ahead.

Missouri became the first US state to sue the Chinese government over its handling of the coronavirus, saying China's response to the outbreak that originated in the city of Wuhan brought devastating economic losses.

In Beijing, a spokesman for China's foreign ministry dismissed the accusation as "nothing short of absurdity" and lacking any factual or legal basis.

Canada’s death toll from the novel coronavirus jumped past 1,800 today, nearly 40,000 patients have been discovered.

The new numbers, which are tallied from updates from provincial health authorities across the country, also count at least 13,188 recoveries from the virus and over 598,000 tests.

Quebec and Ontario made up the brunt of Wednesday new infections and deaths, with 807 and 551 new cases announced in those provinces, respectfully.

UK's Johnson under fire over handling of virus crisis

British Prime Minister Boris Johnson faced a call for an inquiry into his government's handling of the coronavirus crisis after failing to fully explain partial death data, limited testing and the lack of equipment for hospitals.

Ed Davey, acting leader of the opposition Liberal Democrats, called for an independent inquiry to review the government's response to the pandemic.

The trials will be of a drug developed at Oxford University. Health Secretary Matt Hancock said the government would give 20 million pounds ($25 million) to support the research. Another 20.5 million pounds will go to a separate project at London’s Imperial College, Bloomberg reported.

UK to roll out large-scale contact-tracing

British health minister Matt Hancock said on Wednesday the government would bring in large-scale contact-tracing once the number of new cases of the coronavirus falls.

"As we have reached the peak, as we bring the number of new cases down, so we will introduce contact tracing at large scale," Hancock told parliament.

Germany gave the green light for human trials of potential coronavirus vaccines developed by German biotech company BioNTech, which is racing teams in Germany, the U.S. and China to develop an agent that will stop the pandemic.

The trial, only the fourth worldwide of a vaccine targeting the virus, will be initially conducted on 200 healthy people, with more subjects, including some at higher risk from the disease, to be included in a second stage, German vaccines regulator the Paul Ehrlich Institut said on Wednesday.

Spain's death toll from the new coronavirus climbed by 435 in the past 24 hours, the health ministry said, roughly in line with the two percent increases reported in the past few days.

India plans to manufacture thousands of wristbands that will monitor the locations and temperatures of coronavirus patients, help perform contact tracing, and aid health workers in delivering essential services.

Broadcast Engineering Consultants India, a government-owned company, will present wristband designs to hospitals and state governments next week and work with Indian start-ups to manufacture them, Al Jazeera reported.

George Kuruvilla, the company's chairman, said the wristbands are likely to be rolled out in May.

The country has thus far reported 20,471 cases, of which 391 are newly reported overnight. At least 652 patients have succumbed to the virus.

Speaking of the Diamond Princess — Nagasaki Prefecture on Wednesday confirmed 33 cases of COVID-19 on an Italian cruise ship with a crew of 623 that is docked for repairs. The prefecture was set to carry out further tests on the remainder of the crew.

Many LGBT people in Japan worry that catching the novel coronavirus could mean their sexual orientation is revealed against their will as authorities probe into infection routes, a supporters’ group has found.

A survey involving 180 lesbian, gay, bisexual and transgender responders by Marriage for All Japan also showed they worry about whether they or their partner will be able to receive important medical information that hospitals provide to family members if one of them becomes infected with the pneumonia-causing virus, Japan Times reported.

Flower lovers in Japan will have to wait until next year to tip-toe through the tulips after a park razed more than 100,000 stems to comply with social-distancing rules to help control the coronavirus.

Officials in the city of Sakura, 50km east of Tokyo, mowed the tulip beds at Sakura Furusato Hiroba and canceled an annual tulip festival to discourage people from congregating after a coronavirus emergency was declared last week.

"Many visitors came on the weekend when the flowers were in full bloom. It became a mass gathering so we had no choice but to make the decision to cut the flowers," Al Jazeera quoted Sakiho Kusano, a city tourism official as saying.

With 29 new deaths, Indonesia has the highest one-day fatality rise in the region Wednesday, raising death tally to 635, also largest in ASEAN.

Meanwhile, on April 22 late evening, South East Asia reports 7 out of 11 countries to have no death within 24 hours, except for Indonesia, the Philippines, Malaysia and Thailand, with 29, 9, 1, 1 respectively.

However, on the other end of the spectrum, Singapore has 1,016 new cases – highest in the region, raising cumulative infections to 10,141. Indonesia reports 283 new coronavirus infections, total infection stands at 7,418. With an addition of 111 cases in April 22, the Philippines ranks third in the list, with total infections only some 600 less than Indonesia’s. 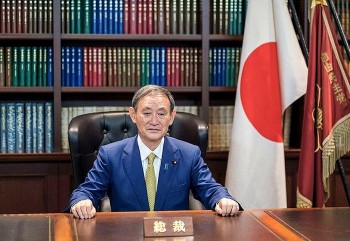