The Vietnamese version of the archival publication 'Historic outer space journey' debuted in Hanoi on April 12, on the occassion of the 40th anniversary of the first Vietnamese astronaut Pham Tuan’s flight to space and the 60th anniversary of Yu.A.Gagarin’s spaceflight.
Hannah Nguyen
ngminhphuong26@gmail.com April 13, 2021 | 11:03

The anniversary of Gagarin's historic flight on April 12, 1961, is celebrated every year in Russia as Cosmonautics Day.

On April 12, 1961, Gagarin's Vostok spacecraft took off from the Baikonur cosmodrome in Kazakhstan, then part of the Soviet Union, as the 27-year-old cosmonaut exclaimed his iconic catchphrase "Let's go!".

His flight lasted just 108 minutes, the time it took to complete one loop around the Earth, before returning to home soil.

Gagarin's pioneering, the single-orbit flight made him a hero in the Soviet Union and an international celebrity. After putting the world's first satellite into orbit with the successful launch of Sputnik in October 1957. This historic event opened the way for space exploration for the benefit of all humanity.

On July 23, 1980, Tuan became the first Vietnamese and the first Asian to travel into space. Accompanying him on the mission launched from Baikonur Space Center was his Russian mentor, astronaut Viktor Vassilyevich Gorbatko.

Prior to becoming an astronaut, he was already a national hero, the first Vietnamese pilot to shoot down a U.S. B52-bomber during aerial combat on December 27, 1972.

From the Baikonur cosmodrome, Soyuz 37 was launched into space with an international crew that consisted of Gorbatko and Tuan.

They spent eight days in space - the equivalent to 142 orbits around the Earth researching and taking photos of Vietnam from space. Gorbatko and Tuan returned to Earth on the Soyuz 36 spacecraft on July 31, 1980.

Pham Tuan brought the Vietnam national flag, Vietnamese soil and etc. along with him to space. For the first time, the Vietnamese flag is in space, showing to the world the achievement of Vietnam.

Speaking at the event, Director of the State Records and Archives Department Dang Thanh Tung said following the establishment of diplomatic ties, Vietnam and former Soviet signed a number of cooperation agreements, treaties and conventions in the fields of economy, trade, culture, education, science-technology and army, including aviation and astronautics.

The 130-page publication is a joint effort between the State Records and Archives Department and the Federal Archival Agency of Russia. It features outstanding documents and photos chosen by the Russian State Archive of Socio-Political History, the State Records And Archives Management Department’s National Archives Centre III, Vietnam News Agency and astronaut Pham Tuan. 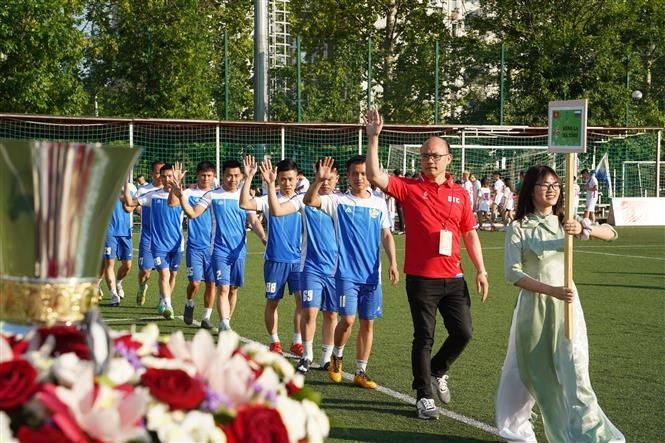 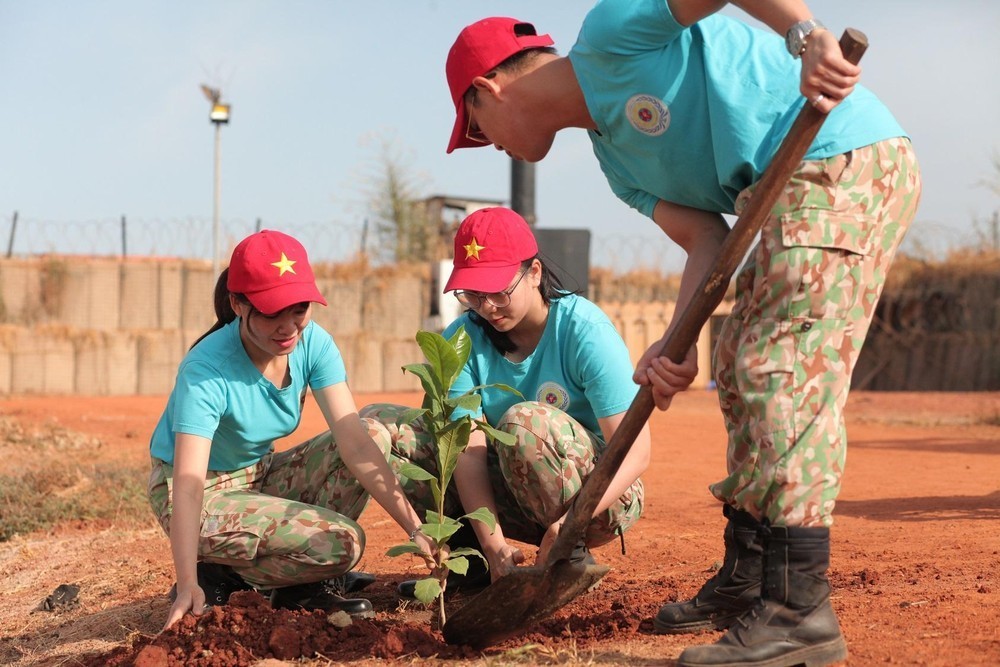 Over the past eight years, the image of Vietnamese "blue beret" soldiers serving international missions has become familiar. The "blue beret" soldiers not only make important contributions to peacekeeping, helping people in other regions carry out their tasks of economic development and environmental protection, but also promote Vietnamese culture, and introduce to international a friendly, compassionate, and peace-loving Vietnam.
August 02, 2022 | 16:23
Phiên bản di động