EU Ambassador to ASEAN: Necessity for Freedom of navigation at East Sea global

“What happens in this region matters to all of us,” EU Ambassador to ASEAN Igor Driesmans said, adding an estimated one-third of global shipping passes through the East Sea; so freedom of navigation is a global necessity.
Hannah Nguyen
April 28, 2020 | 07:22

The EU is committed to the legal order for the seas and oceans based upon international law, maritime security and cooperation, as well as the freedom of navigation and overflight, in the interest of all states, Driesmans told Vietnam News Agency on April 26.

Driesmans said the EU is concerned about unilateral actions during the past weeks in the East Sea that have resulted in mounting tensions and a deterioration of the maritime security environment, including temporary or permanent deployment of military forces or equipment on disputed maritime features, harassment or intimidation of fishing and other vessels, and attempts to unilaterally impose new administrative boundaries.

“Such actions represent a serious threat to the peaceful economic development of the region and undermine international cooperation and trust, which are crucial for effectively mitigating the impact of the COVID-19 outbreak.”

“What happens in this region matters to all of us,” he continued, noting that an estimated one-third of global shipping passes through the East Sea; so freedom of navigation is a global necessity.

Asian partners are increasingly looking to the EU to be present and engaged on security matters, and the bloc is intent on delivering on that objective through active engagement through multilateral mechanisms such as the ASEAN Regional Forum (ARF), and concrete steps with individual countries in the region such as the recent agreement on Vietnam's participation in European military and civilian missions, he said.

The ambassador went on to say that the EU is cooperating “more closely than ever” with ASEAN and will continue supporting regional ASEAN-led processes to promote a rules-based regional and international order, to consolidate multilateral cooperation, and to cooperate closely with third parties.

“In this regard, we are looking forward to a conclusion, in a transparent manner, of the talks between ASEAN and China on an effective, substantive and legally binding Code of Conduct,” the diplomat said.

He also emphasised that it is crucial for all parties in the region to exercise self-restraint and abstain from unilateral actions, take concrete steps towards reverting to the status quo ante, refrain from militarising the region and resolve disputes through peaceful means in accordance with international law, notably the United Nations Convention on the Law of the Sea (UNCLOS).

The EU encourages further engagement in confidence building measures, building trust and security in the region, he said.

Driesmans suggested concerned parties could seek third party assistance in the form of mediation or arbitration to facilitate the settlement of their respective claims.

The EU has its own experience in dealing with overlapping maritime territorial claims, so it would be happy to put that experience at the disposal of its Asian partners, he said. 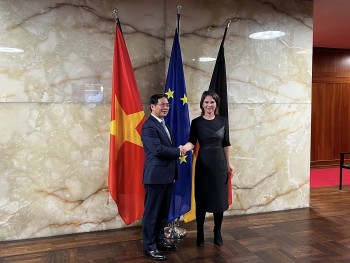 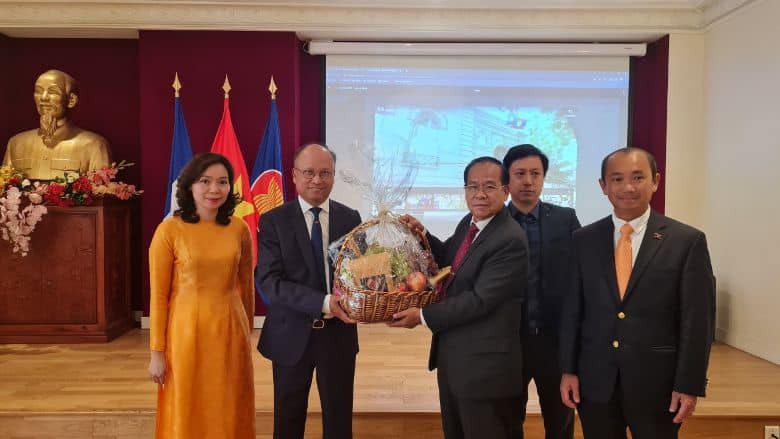