Under Tan Hiep Phat's perspective, while multinationals can easily fall far short when they try to create generic offerings for countries, authentic local products are very hard to beat. "When it comes to understanding place, no companies are "better Placed" than the local ones, which are indigenous to it", Phuong Uyen Tran noted in her book.
Jasmine Le
lehang1997hanu@gmail.com January 31, 2021 | 09:09

How does someone take a good business idea, turn it into a viable company, and over time become a national, regional, or global champion? My parents created one of Vietnam's leading companies through a combination of talent, hard work, and simply being in the right place at the right time.

But there are several guiding principles all companies should abide by if they want to be successful. They may seem obvious, and yet so many companies fail to adhere to them. It normally catches up with them in the end. This part of the book explains what they are and how THP lives by them.

WINNING BRANDS ARE THE Holy Grail for any company. Even better if companies can keep them flowing through a healthy product pipeline. Unfortunately, multinationals can easily fall far short when they try to create generic offerings for countries with very different cultural sensibilities.

By contrast, authentic local products are very hard to beat. This is because they are the only ones that truly adhere to the famous Four Ps—product, price, promotion, and place. If any one of the four is missing, the product will generally fail.

Of the four, place is often listed last, but it is dangerous to assume it is the least important. In fact, it is the other way around. And when it comes to understanding place, no companies are "better Placed" than the local ones, which are indigenous to it.

These days, multinationals try very hard to make their global brands the preferred local brand wherever that may be. "'hey fine -tun, their products and their branding messages to have maximum impact based on a target nation's language, culture, and environment. And there is a term for it too: global localization (sometimes caned glocalization).

Firms can choose to localize everything from their advertising campaigns and product packaging to the product itself. This trend first started in the 1980s, it involved very basic operational changes such as translating generic branding materials into local languages. But by the early 1990s, it expanded into adjusting products and services to suit local tastes and culture, as well.

McDonalds was one of the early pioneers as it ramped up its international expansion during that decade. In India, where cows are sacred, it sold hamburgers made with lamb and other non-beef products. In China and other Asian countries, McDonalds added rice to its menus. The restaurant chain worked hard to use local advertising, social media, and publicity outlets to encourage local receptivity toward its products.

However, even the most successful multinationals do not always realize when they are ruffling national feathers. Starbucks is a good example of how things can go wrong despite the fact it got so many things right when it entered China. For example, it correctly aligned its product offerings to local tastes—a green-tea Frappuccino anyone?

Starbucks understood that it would be more readily accepted if it adapted to the country's teahouse culture, which has prevailed for thousands of years. The company realized that success was less about selling coffee than creating a comfortable "third place" as an alternative to home and work for a growing population of young entrepreneurs to frequent.

Amazon controls online shopping in China, but JD.com. Citizens use Baidu to search online, not Google.

It also selectively blocks M&A deals. In 2009, it famously stopped Coca-Cola from buying Fluiyuan Juice in what would have then been China's largest-ever foreign buyout. Today, Huiyuan Juice is still independent and ranks as China’s largest fruit-and-vegetable juice manufacturer.

Not so in Vietnam, where street vendors abound: bicycling around the towns and cities or sitting on street corners with their cart. There are millions of them. And unlike 7-Eleven or Wai matt, they cannot carry too much stock. They can carry a maximum of fifteen different beverage products compared to two hundred in a supermarket. Making sure they have THP's products is key.

A third consideration is how much a company should spend on advertising. Many companies make false savings by trying to cut down on their advertising and marketing budgets. THP has never done this. Right from the beginning, my father understood the need to go out and sell his products and has always engaged the world's best marketers to help him do so.

For many years we used Ogilvy and Mather, Publicis, and, more recently, Dentsu. We never skimped on hiring the best talent to help us marry local insight with international marketing standards, even when we were a much smaller company than the multinationals we were competing against. In the early days, my father would religiously study how much money the multinationals were sending on their p advertising campaigns and make sure THP did the same.

In getting their message across, local companies have several key advantages. Firstly, many MNC's still do not localize their advertisements enough. They will have regional advertising plans, which treat Asia differently from Europe and the US. But they do not always go that one step further and target individual countries. 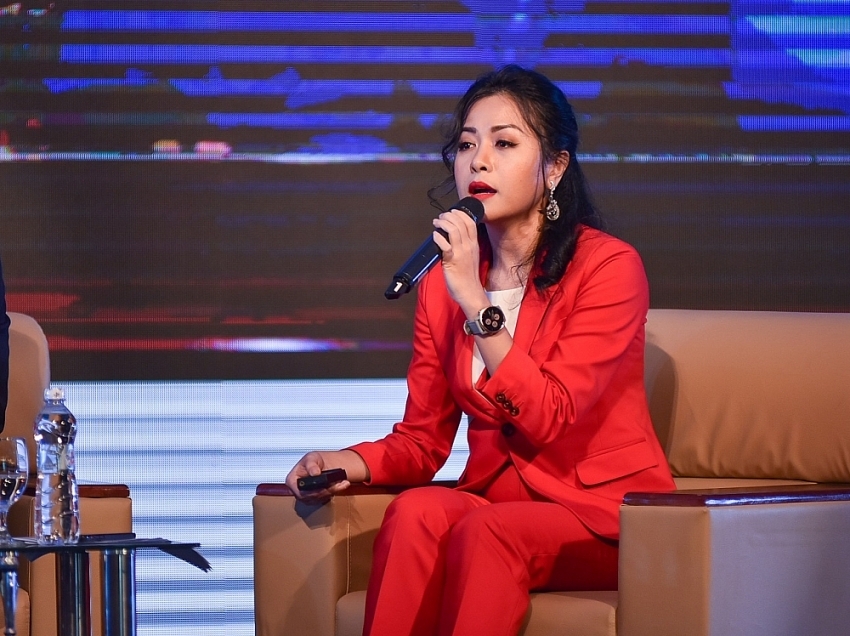 "Every year when Lunar New Year nears, we always try to do something meaningful for Tan Hiep Phat’s employees, to congratulate them on their achievements and cheer them up in the coming year"
August 01, 2021 | 11:01