Find out how 4 US dollars worth of hair from Vietnam travelled across the globe and ended up one some-ones head in a recent Business Insider video.
Zoey Nguyễn
nhungnguyenle.1209@gmail.com January 18, 2022 | 23:46

Does this sound familiar to you? You might heard it from a recorded broadcast somewhere on the streets of Vietnam. For local folks who grew up listening to this sound, it means there is someone on a bike or a motorbike, ready to offer US $2 - 4 for a piece of hair.

This sound is also the opening of Business Insider's "The true cost of the human hair trade" video. In this 7-minute long documentary, a new side of Vietnamese hair industry was revealed.

The Business Insider crew followed Nguyen - a hair buyer to meet with hair sellers. Some of the sellers are housewives, some work at hair salons, etc. She decides how much to offer based on the sellers age, the length, texture, colour of their hair, and whether it's been dyed.

It seems like hair trade a completely unregulated industry at first glance: buyers like Nguyen would just try to get hair for as cheap as possible.

The video also mention that Nguyen earns up to US $300 a month, an upper average income in Vietnam. Nguyen has had countless encounters with sellers but she revealed that she never once asked the reason why they sell the hair.

Nguyen told Insider, she sold the her to a buying agent for US $11 and said her markup is between 20% and 50%.

Vietnam exported $7.6 million worth and hair products like rigs and weaves in 2019. That's almost nothing compared to China, where exports added up to more than $1 billion.

A Vietnam hair export company named Apohair was also interviewed for a different perspective. The factory owner told Insider they charge higher prices for products that reflect their responsible practices.

Still, viewers can see that many people selling their hair live in poverty. People will not cut their hair unless they need money or unless they are parting with it for religious reasons.

That's the case in India where Hindu devotees donate their hair to temples that later auction it to factories. That this kind of desire for human had. They wanted to be human, but they don't want the human story that goes with the her because that human story often involves.

"Hair has such intimate fiber but it's also a body product at the same time, and I was fascinated how something that is so intimate could actually be commodified and travel around the world, and end up on the head of somebody else.", said Emma Tarlow is a professor of anthropology.

This is the reason why human hair industry is fascinated according to experts.

An American stylist was also interviewed, showing the global impact of hair trade. Stylist Karen Mitchell has been selling hair for more than 15 years. She says she has high profile clients like world stars Lizzo and Brianna. As for customers in Manhattan, 65 to 70% are black woman, also Caucasian, Asian, Hispanic women and Indian women, said Karen.

Something a mother in Vietnam sell to pay her daughter's tuition ended up to be a luxurious accessory. Luxurious $2000 hair was considered to be the Rolls Royce of hair extensions.

Her regular customer spends up to $200 a month on hair extensions. Real hair last longer and feels more natural than plastic, but it comes with a high cost. Still people with high incomes go for it.

Before the pandemic, the value of the global hair trade was growing at around 15% a year. It totaled $1.3 billion in 2019. Anything made with natural hair is labeled as luxury and some of her extensions cost up to thousand dollars. 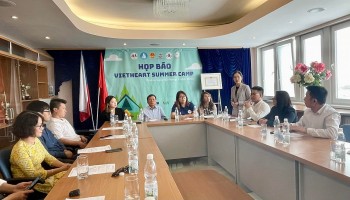 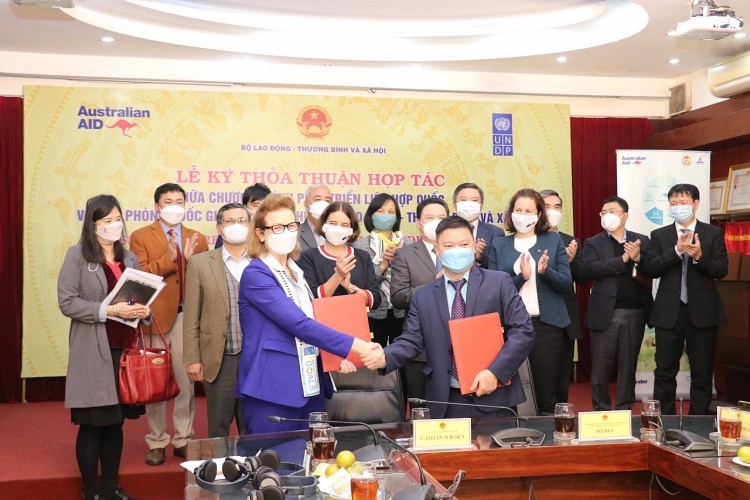 UNDP, Australia, and Viet Nam Renew Cooperation for Poverty Reduced Half by 2025

The launch of the Joint UNDP-MOLISA-DFAT project: “Programme development and policy advising on multidimensional and sustainable poverty reduction, 2021 – 2023”; and signing the memorandum of understanding between UNDP and National Coordination Office for Poverty Reduction, Ministry of Labour – Invalids and Social Affairs (MOLISA), took place in Ha Noi on the afternoon of Feb 28.
March 01, 2022 | 09:50