When visiting U Minh Ha forest in Ca Mau province, tourists will see by their own eyes the process of raising bees and taste a cup of sweet and golden natural honey.

Impressed by writer Son Nam's articles about the South, I was determined to reach the lowest land on Vietnam's map to learn about the "Scent of Ca Mau's forest" and taste the sweetness of honey in the melaleuca forest. We took a trip in 2020 to find out.

The vast U Minh Ha national park in Ca Mau was recognized by UNESCO as a world's biosphere reserve with a unique wetland ecosystem, melaleuca forest on peatland, and a variety of precious flora and fauna. The forest is home to bees that make honey from Melaleuca flowers, which bloom most brilliantly between March and April every year.

The forest, which covers an area of about 30,000 hectares, is a huge source of Melaleuca flowers for bees to make honey. It is estimated about 1,000 tons of honey are produced in U Minh Ha forest per year, 800 of which are harvested by farmers.

My friends and I were very excited to enter the forest, but the professional bee hunters advised us not to rush. He slowly poured out a cup of honey and invited us to taste it first. He said: "Try this, and see how delicious it is. The more delicious the honey is, the more excited I am to enter the forest." The honey in U Minh Ha forest is clear and golden like orange juice, with a sweet, rich flavor and gentle aroma.

People in Ca Mau in particular often call those who hunt for honey in the wood "rafter makers" or "bee eaters." In fact, those are two steps in raising bees and harvesting honey. "Rafter makers" built rafters for the bees to live on, while the eaters harvest the honey.

Local people built houses for the bees deep in the Melaleuca forest. Depending on each eater's expertise, honey is harvested from 30 days to a few months after the bees started to make honey. To harvest honey at the most suitable time, eaters must visit the bees' houses regularly. By that method, the bee-eaters are very familiar with every deep corner of the forest.

In U Minh Ha, people "eating the bees" all year round. Hunting for honey is always hard, in either the rainy or sunny season. Those who build houses for the bees might be called artisans because they have to be very skillful, calm, and brave. They must understand the bees' behavior to approach and get their honey. To built houses for the bees, local people must first prepare the rafter set, including the rafter body, support pillars, and rafter crutch. The set is made from melaleuca trunks, 10-15 cm in diameter each, well-peeled and dried. According to Khanh, owner of Muoi Ngot tourist area, the most suitable areas to built rafter on low melaleuca trees surrounded by many flowers in a quiet area, with sunlight shining down on the rafter.

Rafter should be built around mid-lunar-November when the rain has already washed away the smell of iron left on the rafters when being cut by iron blade. The bees cannot stand the smell of iron, so they avoid rafters having that smells.

Listening to rafter makers explain their job, my group realized how meticulous this profession was. To become a good rafter maker, a man must devote all his youth. No matter how challenging his job is, Khanh, who has been in the business for 21 years, is still excited when talking about his job. He enthusiastically shared with us about the forest like a truly experienced guide.

We went to the forest in lunar April, when the white melaleuca was in full bloom. Our group was divided into two small groups, one tried making the rafters, one harvested the honey, or "eating the bees". Honey should be harvested at the end of the sunny season. If harvested in the rainy season, its flavor will be plainer.

We were amused when finding U Minh Ha's beehives, some of which were meters long, shining under the sun. Each hive had from three to five litters of honey. The big ones could contain up to dozens of litter.

The group that went eating the bees had prepared necessary equipment, including a torch made of dried coir to smoke the hives, a bowl of beeswax, a knife, and nets to covered out bodies to prevent bee stings.

We were all excited and nervous in the morning when we went to harvest the honey. We waded through the forest and then rowed a canoe to approach the beehives. It was in the dry season, so there was a little wind. We faced difficulty when burning the torch. We approached the giant beehive, blew smoke from above to scare the bees away, then cut the honeycomb with a knife, separated the honeycomb from the big hive. We then cut the black part out of the hive, leaving about 1/3 of the hive for bees to built new ones. I panicked when clumsily made a noise that sent dozens of bees flying out. I got stung but did not kill any bees. We were well advised that U Minh Ha people regarded bees as friends and that we were all sharing the gift of mother nature.

Watching the professional bee-eaters touching the hives, we were afraid that they would be stung. However, they gently "caressed" the hives, trying not to damage them. With the motto of "harvesting but not damaging," those men saw themselves as "forest guardians."

With their experience, the bee-eaters smoke the hives so that the bees could not recognize our presence. Rafters on which the bees built their hives were taken out of the forest as their trophy. On the boat going back to the wharf, everyone enjoyed a piece of fresh honey and the unbelievably delicious honeycomb, a reward for an adventurous morning in the forest.

Soft baby bees release milk mixed with honey is a specialty cherished by the U Minh people. The unique "bee-eating" profession is associated with the history of the South. The profession was recognized by the Ministry of Culture, Sports, and Tourism as a national intangible cultural heritage. Following the bee-eaters deep into the U Minh Ha forest, you will understand how precious the profession is and why it worths preserving.

When the beehives with honeycombs were brought back to the village, our exciting "bee-eating" day ended. 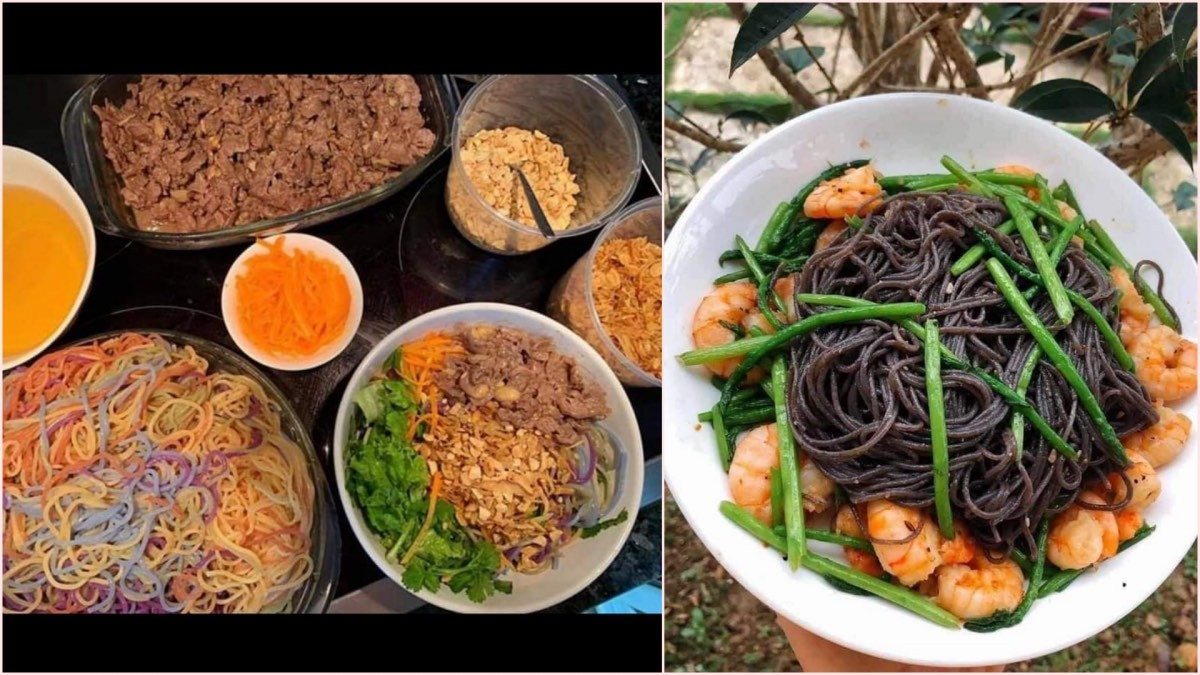 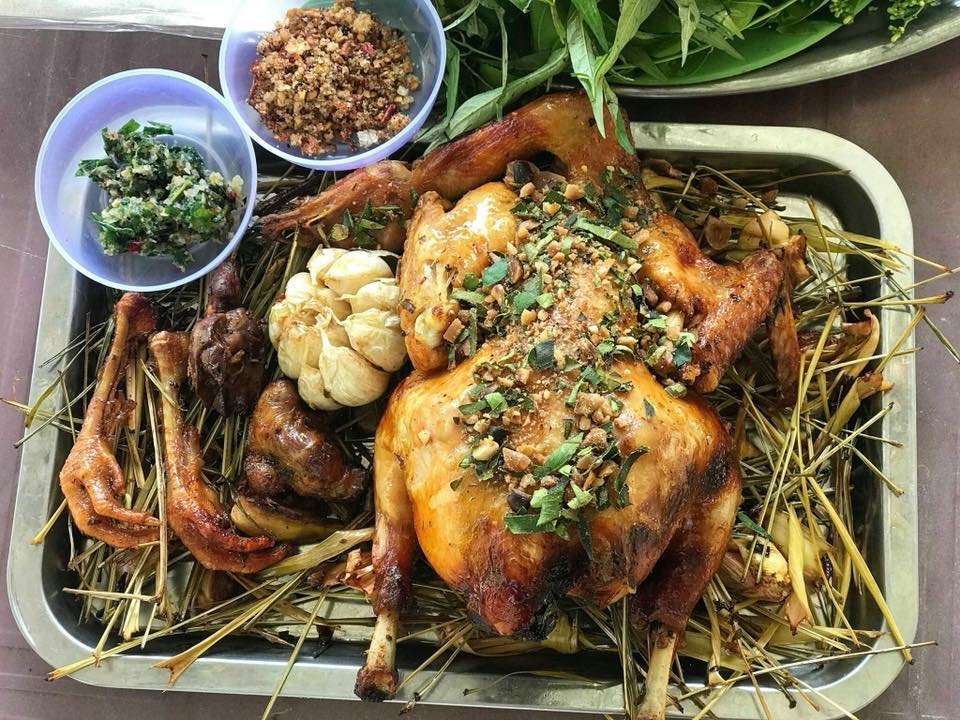 Tri Ton is the biggest district in the Mekong Delta province of An Giang. The vast district has a wide range of tasty dish. Every bite will transport you to the southern Vietnamese paradise.
July 21, 2021 | 11:29 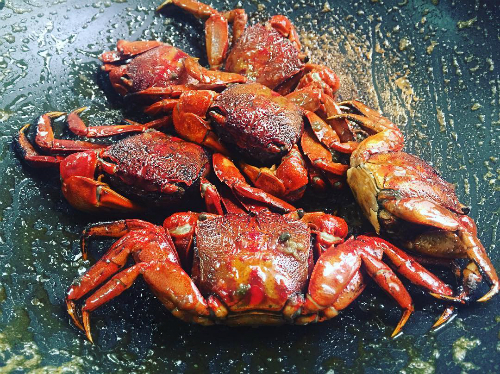 Ca Mau province has many culinary specialties, in which salted and fermented ba khia (three-striped crab) is one. It has even been recognized as a national heritage profession.
July 06, 2021 | 06:42