It is expected that there are two widespread snowfall with two western disturbances battering India. Meanwhile, the air quality in Delhi and National Capital Region ramains at poor level.
Ruby Lee
lethanhha8991@gmail.com December 05, 2020 | 13:45

Both maximum and minimum temperatures in most parts of Northwest India are likely to be marginally above normal till December 10 due to clouding and a change in wind direction associated with the WDs. But the temperatures are likely to fall significantly once both WDs pass and icy cold winds from the Himalayas start blowing over northwest India, scientists said.

“There is a change in wind direction to easterly already due to the WD which is why temperature is also marginally higher. Air pollution levels may go up over the weekend due to a reduction in wind speed. The second WD is likely to be more intense and bring widespread snowfall to Jammu & Kashmir and Himachal Pradesh. Until December 10, we are expecting the minimum temperature to hover around 8 degrees C,” said Kuldeep Shrivastava, who heads the Regional Weather Forecasting Centre.

According to Hindustan Times, the air quality in Delhi and National Capital Region deteriorated on Friday. It is likely to improve marginally but will remain in the “very poor” category on Saturday and Sunday. The Air Quality Index on Friday was 382 in the “very poor” category in Delhi. Ghaziabad, Greater Noida, Kanpur, Lucknow, Meerut, and Noida recorded severe air quality.

Cyclone Burevi, which weakened to a depression on Thursday close to Ramanathapuram coast, remained stationary for 30 hours till Saturday morning. The associated wind speed is about 40 to 50 km per hour gusting to 60 km per hour. It is likely to remain stationary and weaken further, scientists said. Thereafter it will move west-south-westwards across Ramanathapuram towards Kerala and then weaken into a well-marked low-pressure area.

According to Skymet Weather, a cyclonic circulation over Malay Peninsula is persisting. A fresh Western Disturbance is over North Pakistan and adjoining Jammu and Kashmir. Cyclonic circulation is over East Uttar Pradesh and Bihar.

During the next 24 hours, moderate to heavy rains will continue over South coastal Andhra Pradesh, coastal Tamil Nadu and parts of Andaman and Nicobar Islands.

“We are expecting the deep depression to degenerate in the Gulf of Mannar because the water is very shallow there. The depression, or low-pressure area, may emerge into the Arabian Sea but its intensification is unlikely. Consecutive cyclones also lead to marginal cooling of seawaters which is why there is no intensification of cyclones which develop later,” said Mahesh Palawat, vice president, climate change and meteorology at Skymet Weather. 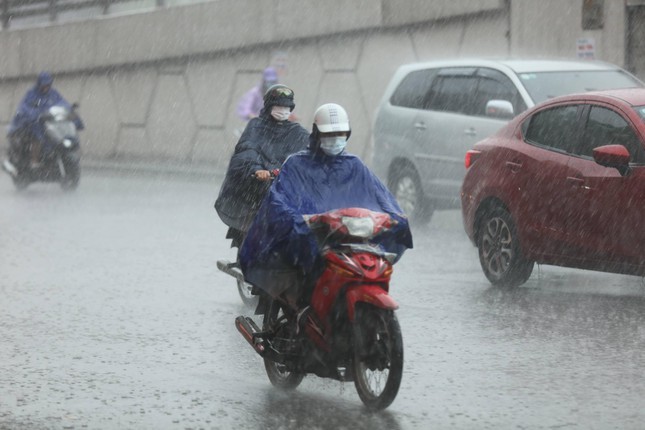