The annual Wide Open Space festival 2020 in Australia has been put off till April 30-May 2 next year as the COVID-19 is going rampant across the world, disappointing many festival punters.
Jasmine Le
April 10, 2020 | 21:52

However, with the advent of the novel coronavirus, this year’s WOS has been forced postpone, along with bunches of other entertainment activities and festivals in the country.

The news was announced March 16, which has probably been a disappointment to WOS punters.

The cancellation of WOS is part of Australia’s government efforts to put a ban on all unnecessary events that contain crowds of over 500 people, which is bad news for most performance venues and all major music festivals.

Given the unique nature of the festival being held in a remote area, there are concerns surrounding how the festival may impact the already strained flow of resources in the region, Happymag reported.

In a public statement about their decision to postpone Wide Open Space said:

“This decision has not been taken lightly. The WOS team has a duty of care for our crew, audience and the broader Central Australian community which we take very seriously. We understand that if we were to proceed with the event, we could be exposing many people to potential infection and this would put undue pressure on the already limited health resources available in the region. WOS brings people together from around the country and across Central Australian communities and we must take this into consideration as part of our duty of care.”

Earlier in February, the country’s been preparing for the big event this May, after taking a gap year in 2019 to work on re-strategizing and further developing the systems.

In mid-January the festival organizers have announced its first stack of artists to its 2020 lineups, including Aussie hip-hop legend Briggs, Sampa Th Great.

The coming appearance of celebs at the festival has stirred the country, espcially the youngsters. Given how anticipated WOS fans are, the postponement is sure quite a letdown for them. 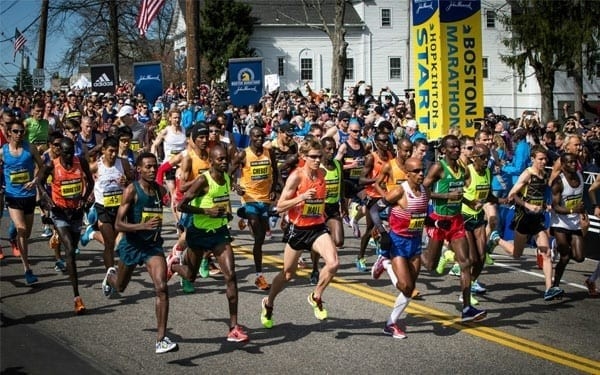 Boston Marathon to be postponed to September 2020

The world's oldest running marathon Boston Marathon has to be postponed its time from April 20 to September 14 due to nCoV concerns.
April 10, 2020 | 16:20