Museums worldwide at the risk of being shut down by the pandemic, warned the UN

Museums are hesitantly starting to reopen as the coronavirus lockdown is relaxed in many nations across the world. However, experts say that one in eight could face permanent closure because of the COVID-19 pandemic, reported AP.
Tony Nguyen
thuannv@msedu.edu.vn June 01, 2020 | 06:15

On the occasion of International Museum Day (May 18), two studies by the UN Educational, Scientific and Cultural Organisation (UNESCO) and the International Council of Museums (ICOM) said that museums have been especially affected by the COVID-19 pandemic, with nearly 90 percent of them, or more than 85,000 institutions, having closed their doors for varying lengths of time during the crisis.

"It is alarming data that we are giving", Ernesto Ottone, Assistant Director-General for Culture at UNESCO said in an interview with the Associated Press (AP). According to Ottone, the problem cuts across the board, affecting museums big and small, new and established, featuring art or science.

Museums that indicated they might well not reopen "have been closed for months and they have no revenues. And they don’t know how they’re going to get their revenues", he said, emphasizing that, when they reopen "they won’t have the capacity to update their infrastructure" to conform with social distancing and other pandemic precautions.

Raf Casert, reporter of the AP noted that some costly blockbuster shows have suffered heavy damage this spring. A once-in-a-lifetime exhibit bringing together fragile paintings by Flemish master Jan van Eyck had barely opened in Ghent, Belgium, when it was abruptly canceled. It won't be resumed, as many of the works were on loan and had to be returned.

In Rome, a similar supershow on Renaissance artist Raphael had to close after just three days, but was able to hold on to all 120 works and will now reopen June 2 through Aug. 30.

UNESCO and ICOM shared with the AP a fact that nearly 13% of museums around the world may never reopen. While the situation is even getting worse in poorer countries, things are pretty bleak in wealthy countries, too.

"Museums play a fundamental role in the resilience of societies," UNESCO Director-General Audrey Azoulay said. "We must help them cope with this crisis and keep them in touch with their audiences."

The study conducted by ICOM highlights the fact that museums that have been deprived of their visitors will face a decrease in their income. More specifically, the Network of European Museum Organizations (NEMO) said large institutions in tourist hotspots like Paris, Amsterdam, or Vienna have suffered income losses of up to 80 percent, "that can reach hundreds of thousands of dollars a week". Similarly, other places such as the Stedelijk and Rijksmuseum in Amsterdam, or the Kunsthistorisches in Vienna, could lose up to 2.5 million euros ($2.75 million) a month.

Ottone said matters were particularly tough in Latin America, "where 99.4% of all museums are closed right now."

It is little wonder that royalty and prime ministers are now lining up to boost their cultural institutions.

"We have to show our support at the maximum level to this sector by coming here, to show that they are open again and that people can come back here in complete safety, but also by taking measures and decisions... to support them, ” said Belgian Prime Minister Sophie Wilmes.

The AP observed and found that across Europe, such reopenings provide some hope:

In Berlin, four museums and one special exhibit that reopened had 10,000 visitors over the past week - about 43% of last year’s level for the same week. Visitors need to buy tickets for a particular time slot, which limits the number of visitors.

In Italy, one-time epicentre of the pandemic in Europe, the Villa Borghese and the Capitoline museums, both home to Caravaggio paintings and Bernini sculptures, reopened recently.

There’s still no reopening date set for Italy’s biggest cultural draws, including the Uffizi in Florence and the Vatican Museums or the Colosseum in Rome.

The same goes for France. Big hitters, such as the Louvre - the world’s most visited museum - and the Pompidou Center remain shuttered after an easing of restrictions May 11. The Louvre announced recently it is planning to reopen on July 6. Greece reopened its ancient sites - including the Acropolis - on Monday, and set a June 15 date for museums.

It is noticed that the situation remains dire amid uncertainty over when tourism, a lifeline for most museums, will resume.

"It’s going to be a very, very difficult year," said Pierre Coulon, Operation Director for Public Affairs of the Royal Belgian Institute of Natural Sciences Museum. "And we don’t know exactly how long it will last and when we will recuperate a normal income".

Despite the negative picture of the industry, recently, in a tweet, Secretary-General Antonio Guterres said that museums may be temporarily closed, but they remain a source of knowledge and discovery for many -- now through virtual tours in particular, according to Rediff.

There are currently 11 biosphere reserves in Vietnam, that belong to the World Network of Biosphere Reserves.
October 10, 2021 | 16:15 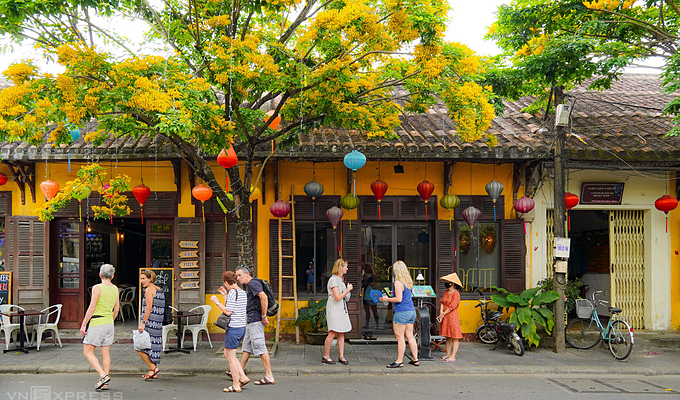 Vietnamese people are excited for tourism to return, according to the Welcome Back to Travel survey released by the online travel platform Agoda.
October 09, 2021 | 23:20 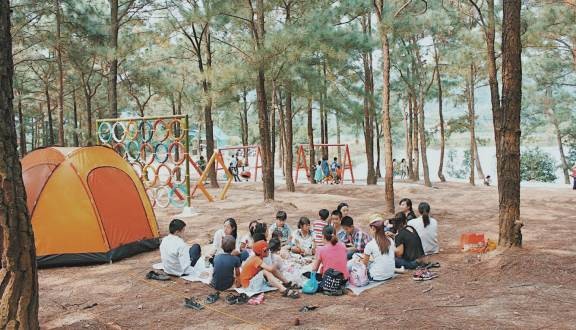 The Sverd I Fjell, an prominent monument created be the Norwegian sculptor Fritz Røed, are giant swords in stone located in Hafrsfjord, a suburb of the city of Stavanger in Norway.
October 20, 2021 | 07:44

If you are looking to celebrate your Christmas somewhere else outside the country, then Canada can be the perfect choice for you with these 10 best and most idyllic places to have a wonderful Christmas holiday with your friends and families.
October 19, 2021 | 23:32

Caves are the creation of nature, charming any tourists with their mysterious and an air of danger, waiting for humans to explore the deepest secrets inside them. Take a look at these magnificent and beautiful caves around the world that you must visit once in your lifetime.
October 19, 2021 | 16:16