According to a government-appointed commission on Monday, Norway should consider excluding Covid-19 vaccine made by AstraZeneca and Johnson&Johnson from inoculation programme due to its potential and halmful health side-effects, even though they were said to be rare.
Chau Polly
May 11, 2021 | 12:43

However, those who volunteer to take either vaccine should be allowed to do so, it said, stressing the importance of dispelling any vaccine hesitancy, according to Reuters.

Norway suspended the AstraZeneca vaccine rollout on March 11 after a small number of younger inoculated people suffered a combination of blood clots, bleeding and a low platelet count.

The Norwegian Institute of Public Health (FHI) urged on April 15 that the AstraZeneca shot be dropped entirely but the government sought the advice of its commission on both it and on the J&J shot, which has not been used in Norway despite European Medicines Agency (EMA) approval.

“Based on this knowledge, we have arrived at a recommendation that the AstraZeneca vaccine be removed from the coronavirus vaccination program in Norway,” Geir Bukholm, director of infection control at the National Institute of Public Health, said in the statement.

Explaining its recommendations, the commission said eight Norwegian cases of severe clotting had been linked to the AstraZeneca vaccine, and four of those recipients had died.

“Great emphasis must be placed on maintaining confidence in the national vaccination scheme so that immunity can be established in the population in multiple potential rounds of vaccination in the coming years,” it said.

Health Minister Bent Hoeie told a news conference: “The government will use this as a basis for its decision, together with recommendations from the Institute of Public Health, on whether to use these vaccines.”

He did not say when the government would make its decision.

The FHI cited the same rare adverse reactions as its reason on Monday for advising against use of the J&J shot.

AstraZeneca said it was awaiting the Norwegian government’s final decision.

“We will continue to collaborate with the regulators and local authorities in order to provide all available data to inform their decisions,” it said in a statement to Reuters.

Johnson & Johnson did not immediately reply to a request for comment.

Following is an outline of countries that have restricted or suspended use of COVID-19 vaccines from AstraZeneca and Johnson & Johnson, after Europe confirmed possible links to rare blood clots.

J&J and AstraZeneca have stated that no clear causal relationship has been established between the clots and their vaccines. The European Medicines Agency has so far maintained that the benefits of both the shots outweigh any risks.

Recommended on April 8 that people under 50 should get Pfizer's COVID-19 vaccine in preference to AstraZeneca's.

Vaccination committee has said an alternative should be given for people under 30 where possible, but that people who have received a first dose of the vaccine should get a second shot.

Suspended use of vaccine on April 19 for women below 60 years who are at increased risk of thrombosis.

Said in early April it would pause offering the vaccine to people under 55 and require a new analysis of the shot.

Suspended use for people under 60 on April 7.

Is using vaccine only for people aged 55 and over. On April 9, recommended that people under 55 who have had a first dose of the AstraZeneca shot should receive a messenger RNA vaccine for their second dose.

Is using only for people aged 65 and over.

Is using only in medical centres Russian news agency TASS reported on March 19.

Restricts use to those aged over 60. Recommended on April 1 that people under 60 who have had a first dose of AstraZeneca should receive a different second shot.

Is using the vaccine but has warned against giving it to people with a low blood platelet count.

Said on April 12 it was restricting use of the vaccine to those over 60.

Recommends use only for people over 60.

Drug regulator Cofepris said on April 7 it did not "at this time" plan to limit the vaccine's use but was investigating the information raised by Britain.

Said on April 8 it would limit use of the vaccine to people over 60.

Health minister said on March 31 the vaccine would be limited to people aged over 60 as a precautionary measure.

Said on April 19 it would resume administering the vaccine to under-60s after having temporarily suspended use on April 8.

Resumed use of the shot for people aged 30 or older on April 12 after suspending use in under-60s on April 7.

From April 8, giving the vaccine only to people over 60.

Using for people aged 65 and older.

Countries where AstraZeneca vaccine use is suspended

Said on March 18 it was suspending administration of shots the country was due to receive.

Said on April 14 it would stop using the AstraZeneca vaccine, the first country to do so. On April 19, Ritzau news agency reported that authorities may permit people to choose to have the vaccine.

The government suspended administration of the shot on March 11 and is assessing whether to follow an Institute of Public Health recommendation to end its use.

J&J said on April 20 it would resume rollout of the vaccine in Europe with a safety warning after regulators said they found a possible link to rare blood clotting issues but backed its overall benefits against any risks.

Use in the EU was not yet widespread as the company began deliveries only in the week of April 12. At least seven EU countries resumed use of the vaccine following the regulator's decision.

Countries that resumed use of J&J vaccine

Health regulators said on April 23 the country can immediately resume use of the J&J vaccine, ending a 10-day pause.

Government said on April 21 that it plans to start using the vaccine the following week.

The health ministry said on April 21 it will soon start delivering the vaccine to federal states for use in vaccination centres. On April 23, the country decided not to impose limits on use.

Plans to start rollout on May 5 after suspending vaccinations on April 19.

Health ministry on April 20 recommended the vaccine be used for people over the age of 60.

Resumed use of the vaccine from April 21.

Researchers hope to resume a study using the vaccine in the week of April 26, to immunise healthcare workers.

Delayed J&J rollout at the company's request on April 14.

The health authority said on April 21 it expects to announce its decision the following week.

The Public Health Agency said on April 19 it was extending its recommendation against starting vaccinations. 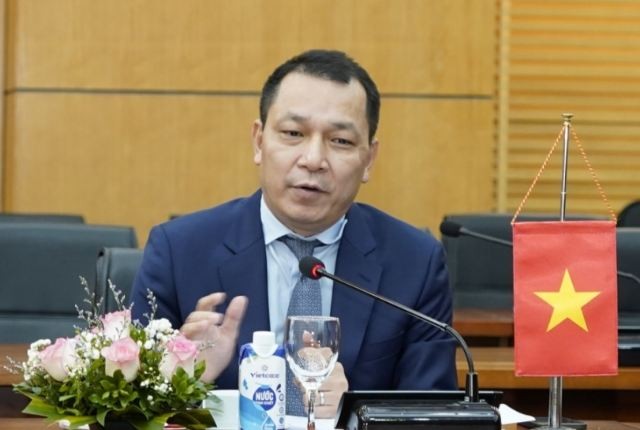 Vietnamese photographers have once again triumphed in Pink Lady® Food Photographer of the Year 2022 in the UK.
April 27, 2022 | 15:01
Phiên bản di động