Amid the rising of the new Covid-19 variants that threat millions of lives, one of strongest weapons that might help curbing the spread of the variants in the United States and worldwide may be a vaccine that the FDA hasn't approved yet.
Chau Polly
March 01, 2021 | 08:19

Earlier this month, the World Health Organization gave the go ahead for the Oxford-AstraZeneca vaccine to be used internationally, and it is already being distributed in countries around the world to help fight COVID-19. But AstraZeneca is awaiting the results of clinical trials in America, which it expects to wrap up in the coming weeks, before it makes its application to the FDA, CBS News reported.

In the meantime, buoyed by the fact that their vaccine is relatively easy to update, scientists at Britain's Oxford University are modifying it in a preemptive strike to prevent new coronavirus variants, including the variant first discovered in South Africa, from taking hold.

Chief designer Professor Sarah Gilbert told CBS News that her team has already been working for months on modifying their vaccine to tackle new variants of the coronavirus and expects to have a new version ready in the fall.

The ability to turn on a dime is down to the "plug and play" platform used in the original Oxford vaccine, Gilbert said.

"You decide what antigen you want to use from the virus you want to make a vaccine against, exactly which version of it, and then you just slot it in and you make your vaccine," she said.

She also stressed that, because Oxford has its own biomanufacturing facility on campus, modifications can be fast-tracked.

"We've established our pipeline," she said. "We make the first seed of stock of the vaccine in the manufacturing facility in Oxford. That's just a few minutes away from here on campus."

Gilbert said that a modified vaccine — to take on not just the South African variant, but a number of variants of concern — could be rolled out in the United States in a matter of months.

"We've seen the first widespread use of a vaccine in a setting where there's been a new variant that's emerged," Oxford Vaccine Group head Andrew Pollard told CBS News. "The vaccine has an impact against that variant. That is astonishing."

Part of the reason for that success is the 12-week gap between shots in the U.K., rather than the four-week program currently standard in the U.S., Pollard said.

"If you give that vaccine to many, many more people as the first dose, that ends hospitalization and deaths immediately, while if you give two doses close together, you'll be selfishly giving those two doses to half the number of people, slowing down that rollout and the protection of the population," Pollard said.

With more than 500,000 people dead in the U.S., and new variants continuing to emerge, the need to roll out more shots more quickly has never been higher.

Covid variants: What are they and will vaccines work?

New variants of coronavirus are emerging that are more infectious than the one that started the pandemic.

One of these, first found in Kent, could become the world's dominant strain, the head of the UK's genetic surveillance programme has predicted, according to BBC.

There are concerns vaccines may not work quite so well against some variants.

There are many thousands of different versions, or variants, of Covid circulating.

Experts' concerns focus on a few:

A UK or Kent variant (also known as B.1.1.7) now dominant in much of Britain, which has spread to more than 50 countries and appears to be mutating yet again.

A South Africa variant (B.1.351) found in at least 20 other countries, including the UK.

A variant from Brazil (P1) detected in four travellers to Japan.

The UK is stepping up testing to find and stop cases spreading.

It's not unexpected that new variants have developed - all viruses mutate as they make copies of themselves to spread and thrive.

Most of these differences are inconsequential. A few can even be harmful to the virus's survival. But some can make it more infectious or threatening.

There is no evidence that any of them cause much more serious illness for the vast majority of people who become infected.

As with the original version, the risk is highest for people who are elderly or have significant underlying health conditions.

For the UK variant there is some research suggesting it may be associated with a 30% higher risk of death. The evidence is not strong and the data is still uncertain though.

Measures such as washing your hands, keeping your distance from other people and wearing a face covering will still help prevent infections. Because the new variants appear to spread more easily it is important to be extra vigilant.

The UK, South Africa and Brazil variants could be much more contagious or easy to catch.

All three have undergone changes to their spike protein - the part of the virus which attaches to human cells.

As a result, they seem to be better at infecting cells and spreading.

Experts think the UK or "Kent" strain emerged in September and may be up to 70% more transmissible or infectious. The latest research by Public Health England puts it between 30% and 50%.

The South Africa variant emerged in October, and has more potentially important changes in the spike protein. Experts have recently found a small number of cases of the UK variant that have one of these more concerning changes too.

It involves a key mutation - called E484K - that may help the virus evade parts of the immune system called antibodies.

The Brazil variant emerged in July and has this E484K mutation too.

Current vaccines were designed around earlier versions of coronavirus, but scientists believe they should still work against the new ones, although perhaps not quite as well.

Early results suggest the Pfizer vaccine protects against the new variants, but is slightly less effective.

Two new coronavirus vaccines that could be approved soon - one from Novavax and another from Janssen - appear to offer some protection too.

Data from the Oxford-AstraZeneca vaccine team suggests it protects just as well against the new UK variant. It offers less protection against the South Africa variant - although it should still protect against severe illness.

Early results from Moderna suggest its vaccine is effective against the South Africa variant, although the immune response may not be as strong or long-lasting.

Variants could emerge in the future that are more different again.

Even in the worst case scenario, vaccines could be redesigned and tweaked to be a better match - in a matter or weeks or months, if necessary, say experts.

As with flu, where a new shot is given each year to account for any changes in circulating flu viruses, something similar could happen for coronavirus.

Scientists around the world are on the look-out and any important ones will be closely studied and monitored.

Experts are already working on updating coronavirus vaccines. The UK Government has announced a deal with biopharmaceutical company CureVac to develop vaccines against future variants, with a pre-order of 50m doses.

Urgent testing for the South Africa variant and other new versions of coronavirus with the E484K mutation is being done in parts of England. 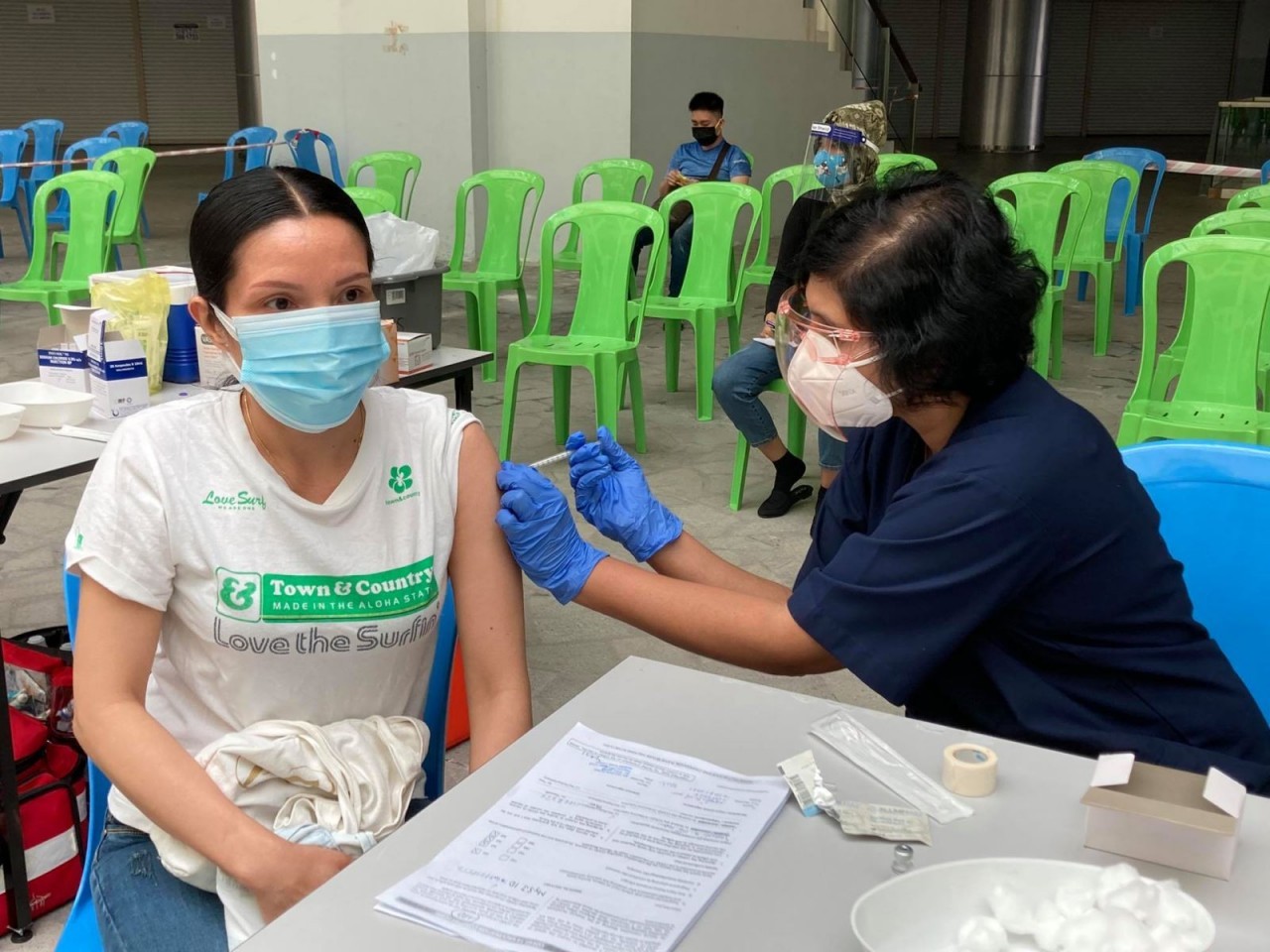 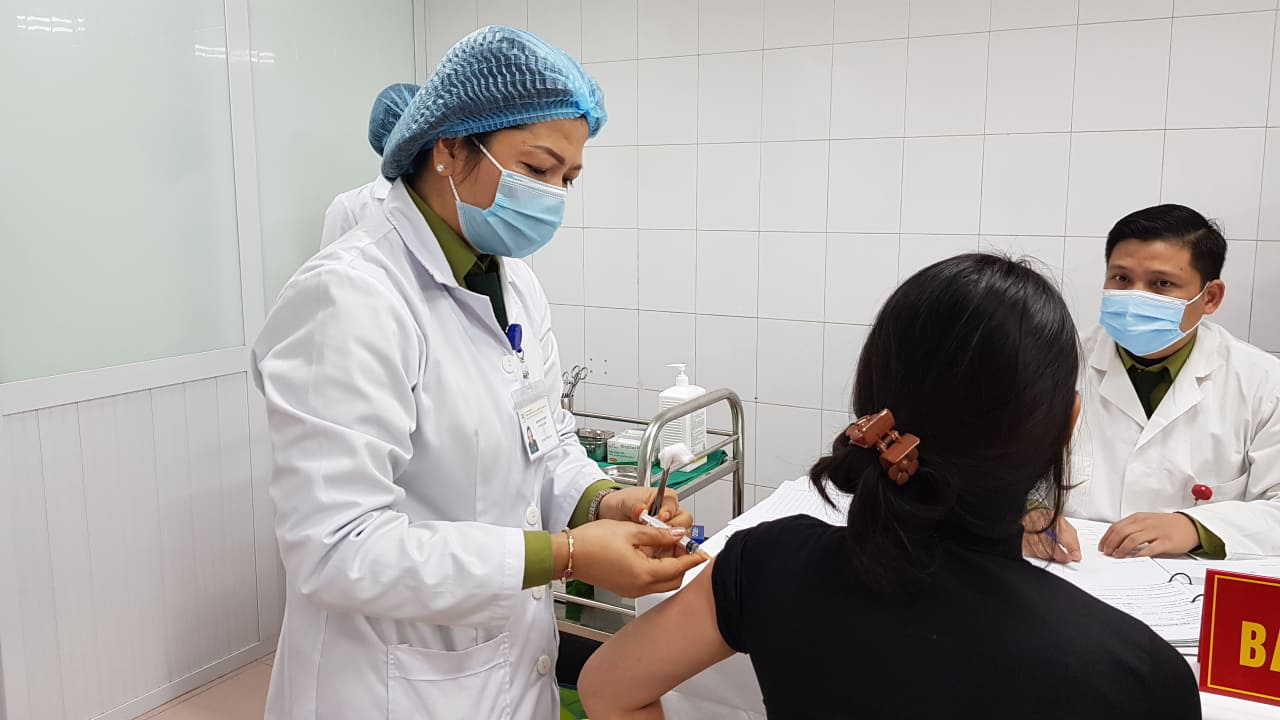 Positive developments with vaccines made in Vietnam

In early June 2021, the third phase of the clinical trial for the Nano Covax vaccine will be carried out to evaluate the vaccine’s effectiveness. At this phase, shots of 25mcg dose will be tested.
May 30, 2021 | 16:57 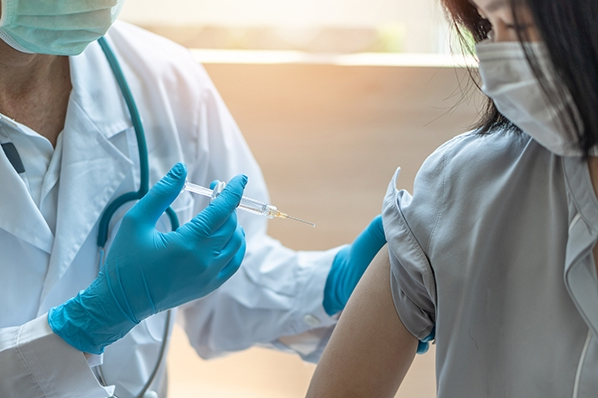 Covid vaccination tours to US suspended until year end

Covid vaccination tours to the US caused controversy relating to pandemic risk and customers' interests.
May 25, 2021 | 18:48