During a teleconference with COVAX Facility Office Managing Director Aurélia Nguyen, the Vietnamese leader highly valued the role of COVAX in seeking supplies, coordinating and fairly distributing Covid-19 vaccines around the world, which has significantly contributed to common efforts to control the pandemic.

Covid-19 is a global issue which requires a global approach and stronger and more effective international cooperation to prevent, roll back, and control the pandemic, Chinh was cited by VietnamPlus as saying.

In the short term, it is necessary to support the equal access to Covid-19 vaccines and drugs via multilateral and bilateral mechanisms, he noted.

The PM affirmed Vietnam’s consistent policy of putting people’s health and safety first and above all, and that the country is striving to achieve vaccine coverage of the entire population as fast and soon as possible.

Since July 2021, Vietnam has carried out the largest vaccination campaign in history and effectively used the acquired vaccines on the basis of the guidelines issued by the World Health Organisation (WHO) and the COVAX Facility, he added.

PM Chinh said Vietnam is facing vaccine-related difficulties, so to ensure sufficient vaccines for people, he asked COVAX to prioritise allocating vaccines to Vietnam as fast and much as possible, especially in September, October, and November, and to fulfill the vaccine provision agreement with Vietnam in 2021.

The country has conducted and will continue the fast and most effective administration of the vaccine doses it has received, he affirmed, adding that it is ready to provide all necessary information so that COVAX can consider distributing vaccines to Vietnam early.

At the meeting, he asked COVAX to coordinate and supply the Moderna vaccine for Vietnam in order to inoculate people with the second doses, while helping connect and share information about countries that are likely to have spare vaccines or those that have been given but do not use vaccines immediately so that Vietnam can borrow or purchase.

The PM also called on the Facility to assist Vietnam to enhance cooperation with international partners in vaccine and drug production and to access sources of vaccines for people under the age of 18.

He noted that in the spirit of international solidarity, the country has contributed 500,000 USD to COVAX, and it is considering more donations to the Facility. It has also actively engaged in global efforts against the pandemic.

For her part, Aurélia Nguyen highly valued Vietnam’s achievements in the Covid-19 fight, noting that the country has carried out vaccination in a smart, scientific, transparent, timely, and effective manner.

The Facility will exert every effort to realise its commitments to Vietnam, she said, adding it will continue allocating 85 million vaccine doses to countries around the world, including Vietnam, this October and that it will keep the distribution to Vietnam in the time ahead.

The Managing Director also applauded the country’s long-term vision in researching, developing and working towards self-sufficiency of vaccine.

She voiced her belief that with efforts, strong determination, and right directions in the Covid-19 fight, the Government and people of Vietnam will soon surmount the current trying time.

Her colleagues and she are ready to assist and discuss with Vietnam about the vaccine issue at any time during the bilateral cooperation process, Nguyen added.

12.57 million vaccine doses via the Covax

On September 16, a batch of 852,480 AstraZeneca Covid-19 vaccine doses donated by Germany via the Covax initiative arrived in Hanoi, VnExpress reported.

With the latest delivery of vaccines donated by Germany, the country has received more than 12.57 million vaccine doses via the Covax initiative.

Vietnam aims to acquire 150 million doses of Covid-19 vaccines to inoculate 70 percent of its 96-million population in order to achieve herd immunity by April next year.

By the end of August, Vietnam had received 33 million doses from different sources, including government aid and commercial contracts secured by the Health Ministry and local firms.

In late April, the country was hit by the fourth Covid-19 wave, by far the most challenging the nation has ever faced.

Vietnam has to date logged 695,744 Covid-19 cases, ranking 47th out of 222 countries and territories worldwide in terms of infections per one million people.

The death toll rose to 17,305 after an additional 215 deaths were announced on September 19. 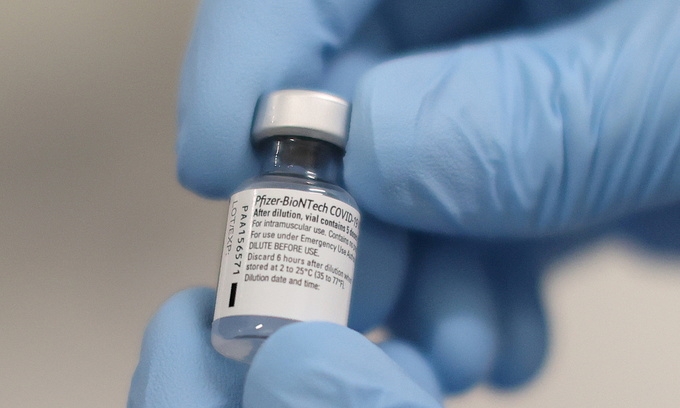 Pauline Tamesis, United Nations Resident Coordinator in Vietnam had a courtesy meeting with Politburo member, Minister of Public Security General To Lam at the Headquarters of the Ministry of Public Security.
August 11, 2022 | 09:05
Phiên bản di động