Pho noodles has become the national dish of Vietnam

For many Vietnamese, Pho noodles is much more than just noodle soup. From street vendors to luxurious restaurants, Pho has become the national dish of Vietnam. The history of pho is saturated in tradition and echoes the history of Vietnam and its culture.
VNT
May 10, 2020 | 08:05

From the early hours, phở stalls set up shop along the sidewalks. Boiling broth is poured over a bed of soft rice noodles and sliced meat, and topped with a handful of chopped herbs and chives. While the northern province of Nam Dinh is believed to be the origin Pho noodles, few would dispute that its spiritual home is Hanoi.

Nguyen Van Quy, who owns Pho Suong restaurant in Hanoi’s Dinh Liet street, said: "My dad started to sell Pho noodles in 1930 and my brother and I have helped him since then. We named our shop Suong which means Happy."

The history of phở begins at the end of the 19th century, at the peak of French colonialism. It was a simple dish made with slices of water buffalo meat cooked in broth with rice vermicelli. Pho bo or Pho with buffalo meat was then followed by Pho ga which is round rice noodles with chicken.

The most important herb in Pho is star anise, but the onions or shallots that are first grilled unpeeled give the characteristic fragrance of Pho. Fresh ginger gives the broth a subtle spicy taste. Adding cinnamon and cardamom varies by region and personal taste. The most important thing is the creation of the perfect stock through a very long cooking process (8-14 hours) with the right mix of beef. The broth should remain clear and this can only be achieved with proper care.

Scenes of diners queuing for a bowl of Pho noodles have become familiar in Hanoi. Many visitors to the city are surprised to see this with their own eyes. Vinh Quyen, a city-dweller told VOV: "Many people wonder why many Hanoians would queue for such a long time to serve themselves a bowl of Pho at vendor shops. I think diners just don’t care if they have to queue or to take care of themselves. Their top priority is to enjoy their freshly-made bowls of Pho until the last bites."

Pho noodles is considered a national dish for the Vietnamese. To some extent, it is held as a reflection of the heritage and daily life of the people of Vietnam. 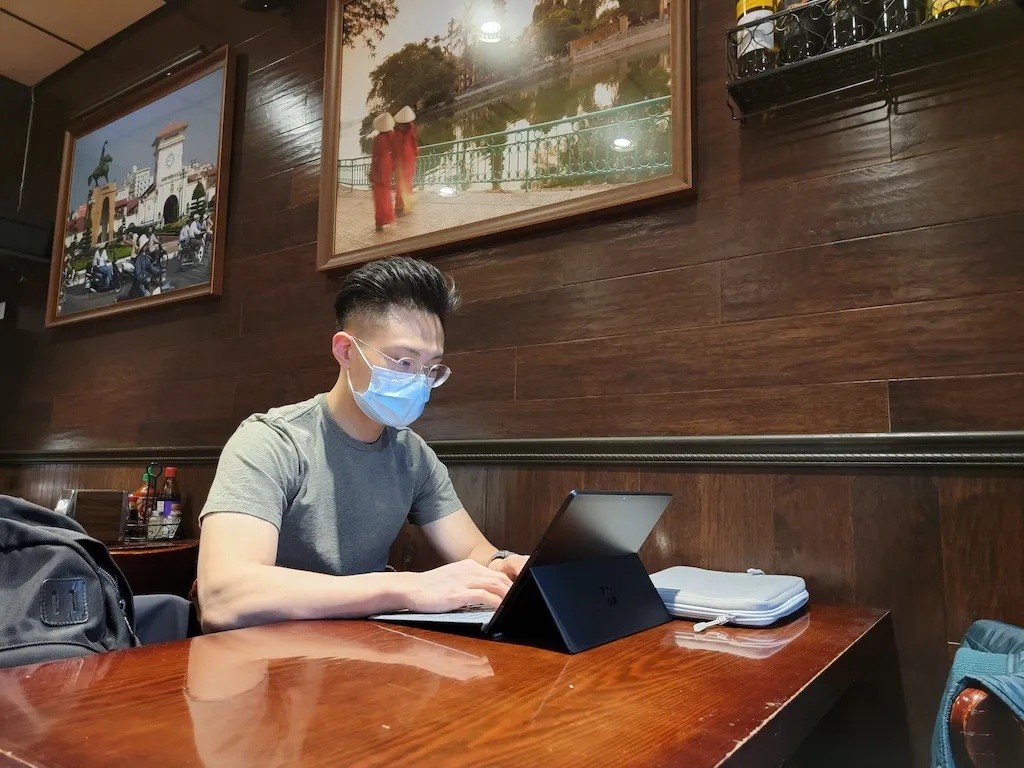 Viet biomedical graduate student splits between school and his family's restaurant as the business struggles in New York City.
November 11, 2021 | 11:18