Rescue soldiers save suicidal girl from jumping off 18th floor, with video

At around 11 a.m. on May 2, residents at Duc Khai apartment building in Ho Chi Minh City’s District 7 noticed what looked like a potentially suicidal woman sitting on the ledge of the 18th-floor. They immediately called the apartment management and local police.

Camera footage shows rescue soldiers rushing to action; one climbed out of the window right where the distraught girl was sitting while another stepped along the ledge. The team quickly rescued her and took her to safety.

In the meantime, functional forces were reportedly blowing up rescue mats on the ground in case she jumped.

Earlier in January, Ho Chi Minh Police were notified of a potential suicide in the Cantavil apartment building in Thu Duc District. As police officers arrived at the scene, they located a young girl standing on the 15th-floor balcony and about to jump.

Fortunately, the rescue was a success, and the girl who was in emotional distress awas brought back safe and sound. Witnesses said the 25-year-old girl had had an argument with her family that morning.

Last May, a Laotian student risked his life to jump into the fash-flowing Rao Cai river in central of Vietnam to save a Vietnamese man from suicide

Vongyasone Miny, 22, was riding on Thach Dong bridge when he spotted a man climbing off the bridge to jump in the river. Without hesitation, Vongyasone jumped into the river to save the man.

Vongyasone started to tire after 20 mins struggling to hold the man in the fast-flowing river, as there was not yet a rescue team to help.

However, they were lucky enough to be saved by a local fishermen boat passing by. Both Vongyasone and the man were safely rushed ashore, according to reports.

Vongyasone Miny is a Laotian student studying at the Department of Science and Environment in Ha Tinh University, central Vietnam.

The story of the Laotian student’s good deed was shared widely on social networks, leaving Vongyasone flooded with comments praising about his bravery. 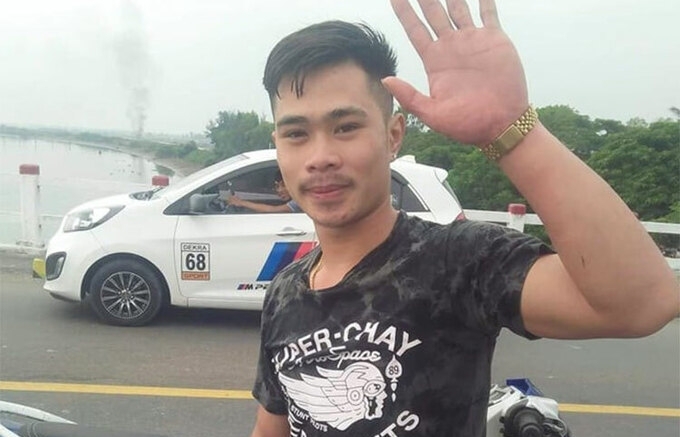 Laotian student jumps in river to save Vietnamese suicidal man

Vongyasone Miny, 22, jumped into the fash-flowing Rao Cai river in central of Vietnam without hesitation to prevent a Vietnamese man from his suicidal intention Friday morning.
May 02, 2020 | 14:37