Viral claims have falsely suggested that US citizens cast extra votes in the 2020 US presidential election by using the identities of "dead people".
Jasmine Le
lehang1997hanu@gmail.com November 13, 2020 | 21:35

Social media users allege that a large number of dead persons' ballots have been registered in swing states such as Pennsylvania and Michigan.

US President Donald Trump has continued to assert - without evidence - that the election was undermined by voter fraud.

State officials have repeatedly said there is no evidence of these claims.

Experts have also told Euronews that if there were irregularities, they would not have affected the election result.

There are multiple explanations for why voters can be registered with unusually old birth dates, including software errors and voter confidentiality issues.

The rumour that deceased people cast votes "appears in every election" said Jason Roberts, a professor of political science at the University of North Carolina.

"Once the analysis is done, the vast majority of discrepancies, or things that look like potential fraud, are often discovered to be human error," said Tammy Patrick, senior advisor to the Democracy Fund Foundation, which oversees voting issues in the US.

Where do the rumours originate?

Experts point out that people who appear to be voting while dead may simply share a deceased person’s name or birthday, and have not updated their administrative records.

"In some counties alone, there are dozens of people with the same name or even date of birth, so the wrong voter history can be selected," said Ms Patrick, a former Arizona election official.

"When we look into allegations of voter fraud, these are the sorts of answers that we find, not that it was in fact fraud."

Patrick also told Euronews that dead people can be unintentionally registered as having voted if another voter's handwriting falls into another row on a signature roster.

"If a signature overlaps into other cells, this triggers the system into believing that two or three people have voted, when it was actually just one very flamboyant voter with a large signature," said Patrick.

Below are the false claims and fact checks compiled by DW:

Claim: Some 14,000 voters in Michigan cast a ballot under the names of deceased people.

State election officials publicly acknowledged that a returned ballot was recorded for a man named William Bradley, who had died in 1984.

The ballot was recorded in error after it was confused with one submitted by his son, who shares his name, but has the middle name Tarnell, and lives in his deceased father's home. Local officials in Michigan said the son's ballot was mistakenly attributed to the father on the official voting system. Only one vote, not two, was tallied.

The Michigan Secretary of State's office states unequivocally that ballots of voters who have died are rejected in Michigan, even if a voter cast an absentee ballot and died before Election Day.

That was taken up by Texas Senator Ted Cruz in an interview with Fox News, who alleged that voter fraud was likely in many of the 28 states where the software's manufacturer Dominion Voting Systems supplied the technical support.

There was, indeed, a vote reporting mistake.

However, it was not the result of malfunctioning voting machines. Instead, it stemmed from a human lapse to update and configure the software used to tally votes. In a November 7 statement, Jocelyn Benson, the Michigan Secretary of State, said, "The error in reporting unofficial results in Antrim County Michigan was the result of a user error that was quickly identified and corrected; did not affect the way ballots were actually tabulated; and would have been identified in the county canvass before official results were reported even if it had not been identified earlier."

J. Alex Halderman, a professor of Computer Science and Engineering at the University of Michigan and a voting systems expert, said he is convinced that it was a human error.

County officials correctly loaded a new version of the "election definition" data onto the scanners for the affected areas, but left the old version on scanners for precincts where the ballot was not affected by the late change, Halderman told the Detroit Free Press.

"Since the scanners ... used slightly different election definitions, some of the positions didn't line up properly," he said. "As a result, when the results were read by the election management system, some of them were initially assigned to the wrong candidates.

Claim: The outgoing president tweeted on Sunday that the "best pollster in Britain wrote this morning that this was clearly a stolen election," quoting a claim made on Fox News by former Republican politician Newt Gingrich.

The pollster in question is Patrick Basham, who runs the Democracy Institute think tank in Washington, D.C. He's been monitoring election results together with the UK's tabloid Sunday Express.

It's unclear what Trump means when he says "stolen." Assuming that he's referring to alleged voting irregularities, such as fraud, there is still no evidence of widespread irregularities. Judges have already tossed out a number of legal challenges in that respect launched by the Trump campaign.

4. Were there more votes than registered voters?

The figures quoted on social media platforms are no longer current: 3,239,920 votes counted vs 3,129,000 registered voters. On its website, the Wisconsin Election Commission puts the number of registered voters at 3,684,726 (figures updated on November 1).

The actual figure is expected to be even higher. This is because Wisconsin allows voters to register as late as Election Day. Regardless, the number of registered voters ishigher than the votes counted so far, which amount to 3,297,473.

There is no evidence of a perceived suspiciously high voter turnout being tantamount to election fraud. 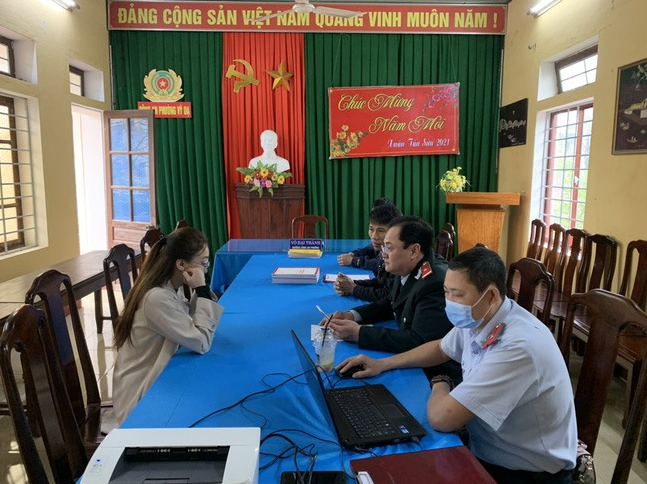 A young woman in Thua Thien Hue was fined 5 million VND (217 USD) for posting the incorrect information of "a wife can marry more than one husband" on her personal Facebook account.
March 04, 2021 | 08:33