Vietnamese models are not just working within the confinement of the country’s border, many of them are now pushing themselves forward, strutting on various international runways.
Rosy Huong
huongthhd@gmail.com April 10, 2021 | 08:20

Following Louis Vuitton's show in Singapore, Tuyet Lan had the opportunity to cooperate with Salvatore Ferragamo, also one of the most esteemed names in high-end fashion. Her image appeared on the fanpage of the Italian shoe designer on April 7.

Recalling her performance at the Louis Vuitton catwalk, Lan said "My efforts over the years have paid off. It is still just like a dream. In the show, I presented two creations of Louis Vuitton.”

In her latest video clip, Lan said she feels ready proud to be the only Vietnamese model walking in the show. The model said she wants to show her seriousness and professionalism at work.

Phuong Oanh took the catwalk in a show of British designer Stella McCartney on March 23. We also can see her on the reputable Vogue magazine. Earlier, she took part in the Maison Margiela show featuring the autumn-winter 2020 collection.

"Prior to the show, I had to go through many rounds of casting.” The model said, adding that she is willing to compete with professional foreign models to win jobs in the way she deserves

The runner up of Vietnam’s Next Top Model walked down the runway at major international fashion weeks in London and Milan. The 27-year-old model has also worked to promote many brands. Mi told Zing News that she will pursue modeling until the end of 2021. After that, she will draw up future plans.

Jade Nguyen (Ngoc Nguyen), who is of mixed Vietnamese and French blood, is a model of Elite Model company. Thanks to her Asian features, she has been chosen by famous designers, and expected to be as successful as her Asian seniors like Liu Wen and Ming Xi. While walking in prestigious shows, she has also engaged in campaigns of Louis Vuitton, Isabel Marant, Chlóe, Dior and Gauchere. 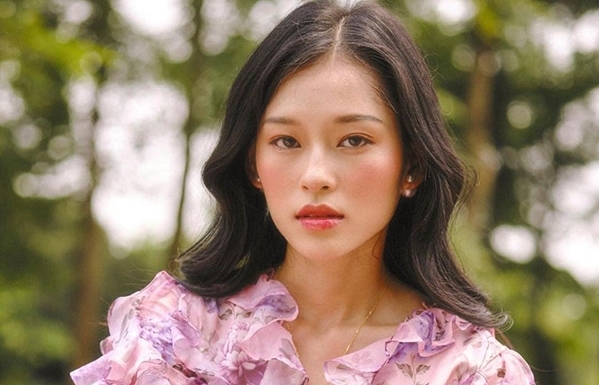