Experts assessed that the proposal to upgrade Phu Quoc into a provincial city would be a powerful catalyst to prompt the urban real estate market.

Over the past two years, the real estate market in Phu Quoc has witnessed a strong course of refining as there has been an increasing number of investors with strong and stable financial power joining in the sector instead of swing traders. The former expects the development of Phu Quoc would create a breakthrough for the real estate market with sustainable lucrative potential and the recent positive movements in Phu Quoc have also asserted the expectations.

Vietnam Prime Minister agreed on visa exemption for foreigners entering Phu Quoc economic zone, Kien Giang province, which took into effect on July 1. In early June, Kien Giang Province has approved a plan on bidding investor for Phu Quoc non-tariff zone and the bid winner was IMEX Pan-Pacific Distribution Service Company Limited. The project is expected to be implemented on five years on 101 hectares with the total investment of VND 6,830 billion (US$296 million) and to serve as the largest non-tariff hub in Vietnam and among the top of its kinds in the region.

In early June, Kien Giang province conducted a poll on the scheme to establish Phu Quoc city. After 30 days, the province completed all necessary procedures in accordance with current regulations to submit to related ministries, central departments, and the national assembly for approval to upgrade Phu Quoc to a city.

Previously, the Government had allowed Kien Giang Provincial People's Committee to hire foreign consultant agencies to formulate a new general plan to build Phu Quoc island in the direction of developing into a special economic - administrative unit. Thus, Phu Quoc is rapidly moving towards its goal of becoming the first island city in Vietnam.

According to the newly proposed scheme, Phu Quoc city has a natural area of 575.29 km2 and a population of 177,540 people. The city includes two wards namely Duong Dong, An Thoi, and six communes namely Ham Ninh, Duong To, Ganh Dau, Bai Thom, Cua Duong, and Cua Can. Of those, Duong Dong urban area (2,518,9ha in width) would be the center as well as the gateway for international exchanges to promote the development of the whole island. In 2030, Duong Dong ward is expected to be home to 240,000 people.

An Thoi urban area (covering an area of 1,022 ha) is oriented to become an international port, a technical hub, and a non-tariff logistics center, and trade, tourism, and light industry center attached to Phu Quoc traditional cultural and historical center. By 2030, An Thoi will accommodate over 70,000 citizens.

Notably, according to the plan, Phu Quoc City is ready to welcome tens of thousands of people migrating from the mainland to the island. In fact, in recent years, the population growth rate of Phu Quoc has always been over 18% including a large number of high-quality personnel and foreign experts working in real estate projects or hotels and resorts on the island.

Under the new master plan, the first island city in Vietnam is oriented to develop and well-known to people as the hub of national and international high-class eco-tourism, resort and entertainment urban center; regional caliber financial center; an important hub for international and intra-regional transportation; specialized science and technology research center; national and regional conservation centers for forest and marine biodiversity; It has a special position on national security and defense.

Real estate experts assessed that as Phu Quoc is progressing to be an island city, urban real estate is expected to quickly become the focus of investment attraction. Unlike the previous times, when Phu Quoc was putting forward to become a new "resort paradise" of Asia, the capital streamed to resort real estate segment.

“With the current GRDP growth rate of over 38% per year (6 times higher than the national average of GDP), the growth rate of tourists and tourism revenue increasing by an average of 30% per year, demands for urban space in the very first island city in Vietnam is predicted to be increasingly essential,” an expert said.

Survey on Phu Quoc market shows that Meyhomes Capital Phu Quoc invested and developed by Tan A Dai Thanh Group - Meyland in An Thoi center is one of a few urban projects being introduced to the market. The investors expect that it would be a favorite supplement for the supply for Phu Quoc market which is in shortage. 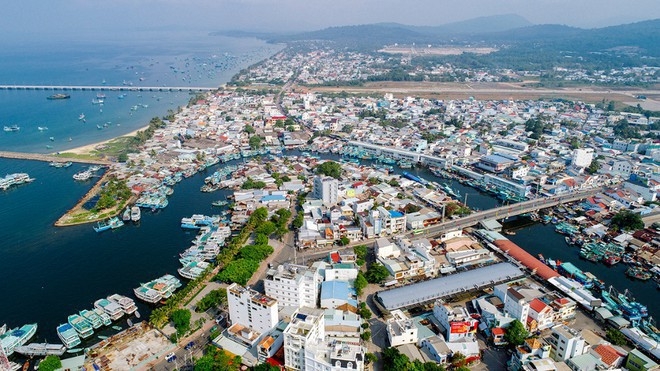 Phu Quoc province will be crowned the first island city in Vietnam starting March 1 following its recognition as a new city of Kien Giang province. The resolution was passed Wednesday afternoon by the Standing Committee of the National Assembly.
December 10, 2020 | 15:52 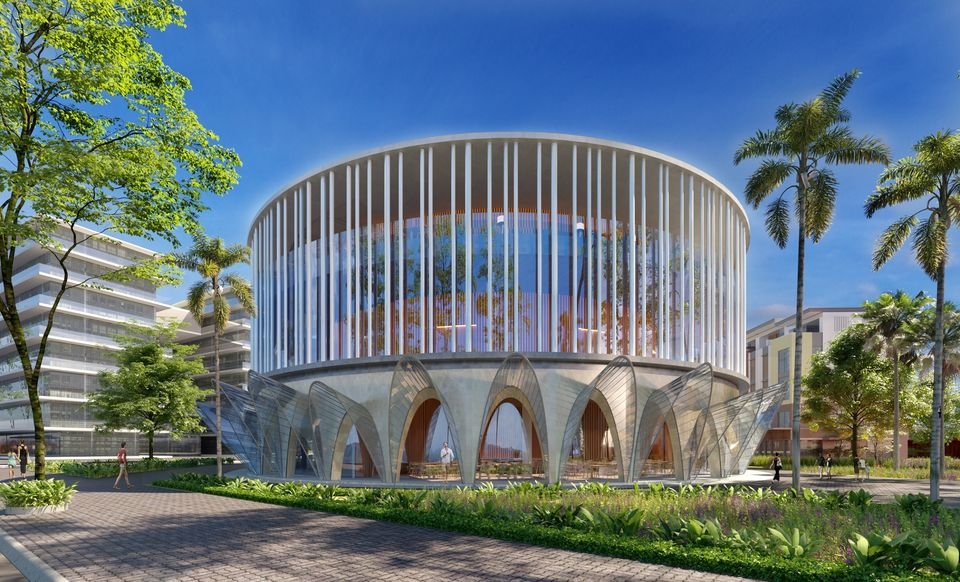 The project designs for every 200 meters within the campus a utility such as a park, theater, entertainment center, lake, etc...for visitors to experience the multi-colored life, from the natural scenery, indigenous culture to the festival atmosphere, vibrant clubhouses.
August 10, 2020 | 19:49 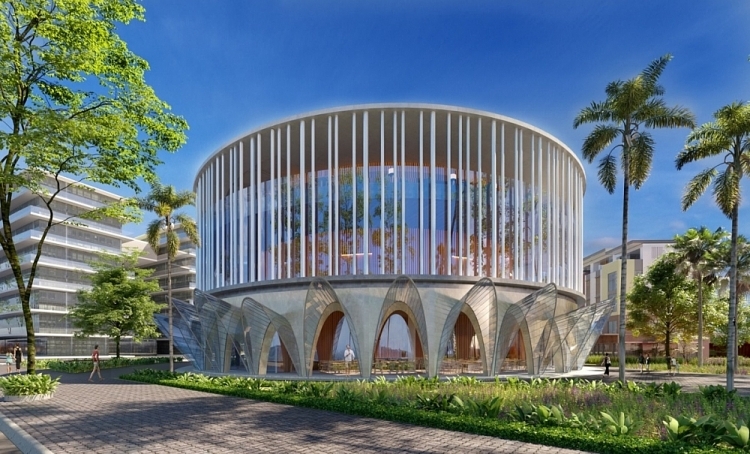 Meyhomes Capital Phu Quoc is located in the centre of An Thoi (one of the first two wards when Phu Quoc becomes a city in the near future) and to the south of Bai Truong (one of the most beautiful beaches in Phu Quoc). If Duong Dong is a historical urban area, An Thoi will be the new economic and business centre of Phu Quoc.
July 29, 2020 | 07:25 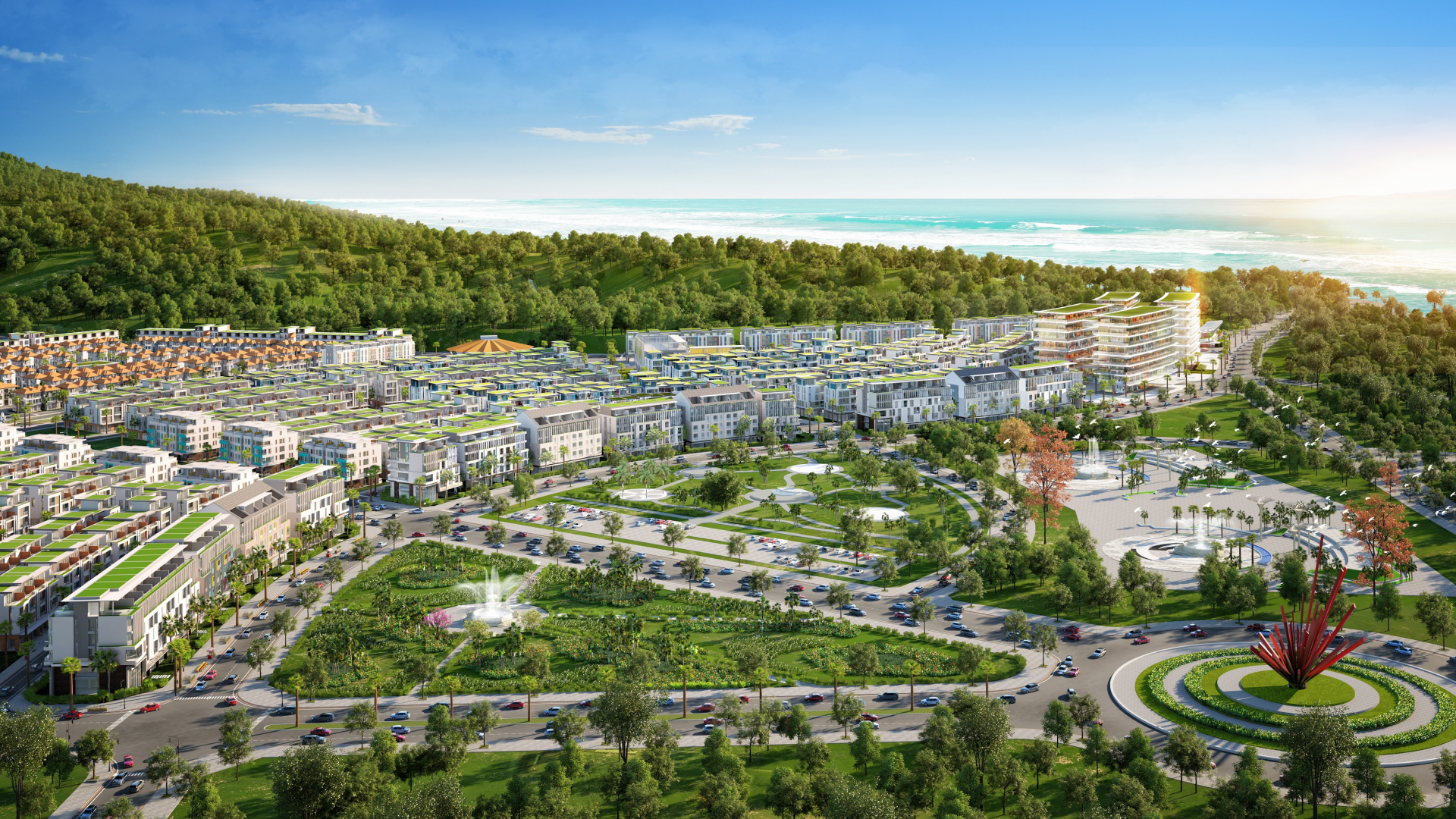 At the beginning of June, Phu Quoc’s real estate market has continuously welcomed some significant spur as the urban real estate would be considered a “king” investment channel when the island is planned to become a city.
June 17, 2020 | 12:45