The leaders recalled the online talks between the Vietnamese and New Zealand Prime Ministers a week ago, during which they agreed to advance the bilateral relationship to a strategic partnership.

They shared the view that the elevation of the ties has opened a new chapter and created a new framework and new momentum for bilateral ties to move forward.

Chairwoman Ngan said she hopes that following the establishment of the strategic partnership, the two countries will step up economic, trade, and investment ties.

She said the bilateral relationship has developed fruitfully over the years, with two-way trade expanding more than three-fold over the last decade. Despite the impact of the pandemic, trade still reached US$500 million in the first half of this year, down only slightly year-on-year, and is expected to bounce back in the time to come, reported the nhandan.

The Vietnamese NA supports the two governments’ cooperation in implementing regional economic cooperation mechanisms, she said, suggesting that the two partner with APEC members to organise this year’s APEC Summit in a suitable form and promote cooperation priorities.

Vietnam backs New Zealand’s online organisation of APEC Year 2021, and the NA will closely coordinate with the country next year, Chairwoman Ngan pledged.

She suggested New Zealand continue to help Vietnam improve its capacity to enforce the Comprehensive and Progressive Agreement for Trans-Pacific Partnership (CPTPP) and enhance economic and trade collaboration, even amid COVID-19.

The leaders also emphasised the progress made in cooperation in national defence and security, agriculture, education, tourism, and people-to-people exchanges.

The two countries have cooperated more effectively on regional and international issues, especially at a time when Vietnam is serving as the ASEAN Chair 2020 and a non-permanent member of the UN Security Council for 2020-2021, New Zealand is preparing to host APEC 2021, and both countries are members of many new-generation free trade agreements, such as the CPTPP and the Regional Comprehensive Economic Partnership (RCEP), they said.

Chairwoman Ngan affirmed the stance of ASEAN and Vietnam on settling disputes in the East Sea by peaceful measures in line with international law and the 1982 UN Convention on the Law of the Sea (1982 UNCLOS).

Maintaining a peaceful and stable environment and ensuring freedom of navigation and aviation are in the interests of and a responsibility shared by all countries, she said, noting her hope that New Zealand will continue to back the stance.

The Vietnamese legislature will continue to closely coordinate with its New Zealand counterpart to materialise the joint statement on the strategic partnership, under which the two sides committed to enhancing bilateral exchanges through legislative channels as well as cooperation at multilateral parliamentary forums, Chairwoman Ngan said.

She suggested facilitating the exchange between parliamentarian friendship groups in the two countries, intensifying delegation exchanges at different levels, and signing a cooperation agreement between the two legislative bodies in order to make legislative ties match the strategic partnership.

She told the leader of the New Zealand parliament that the NA, as the AIPA Chair, will hold the 41st General Assembly of the ASEAN Inter-Parliamentary Assembly (AIPA 41) as a teleconference from September 8-10.

Ngan suggested facilitating the exchange between parliamentarian friendship groups in the two countries, intensifying delegation exchanges at different levels, and signing a co-operation deal between the two legislative bodies.

For his part, Mallard promised to create favourable conditions for the Vietnamese community in New Zealand.

New Zealand backs the stance on settling East Sea disputes by peaceful measures and in line with international law, including the 1982 UNCLOS, he said.

The leaders agreed to continue holding online talks on co-operation outcomes in priority areas in early 2021, according to the vietnamnews.

The NA stands ready to coordinate with its New Zealand counterpart to support the two governments in implementing cooperation agreements within the strategic partnership, in terms of policies and laws, she said. 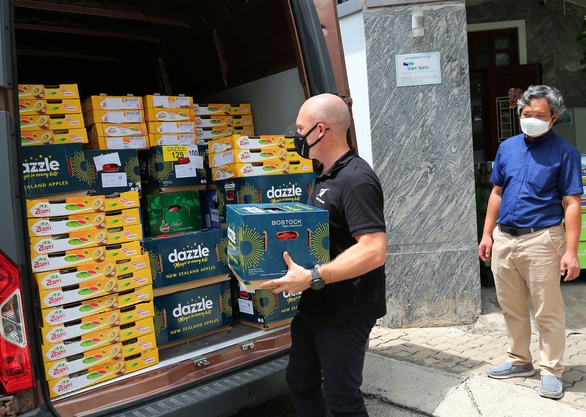 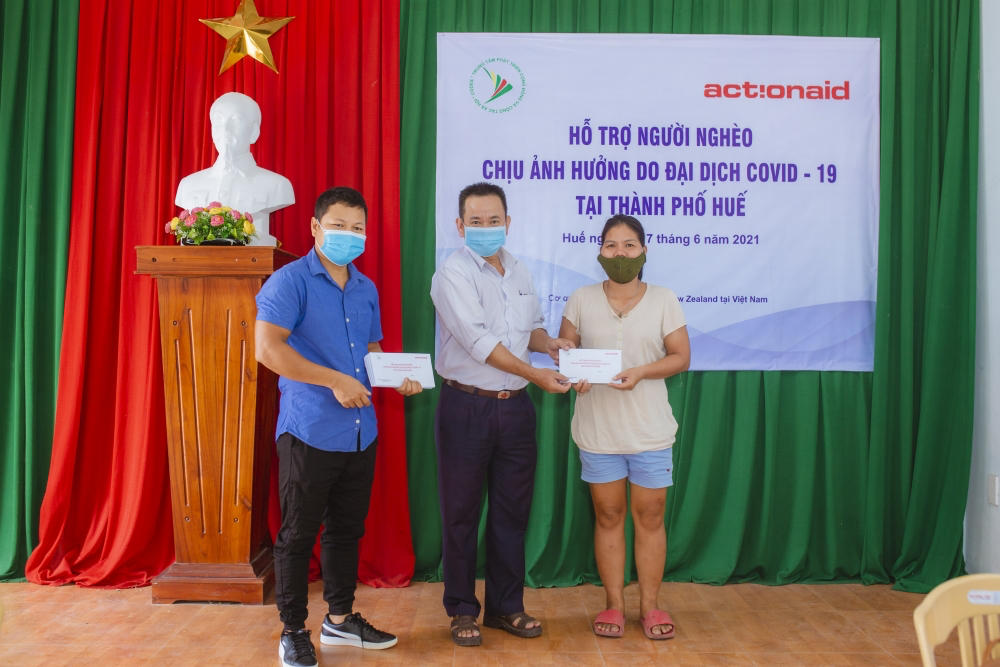 People in difficult circumstances in Hue and Da Nang city have received support from New Zealand to overcome the impact of the Covid-19 pandemic in Vietnam
June 21, 2021 | 09:36 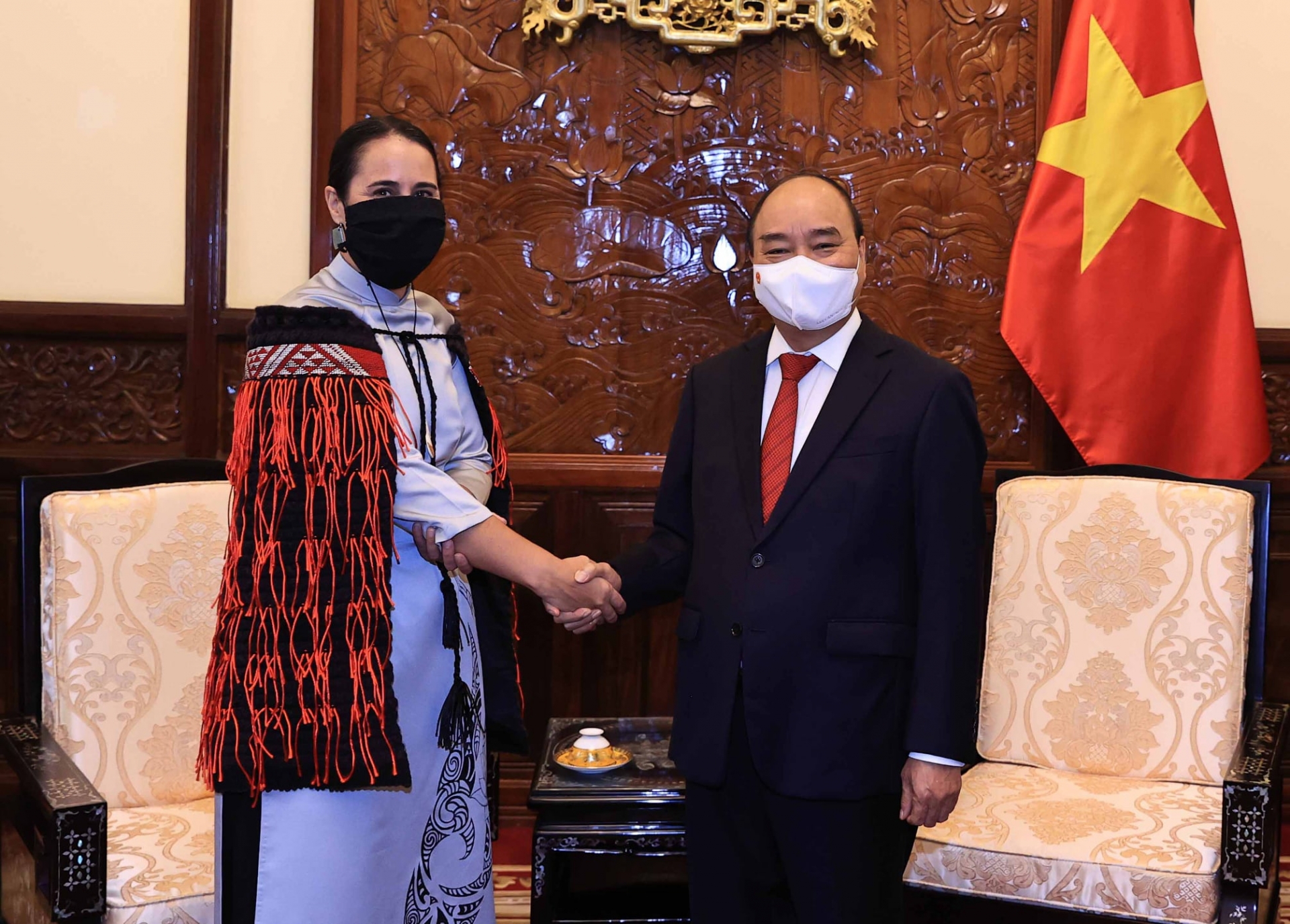 Poor hygiene, inadequate quantities and quality of drinking water, and lack of sanitation facilities cause millions of the world’s poorest people to die from preventable diseases each year. Women and children are the main victims.
October 26, 2021 | 22:54
Phiên bản di động