On behalf of the Thai government, Pramudwinai extended congratulations to Vietnam on the occasion of the 75th anniversary of National Day of Vietnam (September 2), saying Thailand attaches importance to continuously consolidating and developing the bilateral friendship.

Hailing Vietnam’s great efforts in the pandemic combat, the Thai Deputy PM expressed his belief that the country will continue to keep the epidemic under control while successfully performing its socio-economic development tasks.

He stressed that Vietnam, as Chair of ASEAN in 2020, has successfully organised ASEAN meetings, and maintained and promoted cooperation within the grouping, as well as collaboration between ASEAN and partners.

Minh, in reply, thanked Thailand for its support and coordination, and pledged to facilitate the entry of foreign investors, experts, managers and skilled labourers, including those from Thailand, and consider resuming flights between the two countries.

The two sides agreed to increase all-level meetings and visits when possible, and join hands in organising activities marking the 45th anniversary of the bilateral diplomatic ties in 2021.

They will also maintain and make full use of existing bilateral cooperation mechanisms, including the organisation of the fourth joint cabinet meeting at a suitable time, and the signing of an action plan to implement the enhanced strategic partnership between the two countries during the 2021-2025 period.

The two sides will work to raise bilateral trade to USD 20 million per year as targeted, and soon sign a new labour agreement.

Vietnam will create favourable conditions for Thailand to invest in the areas of its strength like maritime tourism, garment-textile, footwear, high-tech agriculture, and support industry, Minh said.

Pramudwinai expressed his hope for more Vietnamese investments in Thailand, saying Thailand will continue to encourage and make it easier for Thai investors to invest in Vietnam.

The two sides consented to expand cooperation in other areas such as education, tourism, culture and people-to-people exchange.

Vietnam - Thailand trade relations have seen significant development in recent times and potential remains for the two sides to expand cooperation in the time to come.

Regarding COVID-19, Vietnam recorded zero new novel coronavirus cases during the past 24 hours, keeping the infection tally at 1,046, while the overall number of fully recovered patients rose further to 755, according to a report by the Ministry of Health on the afternoon of September 3.

Meanwhile, Thailand on September 2 marked 100 days with no detected local coronavirus cases, per the health ministry.

However, just a day after, the virus has reared its head once again in Thailand.

News of a fresh infection came as the Thai government faces growing pressure from businesses to reopen borders to international tourists, as months of travel restrictions have devastated its heavily tourism-dependent economy.

The latest case was revealed to be a 37-year-old man who was arrested in Bangkok on drugs charges and tested positive after arriving at a Bangkok correctional center. Health officials say that he had no recent travel history and that his quarantine cellmates had all tested negative.

So far, the country of 70 million people has a caseload of just 3,427, with 58 deaths. More than 28% of the reported infections are overseas cases, according to the Health Ministry./. 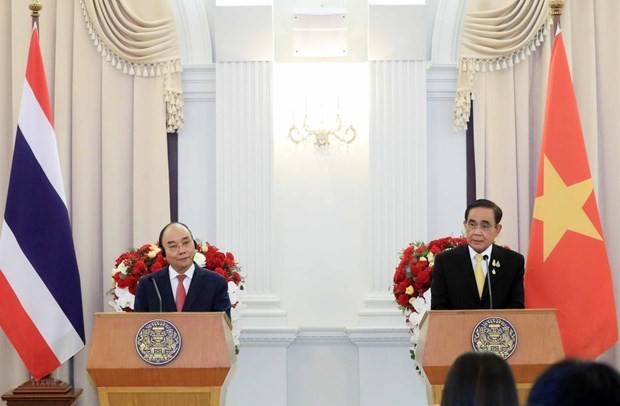