Vietnamese Ambassador to India: Never before has the line between life and death been so thin

In the midst of Covid-19, the Vietnamese community in India has pulled together in a spirit of mutual affection
Rosie Nguyen
ngtrang12.ftu@gmail.com June 20, 2021 | 06:30

India has just experienced a second wave of Covid-19 infections with a severity beyond all expectations, with the number of new cases at times reaching more than 400,000 people and over 4,000 deaths per day. The pandemic has made the life of the Vietnamese community in India very difficult, with cases of severe illness, even requiring long-term treatment in hospitals.

The story of the Vietnamese community in India's efforts to overcome Covid-19 was shared by Vietnamese Ambassador to India Pham Sanh Chau in a recent interview.

The past two months have been a time when India has had to deal with a second wave of Covid-19 infections with unprecedented severity. During that time, the Vietnamese Embassy and the Vietnamese community in the host country were greatly affected by the pandemic. Could you tell us about the challenges that the Vietnamese diplomatic mission has experienced during this time?

Ambassador Pham Sanh Chau: The second wave of Covid-19 has hit India very hard and left serious consequences. The Vietnamese community in India, including relatives and embassy staff, is also greatly affected. There are 12 cases in the embassy, of which three are severe and two required hospitalization. Among Vietnamese people in India, there are many cases of SARS-CoV-2 virus infection, but the vast majority are mild.

Compared to the previous outbreak, this one is very serious because the new strain has the ability to spread very quickly, and has great destructive power. There are cases that seem to have recovered, but the next day they are weakened and can lead to death. The second difference compared to the previous outbreak is that this time, due to the rapid and powerful attack of the pandemic, the number of people affected was very large; leading to a shortage of oxygen tanks and beds in hospitals. It is the lack of oxygen tanks and the lack of beds that have led to many deaths.

The third factor that this time was different from the last time was the overwhelming panic. There are many scenes, such as the mass burning of bodies; even the morgue has no place to burn, and parents died from Covid, leaving children behind. Many tragic images have led to anxiety and panic. All four factors have made the situation in our community more difficult than before. As for the embassy, there were 12 cases of illness, three cases of severe illness and two cases of long-term hospital treatment. But we managed to calmly handle and eventually overcome this pandemic successfully. As of today we have all tested negative for the 2nd and 3rd time and have returned to normal work.

In any difficult situation, a central task of the embassy is the protection of citizens. So could you please tell how this work was carried out during the pandemic and difficult conditions due to the blockade in India?

Ambassador Pham Sanh Chau: Our most important task this time is how to preserve our forces, minimize the number of casualties and leave no deaths. The first thing we did was to make a census of the people living here and those who were trapped. Statistics show that through six rescue flights, the embassy has brought about 1,000 people back home, and only about 150-200 people are trapped. A total of 400 people are oversea Vietnamese who have lived here for a long time.

After obtaining the statistics, we organize consultations, share encouragement, organize meetings between the people with the ambassador, and with the consular department to share and learn about the situation. Second, we make announcements about regulations on Covid-19 prevention, or if people have Covid-19, we ensure people know how to self-medicate through the embassy's website as well as on chat groups. Third, we also find ways to support difficult cases, such as support with money and material goods. For those who cannot afford to go to hospital, we also find a way to cover their hospital bills.

In recent weeks, the pandemic situation in India has made positive developments. So has this country passed the peak of the most stressful pandemic yet? What helped India to gradually take control of the situation?

Ambassador Pham Sanh Chau: I think at this point India has passed the peak of the second wave of attacks. The peak of the epidemic this time was when India had more than 415,000 cases and over 4,500 deaths. At this time, the number of infected people is 80,000 people a day. This is a very large number compared to any other country in the world but is is a very positive result and the decline is continuing.

The Indian Government's achievements against Covid-19 must be acknowledged this time. After being surprised by the scale severity, extent and number of deaths as well as the number of infected people, the government made a series of decisions. Their way of doing things as well as the model of Vietnam is that the whole of society works together. In particular, they mobilized the entire army force. We have seen many aircraft of the Indian Air Force that have traveled to other countries to receive oxygen tanks, ventilators, and oxygen generators. We have also seen a series of ships from the Indian Navy going to other countries to receive aid and medical relief. Hundreds of trains, day and night, transport oxygen from production sites to hospitals. Never before has India put in such a large total force.

The pandemic situation in Vietnam is still having more complicated developments. With what has been observed from the epicenter of the Indian pandemic, in your opinion, what is the most important thing to control the situation?

Ambassador Pham Sanh Chau: The most important thing from the Indian lesson that we can learn is that we must not be negligent, and never be allowed to assume that we have successfully handled the pandemic. This pandemic is extremely special, it is a pandemic that only happens once every 100 years.

We must urgently find vaccines and vaccinate the entire population. Only by vaccination can we achieve herd immunity, and from there we can return to normal life. As long as we have not given two doses of vaccine to the people, all are in a state of precaution and all are susceptible to the pandemic. In fact, in India, those who have been vaccinated twice, can avoid death and avoid hospitalization. Only those who have not been vaccinated or only had one injection will have to be hospitalized. Of course, in the process of vaccination, there are side effects and there are mortality rates, but in terms of overall probability and for the benefit of the community and the interests of the individual, vaccination is inevitable.

The government has just launched the Covid-19 Vaccine Fund with the expectation that this will be an important key to preventing the pandemic. In your opinion, what are the necessary and sufficient conditions for this fund to be effective?

Ambassador Pham Sanh Chau: Congratulations to the government and people for taking the initiative to build a vaccine fund. This is a very good initiative: it shows the patriotism of the Vietnamese people, it shows the spirit of the whole people against the epidemic. It also shows the sharing of responsibilities between the state, businesses, people and communities.

I am especially happy to see the new fund being born, which already raised more than VND 6,000 billion (US$ 258 million). That shows the strength of the Vietnamese people. For me, for that fund to work effectively, it must first have money. We've seen a lot of people commit, and we hope many more will keep committing and keep contributing.

But the important thing is after we have the finance, how do we implement it. We must disburse immediately; money must be converted into vaccines to inject people. And the sooner we disburse, the sooner we inject, and the sooner we can achieve herd immunity from which we can return to normal life. 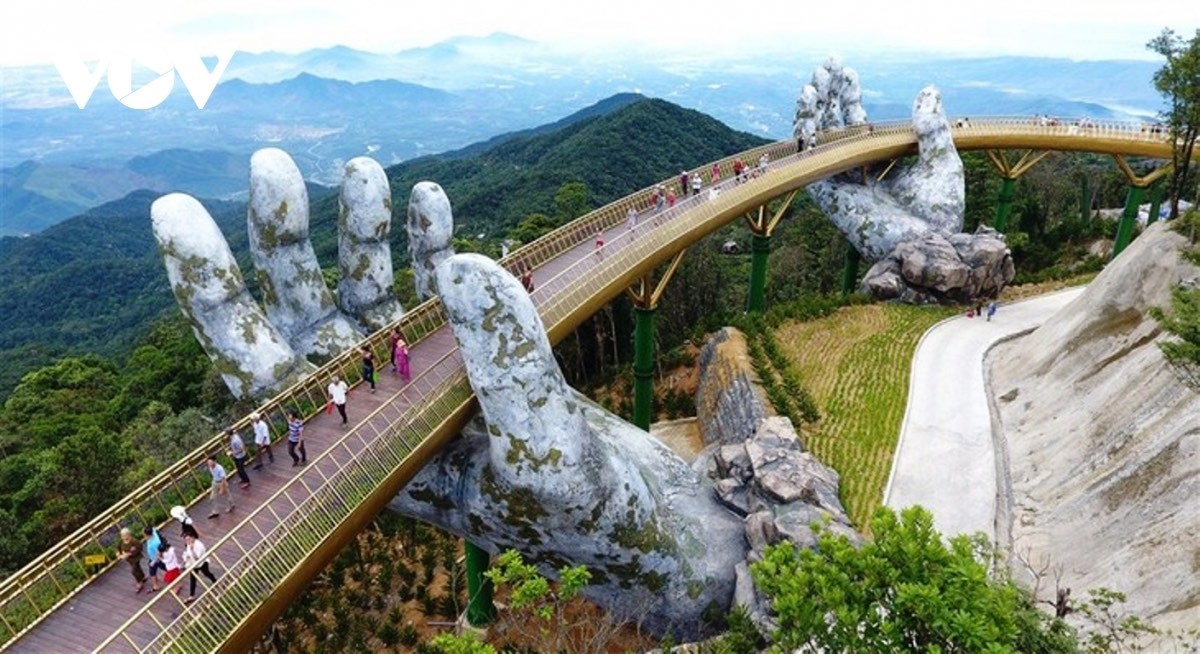 The first crew of the Vietnamese tank team entered the International Military Games Army Games 2022 on the afternoon of August 13, 2022, at the Alabino training facility outside of Moscow, Russia. Tank No. 1 completed the test with a time of 34 minutes 53 seconds.
August 15, 2022 | 11:08
Phiên bản di động