The event is expected to lay a solid foundation for the successful operation of nonstop Vietnam - UK routes from the end of 2021 subject to government approvals, simultaneously expanding the European flight network of Bamboo Airways.

In line with the MOU, Bamboo Airways and Heathrow Airport commit to promoting the successful and efficient operation of a direct air connection, thus boosting air travel between the UK and Vietnam and creating favourable conditions for enterprises involved in air transport, logistics, and cargo transport.

This movement will ensure and gear up Bamboo Airways’ operation of nonstop services between the two countries, proving a boon to the flight network development via London to destinations in the UK as well as to Europe, the Americas, etc.

As for Bamboo Airways, the airline pledged to maximize every source, quickly deploy the Vietnam – UK nonstop routes, and provide passengers with international quality services at every moment of the journey.

Heathrow Airport reaffirmed its commitment to provide maximum support regarding Bamboo’s flight slots (take off/landing) and connect Bamboo with other airlines on network routes to the UK. The airport also pledged to provide Bamboo’s passengers with outstanding services and safely support Bamboo’s new operations to further grow the trading relationship between the UK and Vietnam.

Heathrow Chief Commercial Officer, Ross Baker said: “As the UK’s hub airport, we are always looking at ways to boost connectivity and provide passengers with the best route network. We will be working collaboratively with Bamboo Airways to operate nonstop routes to Vietnam so travelers can enjoy the famous Hanoi and Ho Chi Minh cities and British businesses can take advantage of the trade link."

Dang Tat Thang, CEO of Bamboo Airways commented "We expect to effectively combine the massive infrastructure, operation experience, and expansive system of Heathrow, the UK’s only hub airport, with Bamboo Airways' emerging flight network and immaculate services. We will generate motivation for the successful operation of nonstop commercial routes connecting the capital London of UK and the capital Hanoi and Ho Chi Minh City of Vietnam, thus meeting travel demands, enhancing trade turn-over and investment between the two countries."

Starting from the end of 2021, Bamboo Airways plans to conduct regular nonstop routes connecting Hanoi and Ho Chi Minh City with Heathrow, with initially six round flights per week and a bulk-up frequency in 2022 depending on market demands.

These routes will be operated by the modern wide-body Boeing 787-9 Dreamliner aircraft with exceptional fuel efficiency and numerous outstanding utilities.

From the beginning of 2021, Bamboo Airways has cooperated with authorities in Vietnam to successfully carry out many charter flights between Hanoi and London via Heathrow Airport, ensuring absolute safety and security for the crew and passengers amidst the pandemic. This has shown Bamboo's meticulous preparation for regular nonstop routes in the future.

Heathrow Airport is the major global gateway and among the most important economic and cultural centers of London - the capital and biggest city in the UK. It’s not only the UK's largest airport but also recognized as one of the "World's Top 10 Airports" and the "Best Airport in Western Europe" for the past five years running.

In 2019, Heathrow Airport served a record-breaking number of 80,9 million passengers, making it the busiest airport in Europe, flying to 84 countries and 203 destinations worldwide.

In the Vietnam aviation market particularly, the number of passengers arriving from England increased to over 320.000 in 2019 and continues to incline. According to statistics, there are more than 100.000 Vietnamese living in the UK with 8.000 overseas students, of which 60% are living in London.

In 2020, despite the pandemic's detrimental impacts, trade value between the two countries still reached $5.6 billion. The UK continues to be Vietnam's third-largest export market in the European region.

Especially, the UK - Vietnam Free Trade Agreement (UKVFTA) signed in December 2020 is a catalyst for the strategic partnership between Vietnam and the UK to achieve breakthroughs in every field including politics - diplomacy, trade investment, development cooperation, security, education, culture, tourism, etc. 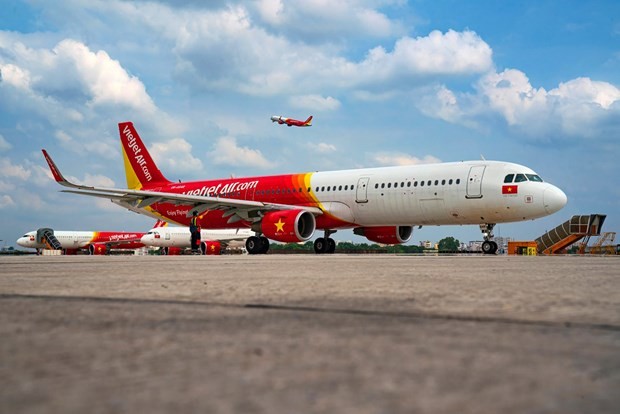 Airlines to Resume Regular Flights to Asian Destinations Next Month

Budget carriers Vietjet Air and Bamboo Airways have said they will restore regular commercial flights to Asian destinations on January 1 after a nearly two-year hiatus due to the Covid-19 pandemic.
December 26, 2021 | 08:30 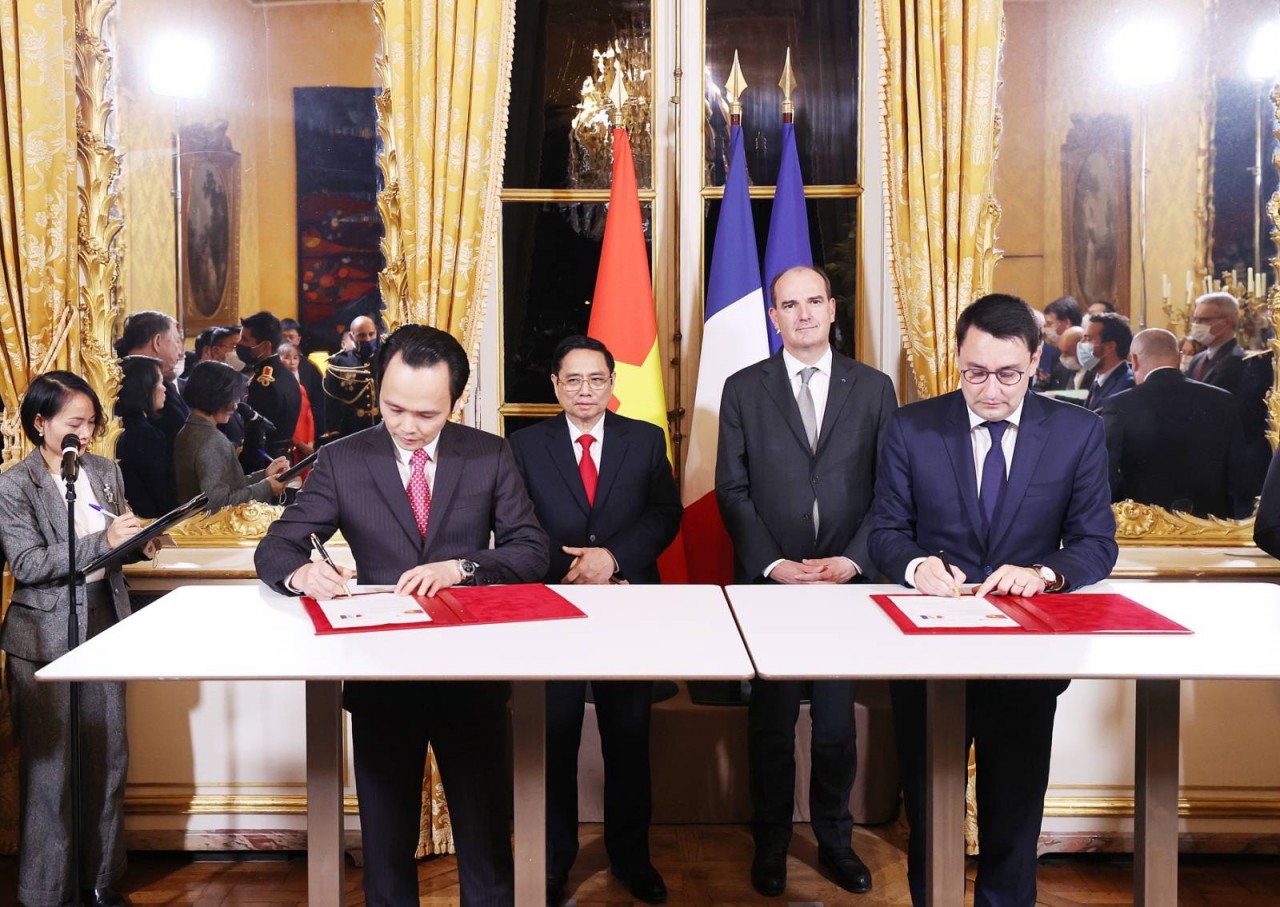 Bamboo Airways and Safran inked a Memorandum of Understanding (MOU) on a €2 billion deal, under the witness of French Prime Minister Jean Castex and Vietnamese Prime Minister Pham Minh Chinh during his working visit to France from November 3-5.
November 05, 2021 | 09:06 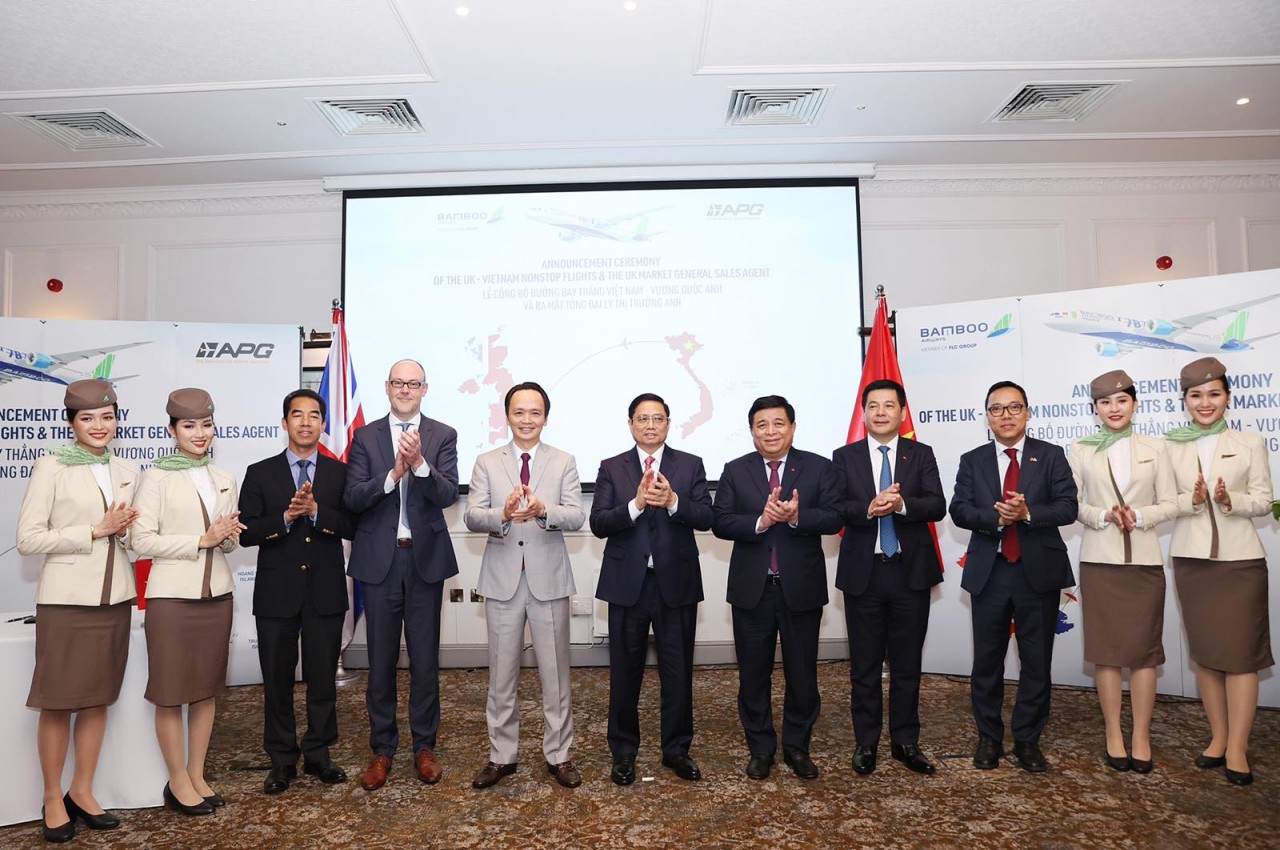 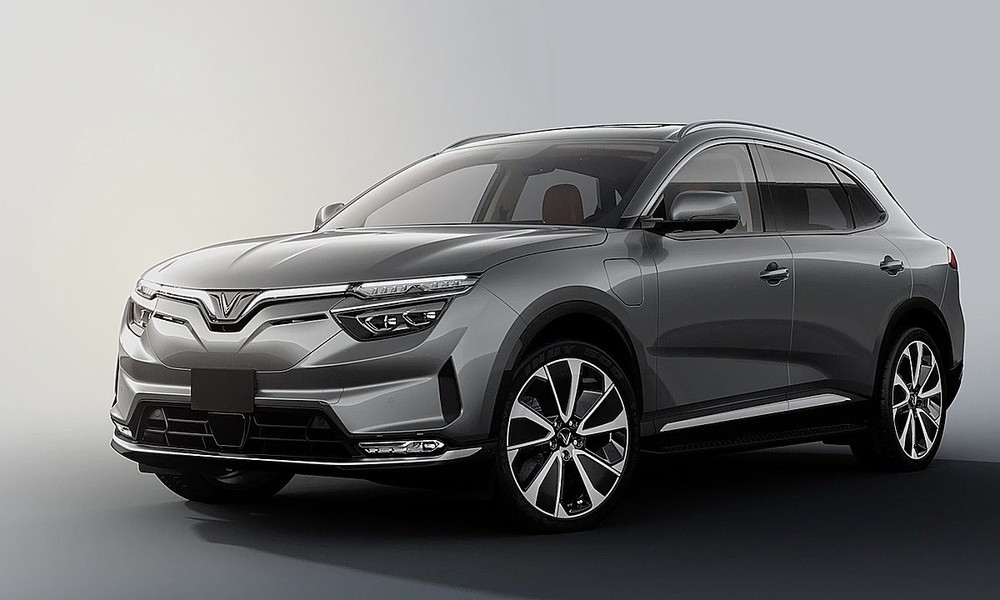 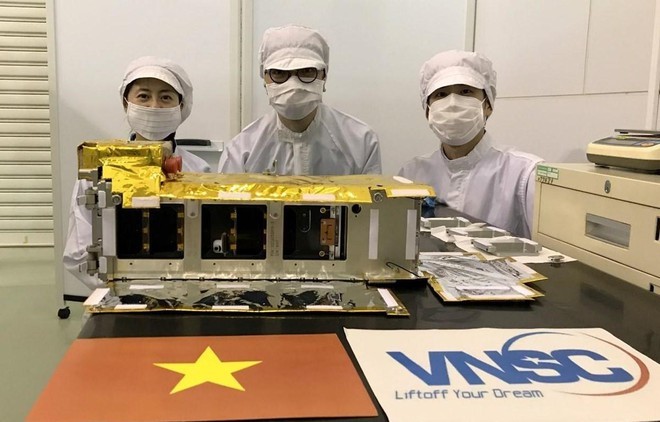 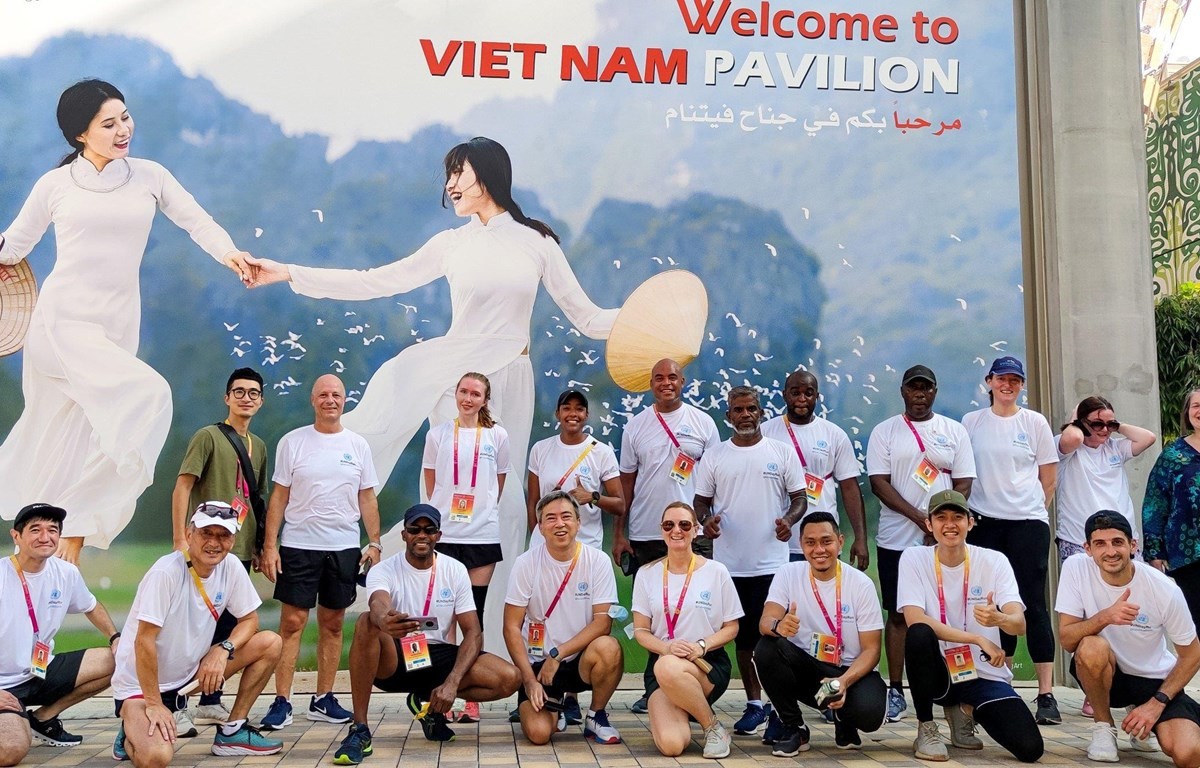 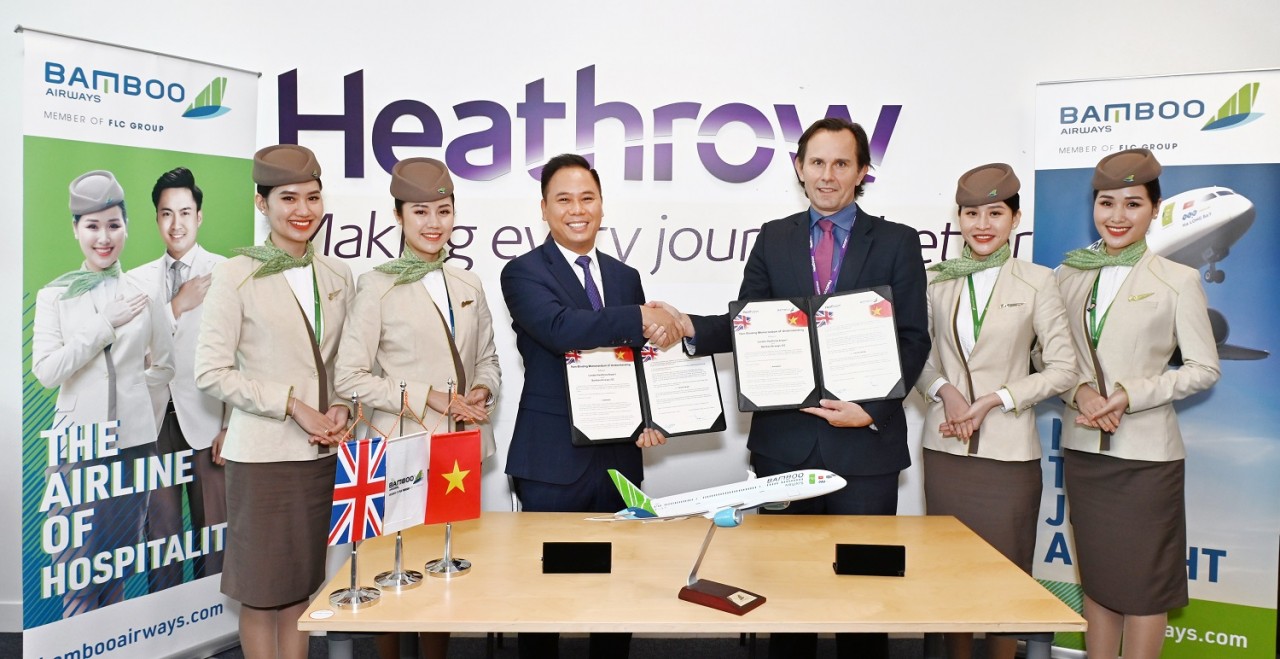