In a "Last Week Tonight with John Oliver" episode Monday, Oliver, whose show helped make a Vietnamese public announcement song on Covid-19 go viral last year, highlighted how misinformation is spreading among the immigrant diaspora in the United States, and more worryingly, how there has been little content monitoring efforts to fight misinformation in languages other than English, VNE reported.

"Sometimes the spread of misinformation is exacerbated by the fact that for many diaspora communities here in the United States, there just aren't many alternatives in their own languages."

"For many older Vietnamese-Americans, there is such a vacuum of credible news channels that broadcast in Vietnamese. Many turn to YouTube for their news, with certain channels on in their houses 24/7," Oliver said, highlighting one particular media host called Nguy Vu, who spewed misinformation on his platform King Radio," he said.

Among the snippets of Nguy Vu's King Radio show, the host said was that wearing masks were "killing people," among other false claims.

"A key problem right now is that many communities don't have the same fact-checking resources that English-speaking ones do... If someone sends you a clip from King Radio, Vietnamese language fact-checking sources are thin on the ground."

"There are some; there is Viet Fact Check, a volunteer-led project, and The Interpreter, which works to translate news articles from reputable outlets into Vietnamese," said Oliver.

On its official website, Viet Fact Check claimed to be a project of Progressive Vietnamese American Organization (PIVOT), who dedicate themselves to "empower Vietnamese-Americans with fact-checked, source-verified analysis and rebuttals in English and Vietnamese to combat the onslaught of misinformation circulating widely in our Vietnamese-American communities."

Similarly, The Interpreter, otherwise known as "Nguoi Thong Dich, brands itself as a news aggregator site with the extra feature of translation of articles into Vietnamese.

Its founders said the project is "a conduit between Vietnamese generations, conveying facts and engaging the diaspora on relevant global issues."

"We intend to play an active role in building an informed, connected, and engaged Vietnamese diaspora that seeks information and makes decisions grounded in the truth," The Interpreter states on its official website.

However, Oliver noted these fact-checkers are often small organizations that lack the resources to fight large-scale misinformation on even grounds.

"There needs to be public pressure on platforms to do something about all forms of misinformation, whether they are in English or not." 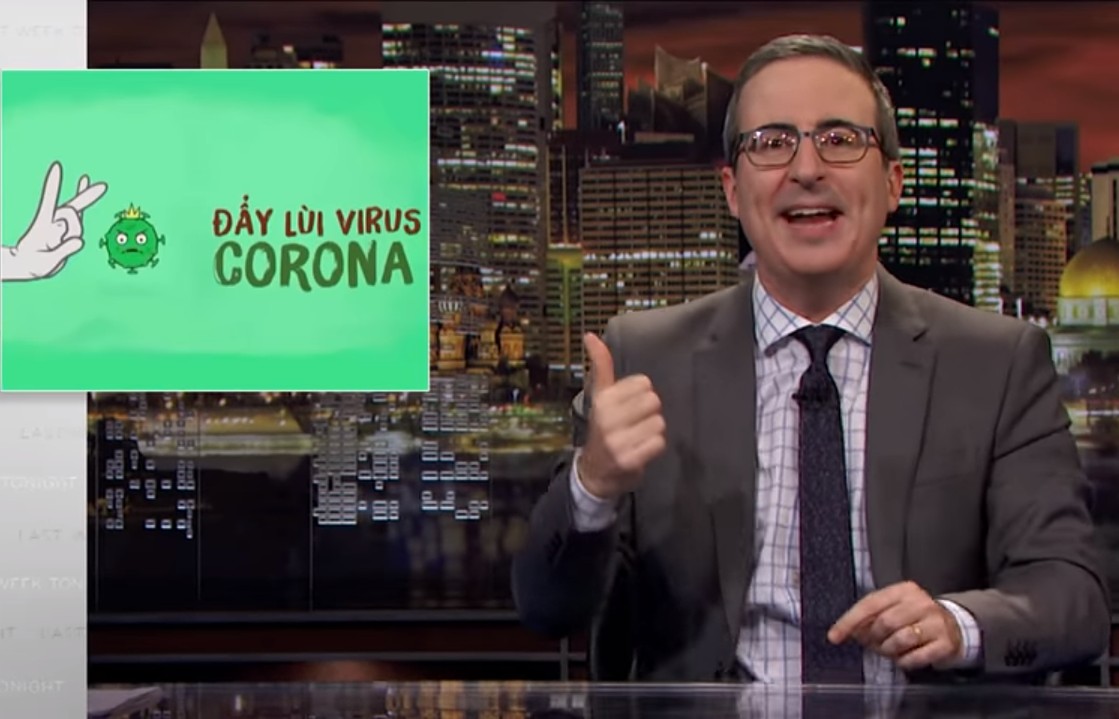 A Vietnamese public announcement on the Covid-19 in the form of a song featured in "Last Week Tonight with John Oliver" on Sunday night.
March 03, 2020 | 14:24