Many people reckoned that residents in Vientiane have stayed calm and comply with anti-Covid-19 regulations during this lockdown. Nevertheless, if the epidemic keeps lasting, the economy will adversely be impacted.
Malie Nguyen
Dieuhuong270198@gmail.com April 28, 2021 | 00:16

Laos on April 26 recorded 113 cases, raising the tally of infections to 436, said the Laotian Times. The latest cases were detected in 10 provinces and cities, with Champasak (southwest of Laos) accounting for 54 cases and Vientiane capital city 31 cases.

This was the first time that Laos has logged a three-digit number of new infections per day since the Covid-19 broke out. Vietnamese people in Laos updated with Zing News about the epidemic situation while expressing their concern about the effects on the economy if Covid-19 keeps lasting.

Hoang Luong, who has lived in Vientiane for 7 years, said despite the complicated development of Covid-19, many people have still ignored anti-epidemic measures.

"In my neighborhood, many people still gather to drink beer every afternoon. Not to mention, citizens here have a habit of eating with their hands or sharing the same bowls which pose a risk of infections”, said Luong, adding that many people don’t wear face masks in public spaces.

Luong also said the spike of Covid-19 cases in Lao was due to the last traditional New Year as many people still got together and organized parties in spite of the Government’s banning order.

He commented the Lao government has rapidly and decisively responded to the epidemic. However, some localities and residents have disregarded the rules.

Viengvilay Ouanlasy, 28, half Vietnamese, half Lao, residing in Hatxayfong district, Vientiane, said relatives of some of his friends have contracted the virus, which makes him so worried.

Tu Uyen, in Vientiane, has also lived under unease over the past days. She said “I have a small child, so, I feel really anxious. I stay at home all the time and only going out to buy food”.

Truong Tuan, a former diplomat living in Laos, said Vietnamese workers in the country have encountered many difficulties since the first outbreak. He expressed his concern that this Covid-19 wave would more greatly impact the life of Vietnamese workers.

“Restaurants and beauty establishments have been the hardest hit by the epidemic”, Tuan told Zing News.

Tran Thi Phuoc, 54, said her business has fallen into a slump due to Covid-19. Many Vietnamese people, including her, wish to return to Vietnam, but can’t.

She also hoped the government would take measures to support Vietnamese in Laos wanting to return home.

According to Tran Duc Anh Tu, 32, who trades in wooden furniture in Vientiane, the majority of Vietnamese in Laos work in the service or business sectors. Hence, the lockdown has exerted a great impact on them.

"I don't know what to do if the epidemic keeps going on”, he said.

Uyen and Luong have also suffered such a hard time.

"During the epidemic, the prices of goods escalate. Many Lao people lose their job. They have no money, so, my business is also really difficult," Luong said. 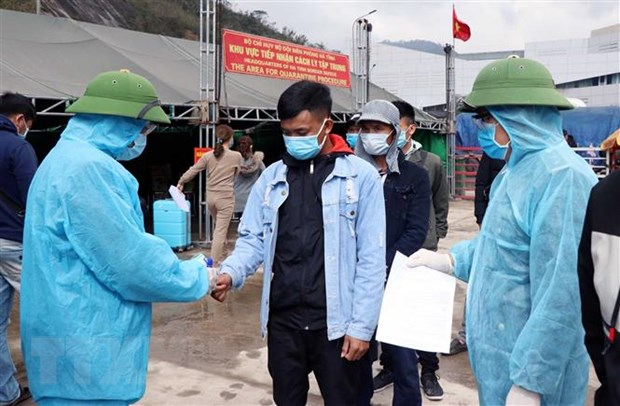 Vietnamese Embassy in Laos urges citizens not to return home

Amid the complicated Covid-19 situation, the Vietnamese Embassy in Laos has urged citizens not to return home and follow anti-pandemic measures of the host country.
June 01, 2021 | 15:52 Head of Consular Department under Vietnamese Embassy in Laos Nguyen Duy Quan said that since Covid-19 broke out, the Embassy has actively coordinated with Vietnamese and Lao authorities to protect citizens.
May 13, 2021 | 09:26

Because of curiosity and passion, Ha Thanh Nhan, an oversea Vietnamese living in America, has grown more than 500 types of chili right in his garden. His collection has up to 2,000 - 3,000 different chili varieties in the world.
August 04, 2022 | 07:51
Phiên bản di động