The festival was organized aiming to strengthen the solidarity among overseas Vietnamese students.

It drew the participation of 150 Vietnamese students from many universities and academies in Moscow.

Athletes competed in various sports such as football, relay – race, and tug of war.

The sports festival is one of the activities that receive enthusiastic responses from Vietnamese students in Moscow. It serves as an occasion for them to promote exchanges and turn their hearts to the homeland on the major national holidays.

Some pictures at the event:

An athlete took part in the relay – race.

A vibrant vibe at the tug of war.

Commemorative flags were presented to athletes. 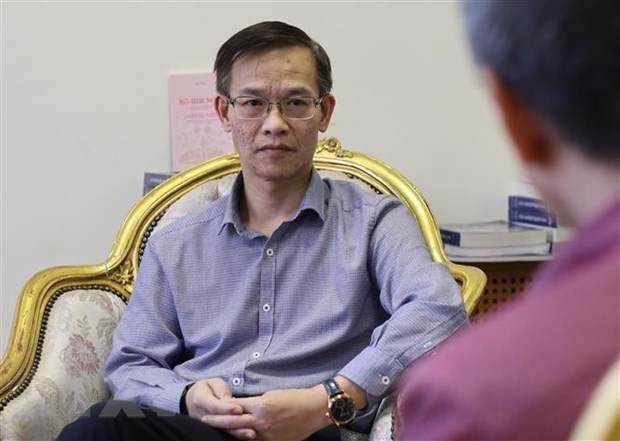 First Secretary Ly Tien Hung of educational department said that the Vietnamese Embassy in Russia has kept a close watch on developments of COVID-19 and asked Vietnamese students to stay vigilant against the disease.
March 17, 2020 | 21:58

They knew it might not happen in their time, but some students put in the hard yards to get an Ivy League school offering a Vietnamese class
November 26, 2021 | 07:57
Phiên bản di động