Recently, editor Emmanuel Boutan from Vacance - Voyageurs du Monde magazine had an article to introduce the beauty and charm of Hue Citadel, the ancient capital of Vietnam.
Tracy Dao
June 22, 2022 | 08:09

Hue used to be the capital of many kings and lords under Nguyen Dynasty. Despite many ups and downs in history, Hue still preserves finely its ancient architectural works and beautiful art, both representing the wisdom and soul of the Vietnamese people. At the same time, these special masterpieces bring special value ​​to the history and culture of the ancient capital.

Thanks to the quintessence from the previous generation, the rich traditional identity, and typical Royal cuisine, this place has become one of the top favorite tourist destinations in Vietnam, attracting a large number of tourists.

At the beginning of the article, Emmanuel Boutan described that the Hue Capital Citadel was built on a bend of the romantic Perfume River (Huong River). This is where streams and canals radiate and flow straight out into the suburbs, surrounded by ramparts and walls.

The complex of Hue Monuments was recognized by UNESCO as a World Cultural Heritage Site. The Citadel includes three citadels arranged on a vertical axis: the Imperial City (Kinh Thanh), Imperial Citadel (Hoang Thanh), and Forbidden Purple Citadel (Tu Cam Thanh). The symbol of power is shown in the drawings, colors, and patterns of the work.

The article said that today, visitors can enter Hue Citadel from the South Gate, a distinctive and impressive gate in a horseshoe shape and a wooden superstructure with a glazed tiled roof. Turning around, visitors can see the red flag with yellow star fluttering above the Flag Tower.

Moving to Thai Hoa Palace, visitors can see the image of two dragons towards the moon on the roof. In the back is the Forbidden Purple Citadel where only emperors and royal members lived. Next is the Royal Library – Lau Tang Tho, which is still miraculously intact. This is the place to keep important books, documents and papers of the court. Thanks to meticulous restoration, many sites were able to be preserved.

Emmanuel Boutan stated in his article that the royal tombs, sanctuaries, and shrines are another unique aspect of the historical architectural works in Hue. Among these tombs, the three most distinguished ones are Tu Duc tomb, Khai Dinh tomb, and Gia Long tomb.

8km from Hue Citadel lies the Tomb of King Tu Duc. Next to the very beautiful lake in the tomb are Xung Khiem and Du Khiem Pavilions, where the emperor would sit to gaze at flowers, compose poems and read books. A huge stele composed by King Tu Duc himself is placed in the Stele Pavilion right behind Bi Dinh. In the north, on Duong Xuan mountain is Tu Hieu pagoda, where many eunuchs chose as a resting place when they were old.

Going up 10km further is Khai Dinh Tomb. Emmanuel noted that visitors will be amazed by its unique architectural style with a blend of Vietnamese architecture and Beaux-Arts style (the style of Neoclassical and Greek Renaissance). The outer and inner chambers of the tomb are decorated splendidly with skillful techniques.

Traveling by waterway about 20km is Gia Long tomb, which covers the entire hill and is completely surrounded by rivers. This place is actually a complex of many graves of the royal family of the King.

Dragon boats will take visitors to the Perfume River and see this masterpiece. During the journey, visitors can stop by Thien Mu pagoda, 3km west of the Hue Citadel. The majestic pagoda is located on the top of Ha Khe hill, on the north bank of the Perfume River.

Built in 1601 and regularly restored since then, the pagoda also owns an impressive architectural work, Phuoc Duyen Tower. This tower is considered the sacred symbol of Hue city, built in an octagonal shape, 21m high and consists of 7 floors with spiral stairs, each floor has a statue of Buddha.

Not far from the city center and less known to tourists is Tu Dam pagoda - the Buddhist symbol of Hue. Due to being restored many times, Tu Dam Pagoda today is a combination of traditional and modern architecture, creating a unique beauty for this place.

Expressing his admiration for Hue's royal culinary culture, Emmanuel said that Hue's cuisine is especially famous for being inherited from the Royal Family, which means serving kings sloppy or repetitive dishes is not allowed. Therefore, chefs must prepare carefully and wholeheartedly diverse and fresh meals. Building menus and preparing dishes have gradually become art in royal cuisine.

Emmanuel also expressed his joy when he learned that royal cuisine has now been restored by passionate chefs and served on special occasions. Thanks to the variety and simplicity in the cooking process, delicious modern dishes are gradually replacing the sophisticated dishes of the past.

Besides, street food is also especially noticed and loved. Visitors can enjoy these dishes everywhere in Hue, from high-class restaurants to popular street stalls and eateries. Coming to Dong Ba market - the most famous traditional market in Hue, visitors can not only find qualified ingredients, but also have a chance to enjoy most of the traditional food, and buy essential items and souvenirs. 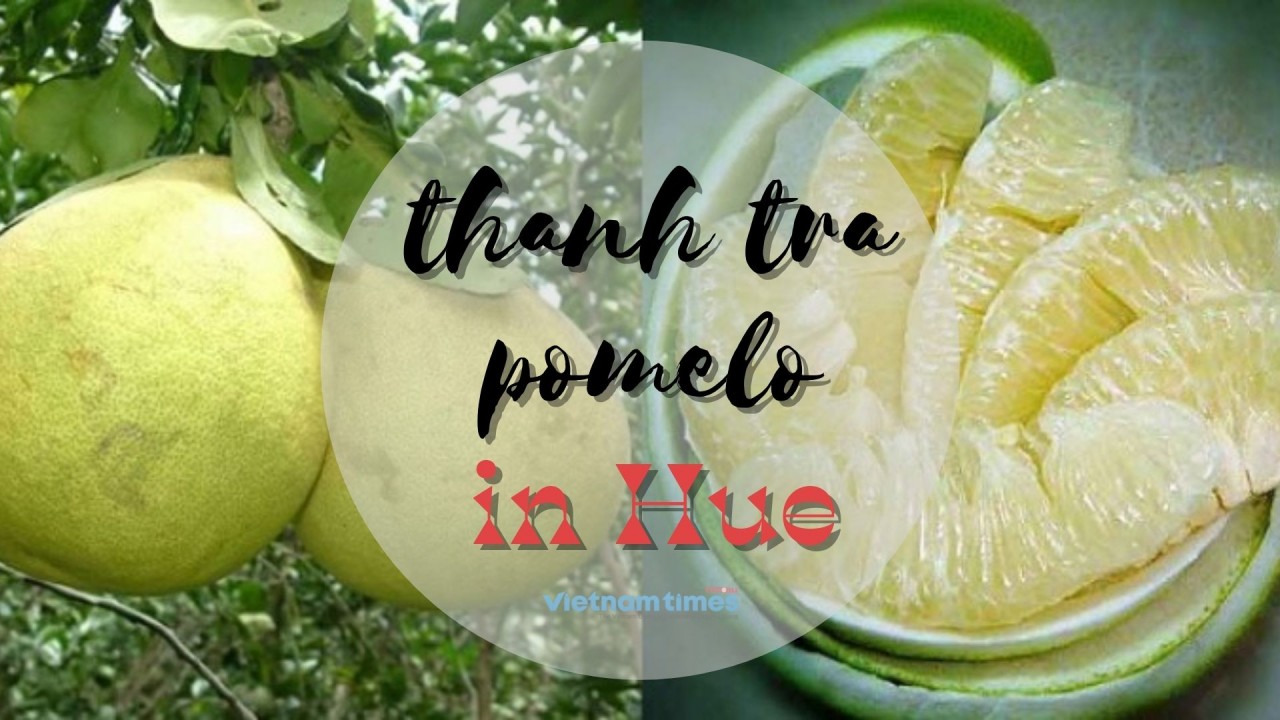 Hue has long been known as the land of various kinds of fruit. Of all, thanh tra pomelo has been famous for its irresistible flavor in Hue for hundreds of years.
September 30, 2021 | 08:11 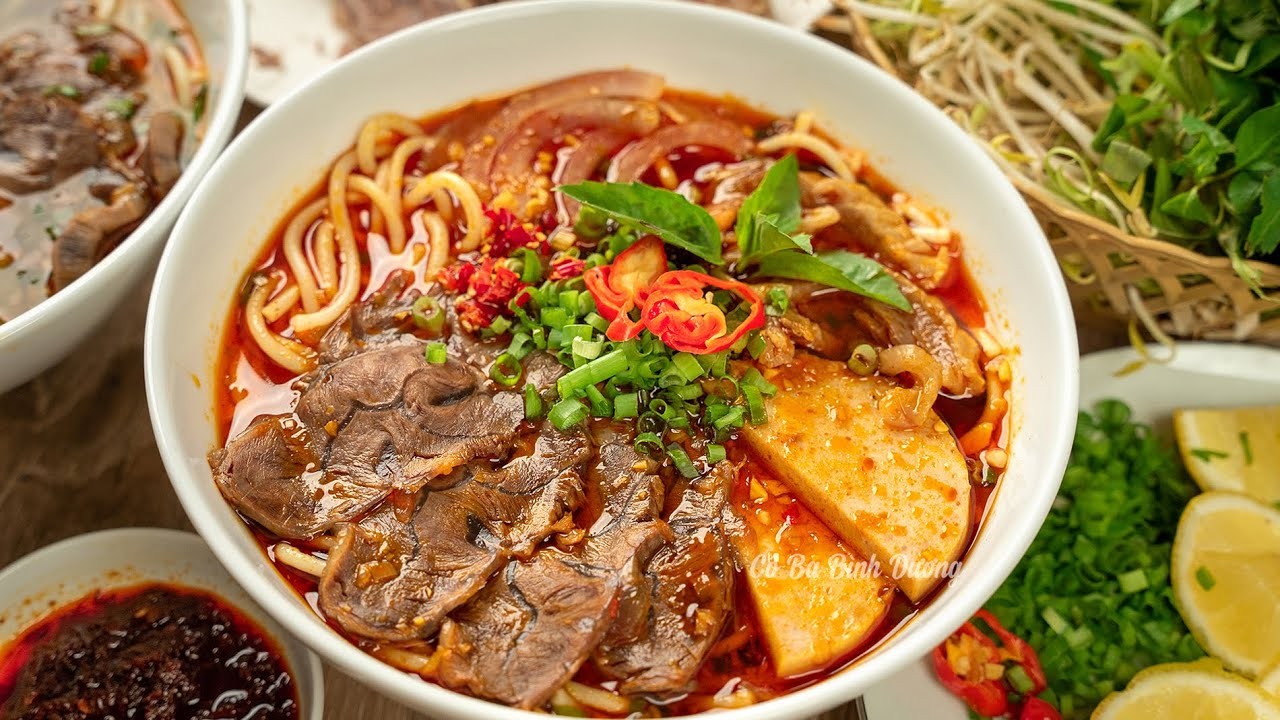 Vietnam always attaches importance to promoting its traditional friendship and cooperation with Mozambique and regards the country as a key partner in Africa.
June 22, 2022 | 08:05
Phiên bản di động