When deciding on where to live, many factors come into consideration, but something we rarely consider is whether it offers safe working environments and a better work-life balance.
Jasmine Le
[email protected] September 15, 2021 | 13:33

The Safety & Wellbeing Index analyses each city, rating them on five essential factors for safety and wellbeing and scores them on points out of 100. The chart weighs each factor, calculates a weighted total out of 100 (the lower the score, the safer the city).

In a three-way tie, Swindon, Luton and London share the title of the safest cities to live and work in the UK.

Each city averages out as great places to live and work, with low crime rates – Swindon boasts the third-lowest crime rate in England, risks of injury – Luton sets a standard with zero workplace injuries per capita of 1,000, and sickness – London’s rate of sickness is equally low – indicating an extremely low-level metric compared to other cities.

Swindon and Luton are both cities that have moved towards service and retail-based economies, away from the riskier industries of construction and manufacturing. London is known as the economic heart of the UK for a good reason. While it has a wide variety of industries, many international headquarters are located here, resulting in a glut of blue-collar jobs for the people working and living in the capital.

Reading comes in fourth, with a workplace death rate on one alongside a physical and mental health rating in the single digits, it’s clear that it is a city that takes both its employee safety seriously.

As reported by Visit Wiltshire, Swindon is a modern town surrounded by some of England’s finest countryside and famous attractions. Enriched with Victorian parks and gardens, museums including the award winning Steam Museum, and an art gallery.

Originally, Swindon was a small market town mentioned in the Domesday Book. This original settlement is now known as Old Town. Here you can take time to wander through its quiet courtyards and alleyways, stroll around the Town Gardens, or enjoy a vibrant mix of traditional shops, pubs, bars, and cafes.

The arrival of the GWR in 1840 led to great expansion and the creation of the town as it is today.

The town centre is fully pedestrianized and offers both an indoor and outdoor shopping experience. Whether you are in search of the latest fashion, or have an eye for a bargain, this is the place to be.

For those more creative purchases look out for the local and international markets that regularly come to the town.

There is also a buzzing arts scene with many events taking place throughout the year at venues including the Wyvern Theatre, Arts Centre and Swindon Museum and Art Gallery.

Luton is a large town, borough and unitary authority area of Bedfordshire, England. Luton and its near neighbours, Dunstable and Houghton Regis, form the Luton/Dunstable Urban Area with a population of about 258,000.

Luton is home to League One team Luton Town Football Club, whose history includes several spells in the top flight of the English league as well as a Football League Cup triumph in 1988. They play at Kenilworth Road stadium, which has been their home since 1905.

The Luton Carnival, which has traditionally been held on the Whitsun May bank holiday, is the largest one-day carnival in Europe. It has for the past two years been held on the Sunday instead. In 2012, it was moved to July to coincide with the Olympic Torch Relay and celebrations.

The town was for many years famous for hat-making, and was also home to a large Vauxhall Motors factory; the head office of Vauxhall Motors is still situated in the town. Car production at the plant began in 1905 and continued until 2002, where commercial vehicle production remains, according to Luton Bid.

According to Come to London, nothing prepares you for your first taste of London. This great world city is far more than just the capital of the United Kingdom of Great Britain and Northern Ireland. London is bustling, vibrant, multicultural and cosmopolitan. London is both old and new, a place where traditional pubs rub shoulders with the newest cocktail bars. Its most ancient castle is right next door to its newest skyscrapers. London's energy, as 8.6 million people go about their everyday lives, is tangible in every journey on the Underground and every walk along the banks of the River Thames. From the palaces of shopping to the real Buckingham Palace, London really does have it all.

The worst cities for safety & wellbeing

There’s always room for improvement and these five cities, unfortunately, came through short-handed in the index for the safety & wellbeing of their workers.

The last place on the index goes to Wakefield with an average score of 80/100. This is due to Wakefield receiving extremely poor scores for the number of deaths and injuries in the workplace and even when paired with the relatively average scores for mental health, crime and sickness, the city remained one of the riskiest places to live and work.

Also in the bottom five rankings were Doncaster, Salford, Rochdale and Rotherham, showing that areas on the outskirts of Greater Manchester and South Yorkshire are also not setting high standards for work-life balance and overall safety of workforces.

In fact, not only are the bottom five positions filled by northern locations but the bottom 3rd of the table consists entirely of locations from Northern England. It is clear there is a north-south divide in the standards of workplace health & wellbeing.

Located midway between England’s coasts and the Pennine Hills to the west, this small city south of Leeds has endless charm from the outset. Wakefield is drenched in history, having welcomed travellers since the Roman Age – and if that wasn’t enough, Pontefract Castle still holds 11th century cellars open to the public for exploration. Upon entering the city, the majestic building that is Wakefield Cathedral entices you to discover its secrets, and local legend even has it that the famous outlaw Robin Hood resided in Featherstone during the Middle Ages.

Currently home to around 80,000 residents, Wakefield has seen a spate of regeneration projects over the last few years, including the addition of the Trinity Walk Shopping Centre, the development of the ‘Wakefield Waterfront’ and the opening of a gallery named after famed local sculptor Barbara Hepworth. Increasingly popular with young professionals and families commuting in and out of Leeds, Wakefield was named as the third happiest city in Yorkshire in 2014 – something to be proud of indeed, One Dome said.

Ideally located where Salford meets Manchester on the banks of the River Irwell, Salford showcases the very best in heritage, arts, culture, sport, shopping, relaxation and stunning scenery. The city of Salford is a city and metropolitan borough of Greater Manchester made up of the towns of Salford, Eccles, Swinton, Pendlebury, Walkden and Irlam.

Discover Salford's fascinating heritage through many historic places of interest both on land and water such as the picturesque Worsley village and Bridgewater Canal which played a pivotal part in the industrial revolution. Other highlights include Ordsall Hall, the haunted Grade 1 listed Tudor house, Salford Lads' Club where visitors from across the globe relive 'The Smiths' legacy and one of the most unusual libraries in the world - the Working Class Movement Library.

Salford's contribution to world cuisine goes way beyond the Eccles cake with a wide range of award winning venues which have put the city on the national map, Visit Manchester reported.

Rochdale is a borough in the north of Greater Manchester, comprising of Heywood, Middleton, Milnrow and Newhey, Littleborough, and Wardle. Running alongside the Pennines, Rochdale has some of the most beautiful countryside in the region, and is home to a number of well-known landmarks, according to Visit Manchester.

In the mid-19th Century, a group from the area formed the Rochdale Equitable Pioneers Society and opened a store, initiating the first Co-operative Movement that still exists today. Sitting in the original premises, the Rochdale Pioneers Museum is open to visitors and tells the story of the Rochdale Pioneers. Also in the town centre, Rochdale Town Hall is regarded as one of the finest town halls in Europe. In the village of Newhey, Ellenroad Engine House contains the largest surviving, spinning-mill steam engine, and is open to the public to view.

Celebrating the best of the countryside in Rochdale, Hollingworth Lake is a popular destination for locals and visitors alike. There are a number of walks and cycle routes incorporating the lake, which is also a base for a sailing and rowing club, along with a variety of other watersports. As well as this, the Pennine Bridleway runs through Rochdale, offering the opportunity to explore over 200 miles of the Pennines’ routes, roads and bridleways.

Rochdale also has a number of popular food and drink offerings, including celebrity chef Andrew Nutter’s restaurant, set in the wonderful countryside on the outskirts of Norden. Situated next to the Rochdale Pioneers Museum is award-winning The Baum, serving food, cask ale and cider, and over 30 continental beers seven days per-week. Other notable restaurants in the area include La Mancha, The Waterside, The Italian Room and The Rake Tapas. The town is also home to The Flying Horse Hotel – Greater Manchester Pub of the Year 2019. 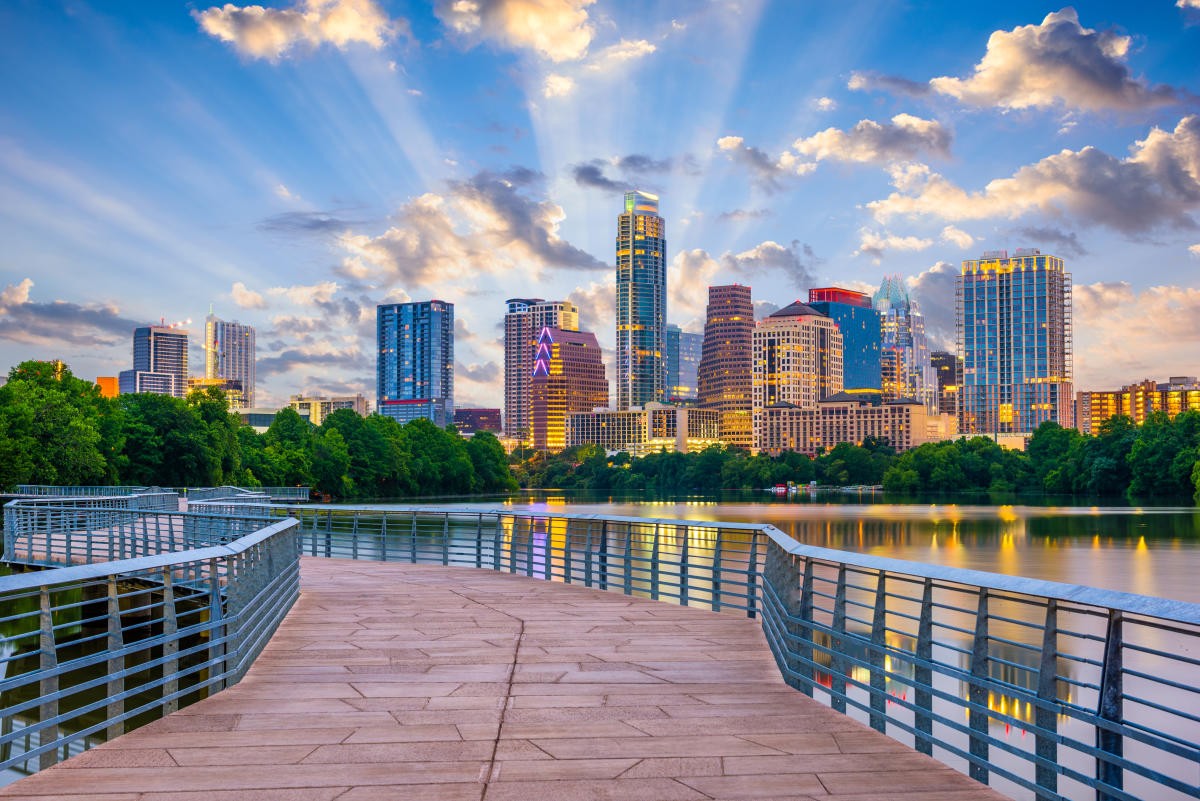 Studies use data to reveal which global cities are most accessible and attractive for remote workers by assessing factors related to employment compliance, living costs, infrastructure and liveability, in addition to showing current location trends
December 17, 2021 | 07:58 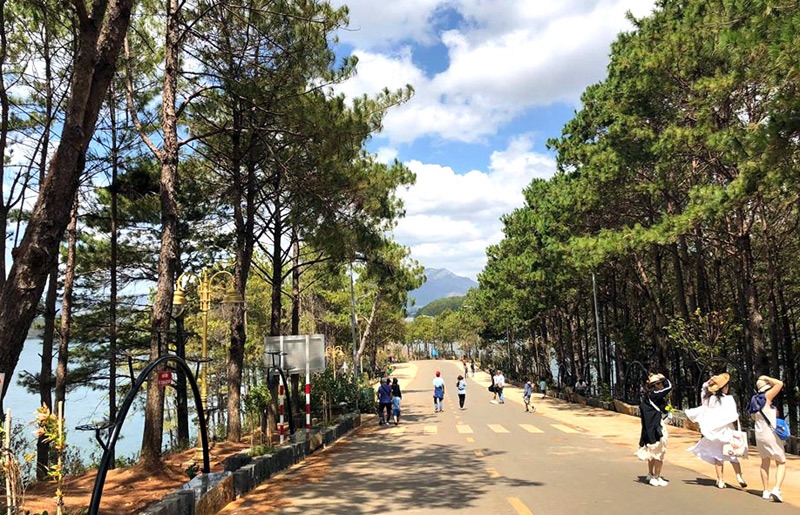 After a long time of halting operation due to Covid-19, series of historical relics and tourist sites nationwide have got green lights from local authorities to reopen and receive visitors.
April 25, 2020 | 12:57