Torrential rain since Saturday evening has wreaked havoc across Jianshi County in Enshi Prefecture of central China's Hubei Province. The county has been overwhelmed after steady rainfall reached almost 180 millimeters.

On the lake’s eastern edge in Jiangxi province, 45-year-old Xu Yongxiang told SCMP that his village of Liufang had been without running water or electricity for almost a week. Although it was time for the rice harvest, that crop, along with cotton, corn, and beans, was now underwater.

“We do not have one inch of dry ground. It has all been flooded,” Xu, who sells pork for a living, was quoted as saying on the official newspaper China Youth Daily’s microblog.

Floods have caused two deaths and left three people missing in Jianshi as of Sunday. Residents living along the river have been urged to evacuate and stay away from the river bank.

Local authorities on Sunday morning raised the flood emergency response from the second highest to the top alert, warning that water levels in the hardest-hit areas could be over 560 millimeters, CGTN reported.

Torrential rains are expected in parts of Chongqing, Guizhou, Guangxi, Hubei, Hunan, Jiangxi, Anhui and Jiangsu, the National Meteorological Centre said, warning that some areas would experience up to 180mm (7 inches) of daily rainfall.

Some of these regions will see up to 70mm of hourly precipitation accompanied by thunderstorms and strong winds, the center said, SCMP reported.

At Lake Tai, on the border of the wealthy coastal provinces of Jiangsu and Zhejiang, water levels have exceeded the safe limits for nine consecutive days.

The rains are putting renewed pressure on the massive Three Gorges Dam that straddles the river upstream of the central city of Wuhan in Hubei province.

The Three Gorges Dam, which spans Asia’s longest river, was built mainly to generate electricity, but the Chinese government also said it was expected to mitigate catastrophic flooding.

According to state news agency Xinhua, since July, flooding has affected 23.8 million people in 24 provinces. A total of 31 people are reported missing or dead and more than 2 million people had to be relocated. The economic losses are estimated to amount to 64.4 billion yuan (US$9 billion), Xinhua reported last week. 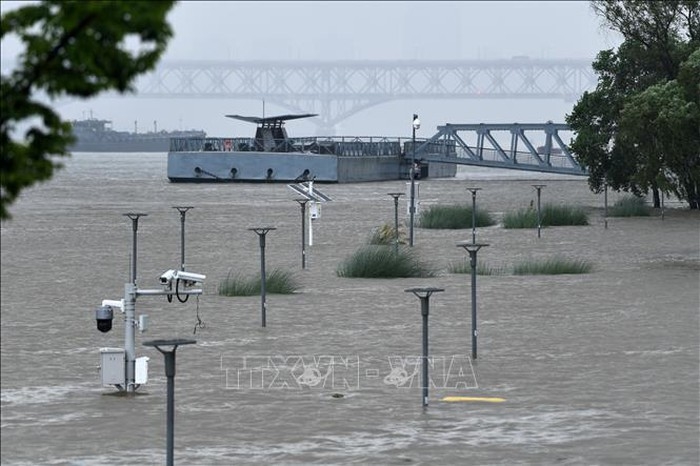 Reached water level in all the middle and lower of Yangtze River has receded to a safe level by July 30. However, the levels in many other rivers and lakes still remain above the alarming level. Meanwhile, Xi'an city is heavily stricken by severe flooding.
August 01, 2020 | 09:17