The 16th and the last COVID-19 patient in Vietnam was declared cured and discharged from hospital on February 26. 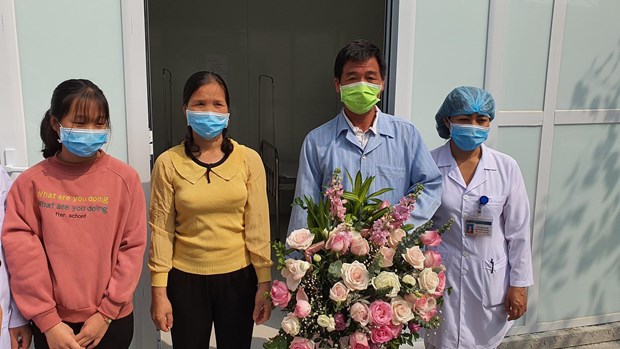 The 50-year old man (second from right) is declared cured and discharged from hospital. (Source: VGP)

This means all 16 infection cases in Vietnam, including 11 in northern Vinh Phuc province, have been successfully treated and discharged from hospital.

The 50-year old man was quarantined after his wife and two daughters contracted SARS-CoV2. At first, he showed no symptoms of fever, coughing or respiratory difficulty. However on February 11, he felt tired and tests showed he had acquired the virus.

Afterwards, he was treated at a policlinic in Vinh Phuc’s Binh Xuyen district.

Earlier, his wife and daughter had also been cured and discharged from hospital on February 20.

Since February 13, Vinh Phuc and Vietnam in general have recorded no new COVID-19 cases. However, the prevention and fight against this epidemic are still going on./.

Help pouring in for flood-relief efforts in central Vietnam