Localities across Vietnam are taking drastic measures to prevent the spread of COVID-19.
VNA
February 27, 2020 | 22:00 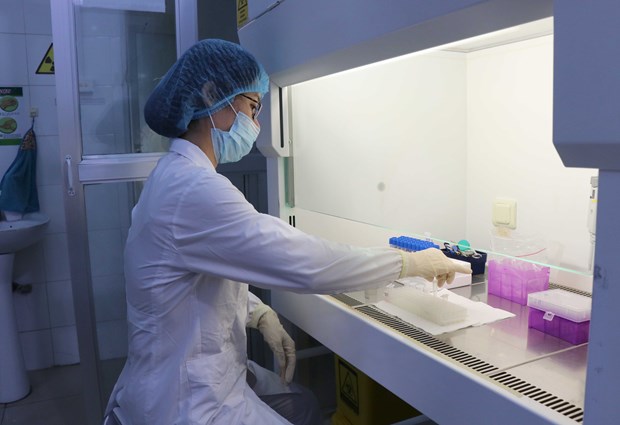 The Health Department in Khanh Hoa said on February 26 that the southern central province, a tourist magnet for Vietnam, had quarantined 36 people from the Republic of Korea (RoK), where the number of COVID-19 cases is rising fast. They include 19 from Daegu – the centre of the RoK’s coronavirus outbreak, seven from Gyongsang, five from Busan, and five from other Korean provinces. Some of them showed symptoms of coughing and mild fever, and their samples are being tested.

Meanwhile, two Korean visitors from Daegu who had refused quarantine in Phan Thiet city in the central province of Binh Thuan returned home from Cam Ranh International Airport on February 26.

Deputy Director of the department Le Tan Phung said the province’s disease control centre is investigating their travel history and listing people who had close contract with them.

The same day, the provincial People’s Committee sent an urgent dispatch to local departments, sectors and localities requesting them to step up measures to prevent the spread of COVID-19 from the RoK.

In Binh Duong province – an industrial hub in the south of Vietnam, Vice Chairman of the provincial People’s Committee Dang Minh Hung on February 26 asked agencies, sectors and localities to stand ready to respond to the disease and consider COVID-19 prevention and control as a key political task.

He also told them to “go down every alley, visit each house and review every person” to prevent the disease.

Although Binh Duong hasn’t recorded any cases so far, its medical establishments have reportedly geared up with equipment and medicine for patient quarantine and treatment.

According to the province’s steering board for COVID-19 prevention and control, 2,050 cases have been quarantined at home in Binh Duong.

There are 2,557 Korean experts and labourers in Binh Duong. Besides, 43 people from the province are also working in the Northeast Asian nation, and 17 of them are preparing to return home, the provincial Department of Labour, Invalids and Social Affairs said.

Also on February 26, Le Ngoc Han, Director of the Department of Information and Communications in Quang Ninh province, which borders China and is also a tourist destination, rejected reports that Bao Minh Radiant Hotel in Ha Long city had received guests with COVID-19.

The local Department of Tourism chose some hotels in Ha Long and Mong Cai cities, including Bao Minh Radiant, to accommodate tourists from coronavirus-hit areas for 14 days.

Han said this hotel had actively coordinated with authorities. The local health sector and relevant agencies have also sent staff to check visitors regularly. Four tourists staying at the hotel have tested negative for the virus, and have exited Vietnam.

So far, Vietnam has confirmed 16 COVID-19 cases, all of whom have recovered. The last patient was discharged from hospital on February 26. There have been no new cases reported in the country since February 13./.