Security forces in some areas appeared to become more aggressive in using force and making arrests, utilizing more plainclothes officers than had previously revealed themselves. Photos posted on social media showed that residents of at least two cities, Yangon and Monywa, resisted by erecting makeshift street barricades to try to hinder the advance of the police, according to Associated Press.

Myanmar’s crisis took a dramatic turn on the international stage at a special session of the United Nations General Assembly on Friday when the country’s U.N. ambassador declared his loyalty to the ousted civilian government of Aung San Suu Kyi and called on the world to pressure the military to cede power.

There were arrests Saturday in Myanmar’s two biggest cities, Yangon and Mandalay, where demonstrators have been hitting the streets daily to peacefully demand the restoration of the government of Suu Kyi, whose National League for Democracy party won a landslide election victory in November. Police have increasingly been enforcing an order by the junta banning gatherings of five or more people.

Many other cities and towns have also hosted large protests against the Feb. 1 coup.

Police in Dawei, in the southeast, and Monywa, 135 kilometers (85 miles) northwest of Mandalay, used force against protesters. Both cities, with populations of less then 200,000 each, have been seeing large demonstrations.

Social media carried unconfirmed reports of a protester shot dead in Monywa. The reports could not immediately be independently confirmed but appeared credible, with both photos and identification of the victim, though later accounts said the woman had not died. The reports from Monywa also said dozens or more people were arrested.

The military takeover reversed years of slow progress toward democracy after five decades of military rule. Suu Kyi’s party would have been installed for a second five-year term in office, but the army blocked Parliament from convening and detained her and President Win Myint, as well as other top members of her government.

At the General Assembly in New York, Myanmar’s U.N. ambassador, Kyaw Moe Tun, declared in an emotional speech to fellow delegates that he represented Suu Kyi’s “civilian government elected by the people” and supported the fight against military rule.

MRTV, a Myanmar state-run television channel, broadcast an announcement Saturday from the Foreign Ministry that Kyaw Moe Tun has been dismissed from his post because he had abused his power and misbehaved by failing to follow the instructions of the government and betraying it.

Kyaw Moe Tun had urged all countries to issue public statements strongly condemning the coup, and to refuse to recognize the military regime. He also called for stronger international measures to stop violence by security forces against peaceful demonstrators.

He drew loud applause from many diplomats in the 193-nation global body, as well as effusive praise from other Burmese on social media, who described him as a hero. The ambassador flashed a three-finger salute that has been adopted by the civil disobedience movement at the end of his speech in which he addressed people back home in Burmese.

In Yangon on Saturday morning, police began arrests early at the Hledan Center intersection, which has become the gathering point for protesters who then fan out to other parts of the city. Police took similar action in residential neighborhoods.

Security forces also tried to thwart protests in Mandalay, where roadblocks were set up at several key intersections and the regular venues for rallies were flooded with police.

Buddhist monks were prominent in Saturday’s march in Mandalay, as they have been regularly, lending moral authority to the civil disobedience movement that is challenging the military rulers.

Mandalay has been the scene of several violent confrontations, and at least four of eight confirmed deaths linked to the protests, according to the independent Assistance Association of Political Prisoners. On Friday, at least three people there were injured, including two who were shot in the chest by rubber bullets and another who suffered what appeared to be a bullet wound to his leg.

According to the association, as of Friday, 771 people had been arrested, charged or sentenced at one point in relation to the coup, and 689 were being detained or sought for arrest.

The coup, which stalled Myanmar’s progress towards democracy, has brought hundreds of thousands of protesters onto the streets and drawn condemnation from Western countries, with some imposing limited sanctions.

Police were out in force in cities and towns from early on Saturday in their most determined effort yet to stamp out the protests.

Police deployed stun grenades that detonated near a group of civilians and made one arrest. Security forces brandished batons at journalists who attempted to approach and document the arrest.

“We’re fighting to end this military bullying which has been going on for generation after generation,” Shar Yamone said.

Next steps at UN unclear

Reporting from the United Nations, Al Jazeera’s James Bays said the military’s move to fire the ambassador could be the beginning of a long process at the UN.

“The military say that they have fired him. Does that mean that he is no longer the ambassador here in New York? It’s not entirely clear at this stage.

“This could end up as a drawn-out affair, assuming the ambassador wishes to stay in the United States and we assume he won’t want to back to Myanmar because of possible reprisals against him.

“If he says he is staying and is still the legitimate representative of the real government in Myanmar, whose leaders are currently in jail, then it will go to a complicated procedure at the UN General Assembly called the credentials committee, that has nine members on it.

“Currently it has the US, Russia and China among those members, and they will have to decide what to do.” 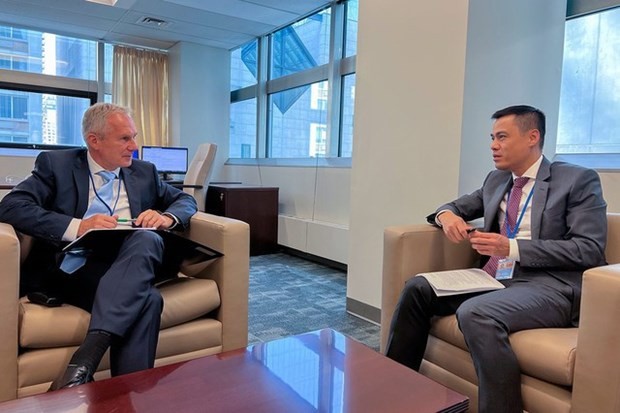 Vietnam will actively join and contribute to promoting the common agenda of the international community, as well as seek solutions to global challenges.
August 21, 2022 | 10:50 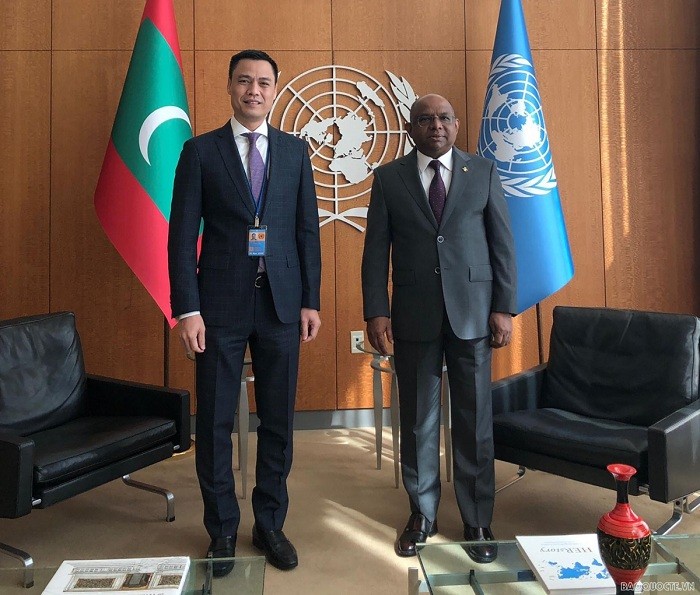 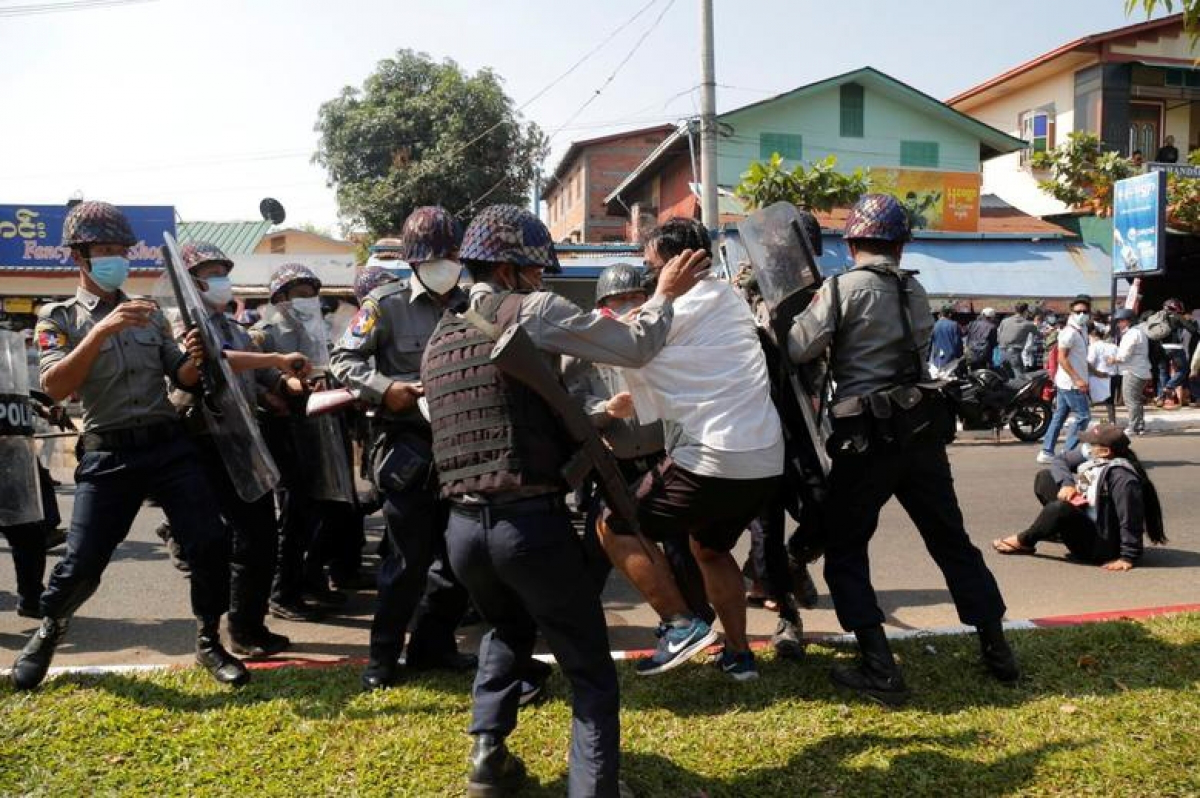 The US, UK and Canada announced more sanctions targeting Myanmar’s junta to put pressure on the country’s military after the Feb 1st coup.
May 19, 2021 | 01:18 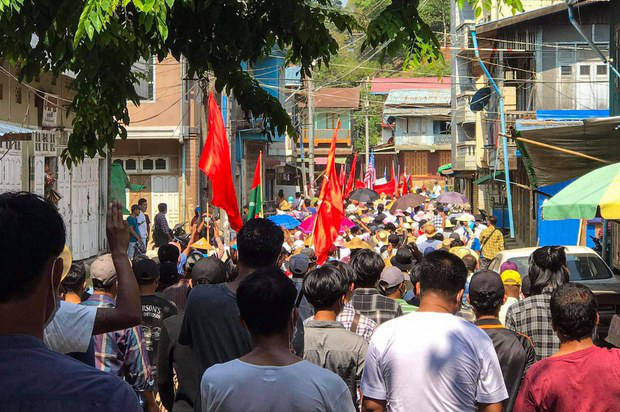 2000 people, mostly children and the elderly, trapped in Mindat in the middle of the clash between the government troop and local fighters.
May 17, 2021 | 14:04