Two Asiatic black bears in Ha Nam province have been rescued on May 20 and brought to the Bear Sanctuary Ninh Binh by Four Paws, an international animal welfare organization, and Ha Nam province's Forest Protection Department.

These two female bears, named Cuc and Nhai by the rescue team, have been captivated in tiny cages for almost two decades.

Four Paws Viet’s rescue team had begun their rescue mission right away with strict extra precautions in place to keep the team safe in these difficult time.

Cuc and Nhai will receive proper veterinary care and start their new life in the Bear Sanctuary Ninh Binh .

The Bear Sanctuary Ninh Binh is a Four Paws' solution in the mutual effort to end bear farming in Vietnam, contributing to the prevention of bear hunting and trading to help conserve the remaining bear populations in the wild. In parallel with animal rescue and caretaking, the sanctuary is a practical education center for changing awareness of environmental protection and nature conservation.

Since it was operational in March 2019, the sanctuary in Nho Quan district, the northern province of Ninh Binh, welcomed 2,500 visitors, including 2,000 international holiday-makers, reported VNA.

The center has a total area of 10ha, able to accommodate about 100 bears in suitable semi-natural habitat.

It has cared for about 29 bears which used to be kept in captivity and illegally traded to harvest their bile.

This facility is expected to contribute to improving animal welfare, especially for bears, and providing a safe semi-natural habitat for them to recover their natural behaviors, thus helping to end bear farming for bile and protect bears in the wild.

Four Paws is racing against time to rescue bears which are being kept in bear farms as well as contributing a joint effort to end bear farming in Vietnam. Currently, there are nearly 400 bile bears - mostly Asiatic black bears - being kept in poor living conditions in nearly 130 private bear farms across Vietnam. These bears are malnourished, neglected from caring and are at risk of being killed before being taken to safe and species-appropriate places as the Bear Sanctuary Ninh Binh./. 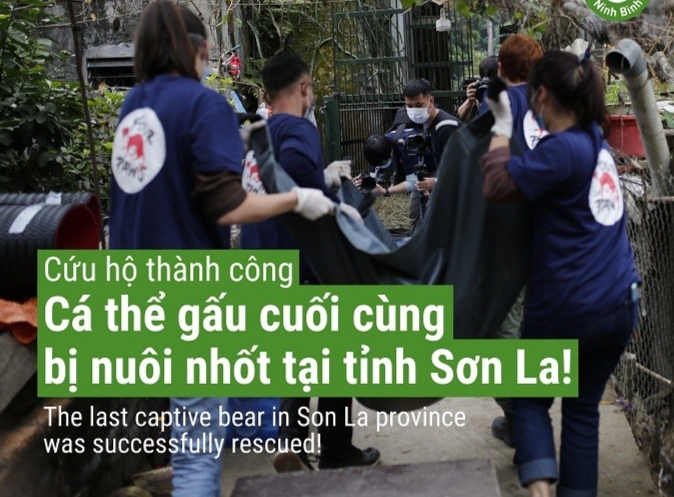