Dalat, "the city of flowers", is famous for its cool climate and natural beauty, and also the home for many old and historical monasteries.
Chau Polly
April 17, 2021 | 16:09

Most of them were built during the French colonial period after the French founded the city as a resort town to get away from the humid, hot climate in the south.

Monasteries with arched windows and balconies with large glass doors are European in design, but are also in harmony with the gentle rhythm of the city.

Some monasteries are still places of prayer, while the rest have been assigned to state units for maintenance and repair or have been changed to become tourist attractions.

The most typical of these is the Redemptorist monastery, which is now being used as a biological museum managed by the Tay Nguyen (Central Highlands) Biological Institute.

The Tay Nguyen Biological Institute was originally Vietnam’s Redemptorist monastery but has been used for research after 1975. It is situated on Tung Lam hill, seven kilometers from the resort town of Da Lat, in the Central Highlands province of Lam Dong.

The building is located in the middle of a pine forest. The monastery was built in 1952 in European religious architectural style, according to VnExpress.

At the time, the monastery was the second stone building in Vietnam after Phat Diem Church in Ninh Binh Province, 120 km south of Hanoi.

Inside, at the center, stands a cross with the Latin inscription "Copiosa Apud Eum Redemptio," usually translated as "With Him is plentiful Redemption."

The institute consists of five floors and 120 rooms. The second floor serves as a biology museum. The museum has seven display rooms and six archive rooms. Each room is divided into areas for displays of stuffed mammals, birds, reptiles, plants, and so on.

The museum also has samples of 95 bird species and more than 30 amphibians and reptiles, many characteristic of the Central Highlands. There are also 245 large mushrooms varieties that grow in the pine forests of Lam Dong Province.

Some species are extinct, but their complete skeletons, intact, are on display.

A greater adjutant, a species listed in Vietnam’s Red List of animals, spreads its wings.

The traditional charm of the museum, with its mossy staircases and stone walls, makes it an ideal backdrop for wedding photo shoots. Every day dozens of couples preen for the camera around the museum, as do tourists.

Thien Chanh, a photographer, explained: "This place is large and quiet, the architecture is like that of an old European castle, very suitable for wedding photography. There is no fee for shooting, only the VND15,000 (65 cents) entrance fee."

Residents and tourists alike have shared their disappointment over the removal of large portions of the Franciscaines Misionnaires de Marie – an abandoned monastery in the Central Highlands city of Da Lat – during the site’s renovation.

Spanning more than seven hectares, the chapel and residential quarters of Franciscaines Misionnaires de Marie sit between Tran Quang Dieu and Hung Vuong Streets in Da Lat, which is the capital of Lam Dong Province, according to Tuoi Tre News.

For years, the iconic chapel has been an inspiration for Vietnamese artists and photographers, being reimagined in countless works of art.

According to writer Nguyen Vinh Nguyen, the Benedictine complex was designed and built by French architects Alexandre Leonard and Paul Veysseyre in the late 30s and early 40s, marking the onset of Benedictine missionaries from the West making their way to Vietnam.

In 1954, these missionaries left the complex in the hands of Franciscans nuns before moving to Hue in the central region to set up the Thien An Monastery.

In the following years, the nuns enlisted Vietnamese architect Pham Khanh Chu to design additional classrooms behind the existing complex.

According to Tran Ngoc Trac, former head of Lam Dong Province Arts and Literature Association, the mission was known as Viet Nu Commercial School in 1969.

In 1979, the seven-hectare complex was handed over to the government.

Over the following decades, the school’s two classroom blocks and residential building served as the province’s supplementary school, then as the Lam Vien Hotel, and eventually Tran Phu High School.

In the 1980s, another building was built between the two blocks.

The chapel and monastery were next used as a warehouse, sports hall, and residential structure.

It was eventually abandoned for several years before becoming a campus of the Ho Chi Minh City University of Architecture.

"Restoring costs much more than rebuilding but we must protect this significant landmark."

The complex is now under restoration to become a campus of the HCM City University of Architecture.

The project, co-headed by Huy Hoang Company and the university, started by the end of February.

A representative of HCM City University of Architecture told Tuổi Trẻ (Youth) newspaper that the university has plans to restore the site.

“We see the complex as a meaningful and valuable heritage site. Restoration costs are much more than rebuilding, but we must protect this significant landmark."

Associate Professor Le Van Thuong, rector of the university, said the chapel area and the dorm for monks will be preserved in their original state. Damaged parts such as doors and the roof will be repaired or replaced but will be consistent with the overall structure.

"We will keep the original architecture and materials of the building as much as possible. Only damaged and deteriorated places will be replaced with new materials. The paint will be the original colours," Thuong said.

When the work is completed, the chapel will become the university hall, while the dormitory area of ​​the monastery will remain as the residential function. The classroom area will become a lecture hall for students, Thuong said.

Ninh Viet Anh, teacher at HCM City University of Architecture, said that for works with historical architectural significance​, conservation must be carefully considered.

With conservation projects such as these, the city can keep its unique architectural features from the French colonial period and continue to be a popular tourist destination. 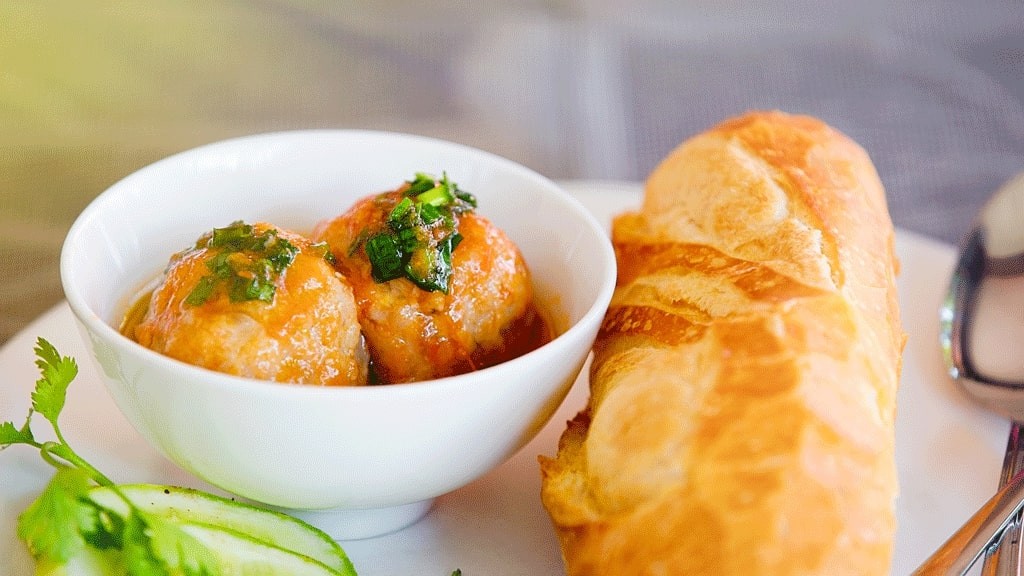 Not only famous for its beautiful sceneries and destinations, Dalat is also well-known for some of its best and significant dishes.
October 05, 2021 | 08:03 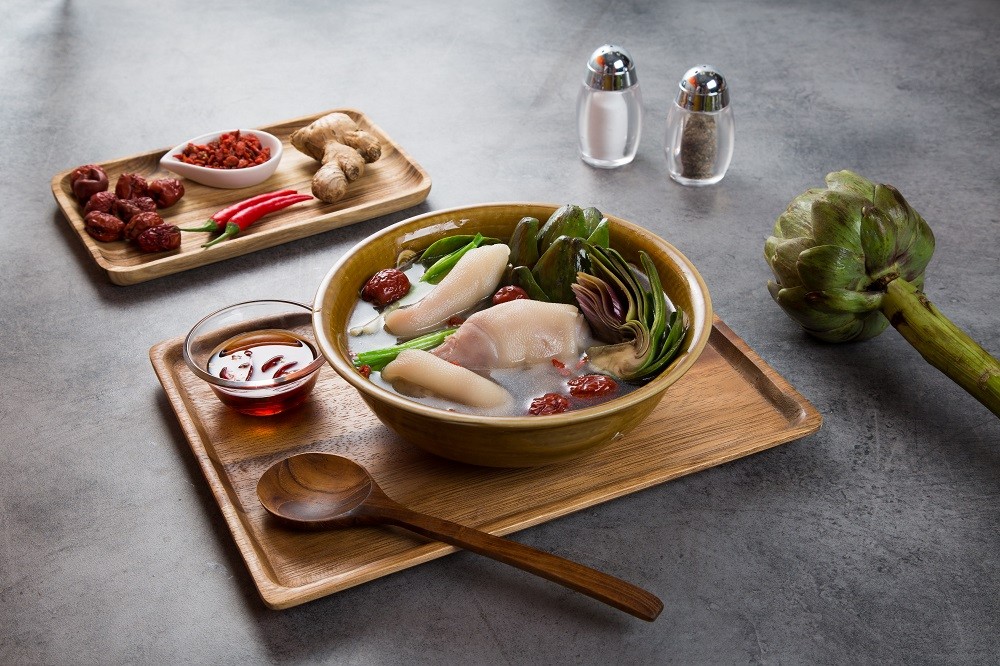 Artichoke has many benefits to your health and immune system, and it is also used to make most of the popular dishes in Dalat, including artichoke stewed pork soup.
August 24, 2021 | 16:59 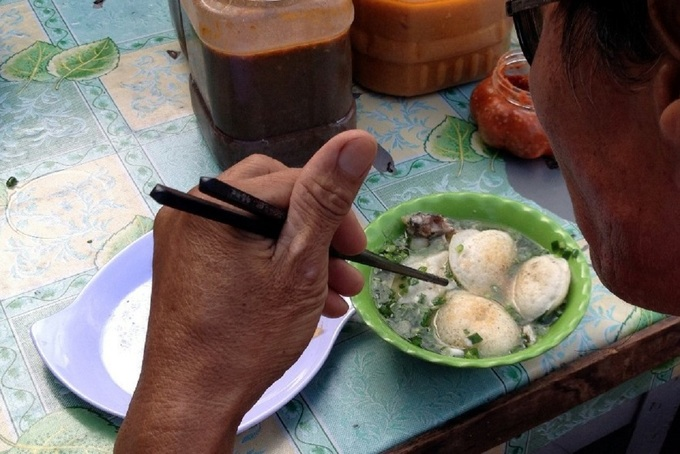 Vietnam cuisine: Can cake of Dalat and Phan Rang

Diners in Phan Rang eat “Can” cake with a bowl of light braised fish sauce or seasoned fish sauce, and people in Dalat enjoy it with shumai dipping sauce
June 28, 2021 | 22:55 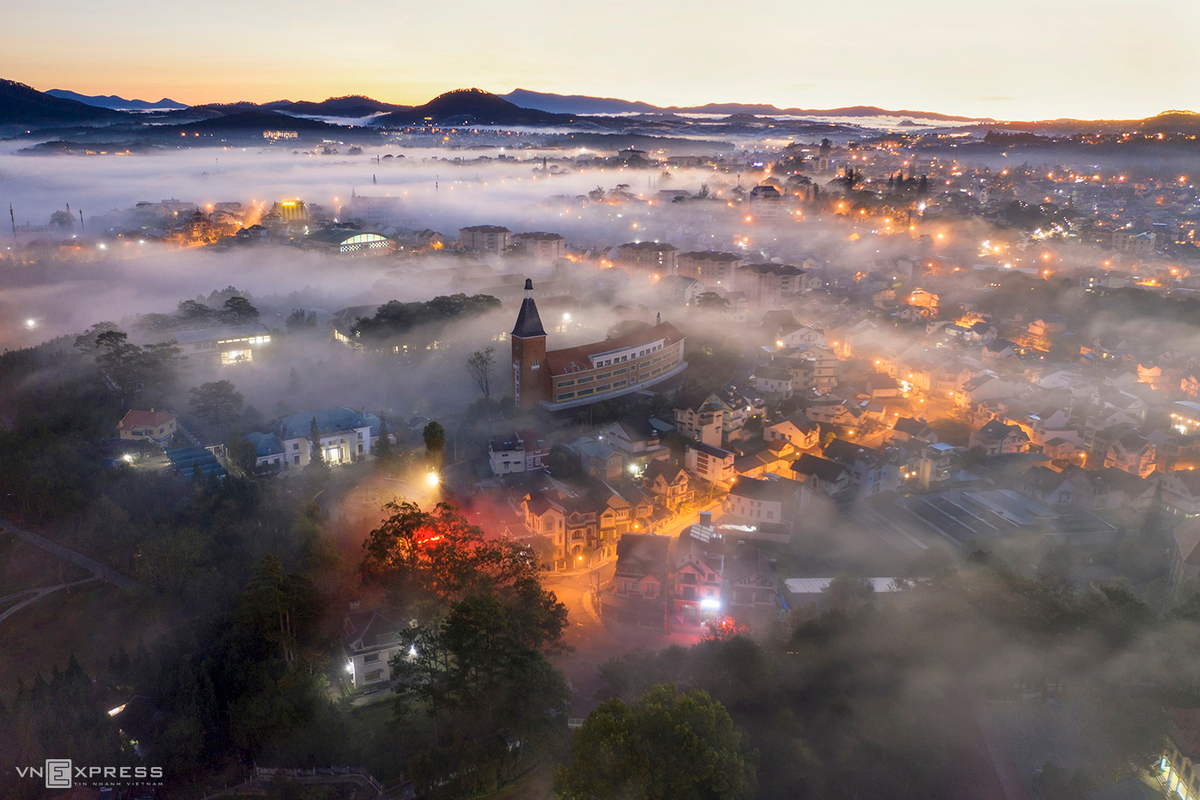 City in the clouds: epic photos of Dalat's misty season

From April to May, a cloud of mist covers the southern city of Dalat, where it looks like the setting of a mysterious fairytale
May 04, 2021 | 10:19