The Vietnamese Party, State, people and peace movements will continue to join efforts to materialise the goal of building a world of peace, security, stability, prosperous development and no nuclear weapons.
Rosy Huong
huongthhd@gmail.com August 01, 2021 | 20:11

“I believe that the solidarity and cooperation of all peace and progressive forces, especially organisations attending the 2021 World Conference against A and H Bombs, will contribute to building a world of peace, security, stability, prosperous development and no nuclear weapons.”

Vietnamese President Nguyen Xuan Phuc expressed his belief in a message of solidarity sent to the 2021 World Conference against A and H Bombs, to be held both online and in person in Japan’s Hiroshima and Nagasaki cities from August 2-9.

In the message, Phuc affirmed that the Vietnamese Party, State, people and peace movements will continue to join efforts to materialise the goal of building a world of peace, security, stability, prosperous development and no nuclear weapons.

This is the eighth consecutive year since 2014, Vietnam has sent a message to the conference, especially in the context of the Treaty on the Prohibition of Nuclear Weapons (TPNW) officially coming into force on January 22, 2021. Vietnam is the 10th among the 55 countries that have signed and ratified the treaty.

The President said 76 years since the atomic bombings of Hiroshima and Nagasaki, the sad memories of these disasters must never be forgotten.

“We deeply sympathize with Japanese people on the great losses, and hope that no other nations will suffer similar disasters in the future,” he said.

Vietnam has suffered from the catastrophic consequences of wars, especially the Agent Orange, a chemical weapon that has killed millions of people, causing terrible, long-term environmental effects, Phuc continued.

“Vietnam has persistently pursued the policy against nuclear weapons and been one of the first countries to join, sign and ratify the Treaty on the Prohibition of Nuclear Weapons

We are delighted as the treaty has officially come into force as from January 22, 2021, which is attributable to efforts by governments as well as the companionship and strong support of peace movements in the world and Japan,” he said.

The leader pointed out unexpected threats of nuclear weapons and complex developments of competitions between powers, extreme nationalism, great powerism, unilateral acts taken by big countries at hotbeds like the South China Sea (Bien Dong Sea) and East China Sea, along with non-traditional challenges such as climate change and diseases.

Phuc expressed his gratitude to the Japanese State and people, and peace lovers across the world for their good sentiments and valuable support to Vietnam during the country’s past struggle for national independence and reunification, as well as the present cause of national construction and development./. 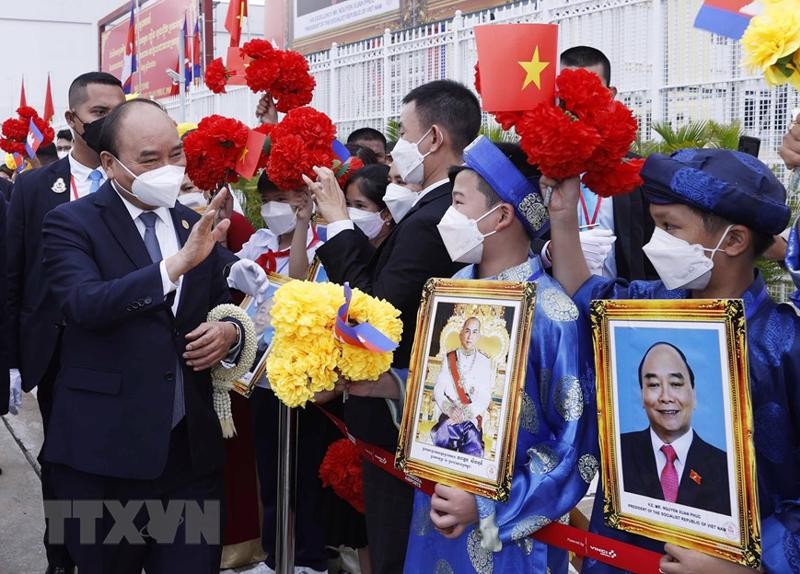 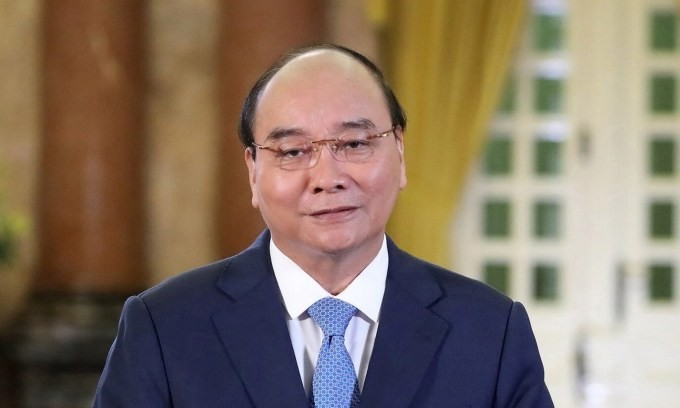 President Nguyen Xuan Phuc will pay a two-day state-level visit to Cambodia this month at the invitation of Cambodian King Norodom Sihamoni.
December 18, 2021 | 08:24