The U.S. Navy is conducting parallel exercises in the Philippine Sea and the Indian Ocean, which involves the "Quad" nations, including the U.S., Japan, India and Australia. The move will surely draw China’s attention.
Jasmine Le
[email protected] July 24, 2020 | 09:56

The US Navy announced on Tuesday it had started a trilateral exercise in the Philippine Sea with the Australian Defense Force and Japan's Maritime Self-Defense Force.

According to Nikkei Asian Review, the drill began Sunday, just one day before the US and Indian navies started their joint exercises in the Indian Ocean, which was led by the American aircraft carrier USS Nimitz.

The U.S., Japan, India and Australia have been holding the Quadrilateral Security Dialogue, or Quad, since 2007. Some nations, however, were still cautious not to paint the gathering as the foundation of an Asian NATO, or a military grouping.

In 2007, Australia assured China that it preferred to restrict the Quad to issues of trade and culture. Meanwhile, India emphasized to China that the Quad had no security implications.

However, the exercises held involving all our Quad countries in the Indo-Pacific region has raised analysts concerns as to whether such "bashfulness," was receding.

Public sentiment in India is changing quickly following the recent border clash in the Himalayas with China.

"With India appearing poised to invite Australia to the Malabar naval exercises this year, the symbolism will not be lost on China," said Derek Grossman, senior defense analyst at the California-based Rand Corp. "Having all four Quad members conducting a de facto Quad military exercise will demonstrate unified resolve to counter and compete with China across the Indo-Pacific and indeed the world."

"If Australia is invited to join the Malabar exercises, it indeed would provide renewed optimism for military operationalization of the Quad," said Sameer Lalwani, a South Asia expert at the Washington-based Stimson Center.

According to Patrick Gerard Buchan, director of the U.S. Alliances Project at the Washington-based Center for Strategic and International Studies, while India's level of caution toward the Quad had been lowered due to the recent border clashes, "it hasn't dropped altogether”. In fact, the Quad has always faced a balancing act with China.

Stimson's Lalwani, on the other hand, said India and the US’s joint exercise in the Indian Ocean is a precursor of things to come.

"That there were significant U.S. and Indian guided missile ships deployed together cannot go unnoticed and suggests the potential for formidable air defense and anti-submarine-warfare operations," Lalwani said.

Patrick Cronin, the Asia-Pacific security chair at the Hudson Institute think tank, agreed. "The international naval exercises underway in the Indo-Pacific are just the latest demonstration of India, Australia, and Japan shedding prior inhibitions about multilateral military maneuvers," he said.

The naval exercises come at the time when all four Quad countries’ relations with China is worsen.

"Since 2016, major powers have become more assertive in advancing their strategic preferences and seeking to exert influence, including China's active pursuit of greater influence in the Indo-Pacific," Australia said in its 2020 Defence Strategic Update paper last month. "Australia is concerned by the potential for actions, such as the establishment of military bases, which could undermine stability in the Indo-Pacific and our immediate region."

"The Chinese Navy and Air Force have in recent years expanded and intensified their activities in the surrounding sea areas and airspace of Japan, and there are cases involving the one-sided escalation of activities," Japan said in its own 2020 defense white paper.

"As a core formulation, the Quad with perhaps some among ASEAN members, may eventually become a useful counterweight to China's muscle-flexing and ambitions”, Shrikhande was quoted by Nikkei Asian Review as saying.

For that to happen, Shrikhande said, the Quad's cooperation needs to be multidomained. "Increased naval deployments in the Indian Ocean region as well as in the Western Pacific are one aspect, but the diplomatic, economic and even information campaigns to rally closer have not happened anytime in the past."

"I can sense a willingness in the four capitals to move from talk to walk," he said. 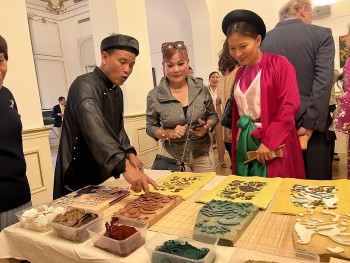 Vietnam Days in Austria 2022 program officially took place, opening the series of events of Viet Nam Days Abroad 2022. This is one of the important activities organized by the Department of Cultural Diplomacy and UNESCO Affairs, Ministry of Foreign Affairs to celebrate the 50th anniversary of the establishment of diplomatic relations between Vietnam and Austria (December 1, 1972 - December 1, 2022).
17:20 | 29/09/2022 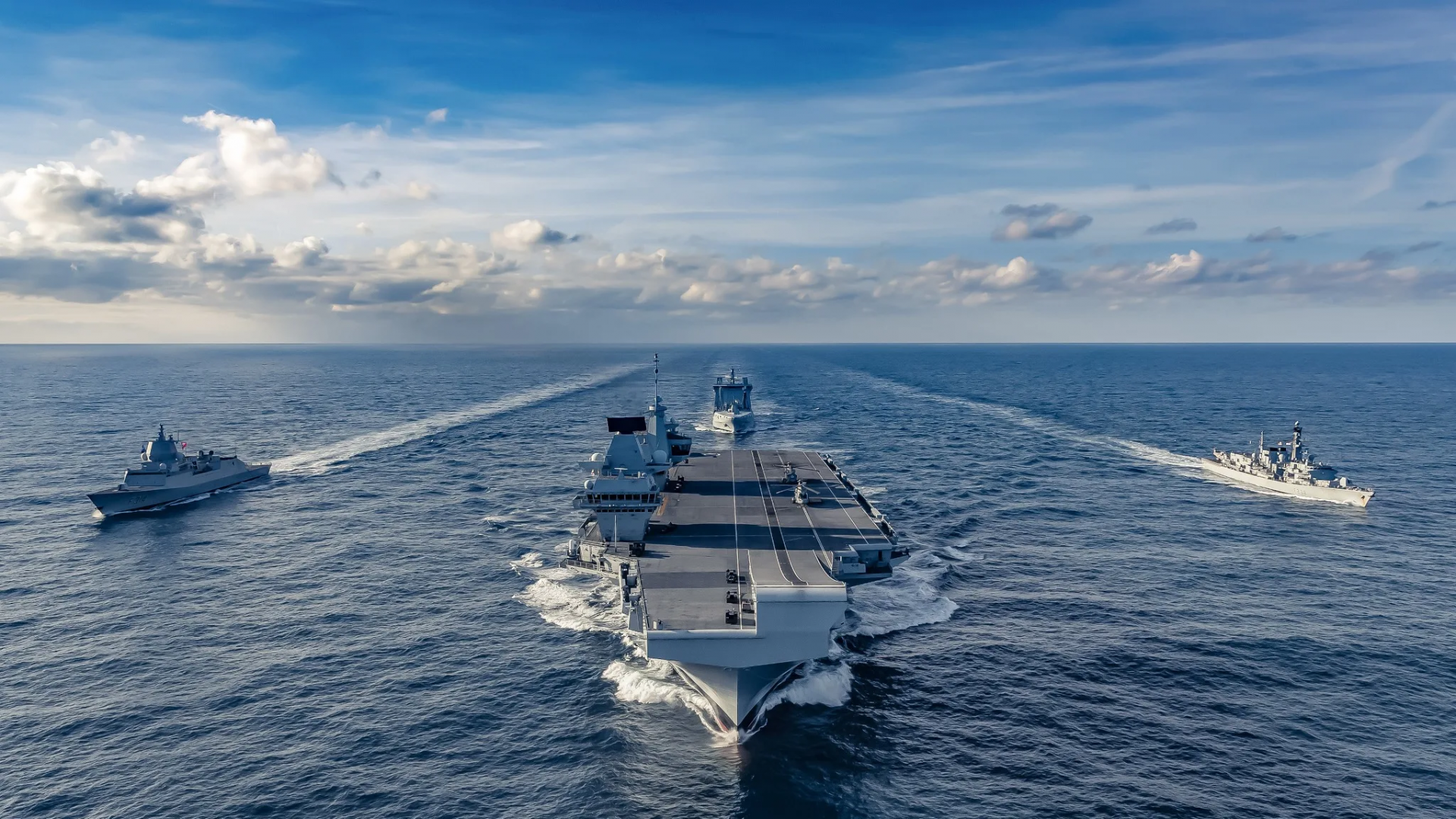 The UK is planning to send an aircraft carrier strike group to the western Pacific as soon as early 2021, while India is eyeing the development of a third aircraft carrier.
December 07, 2020 | 07:44 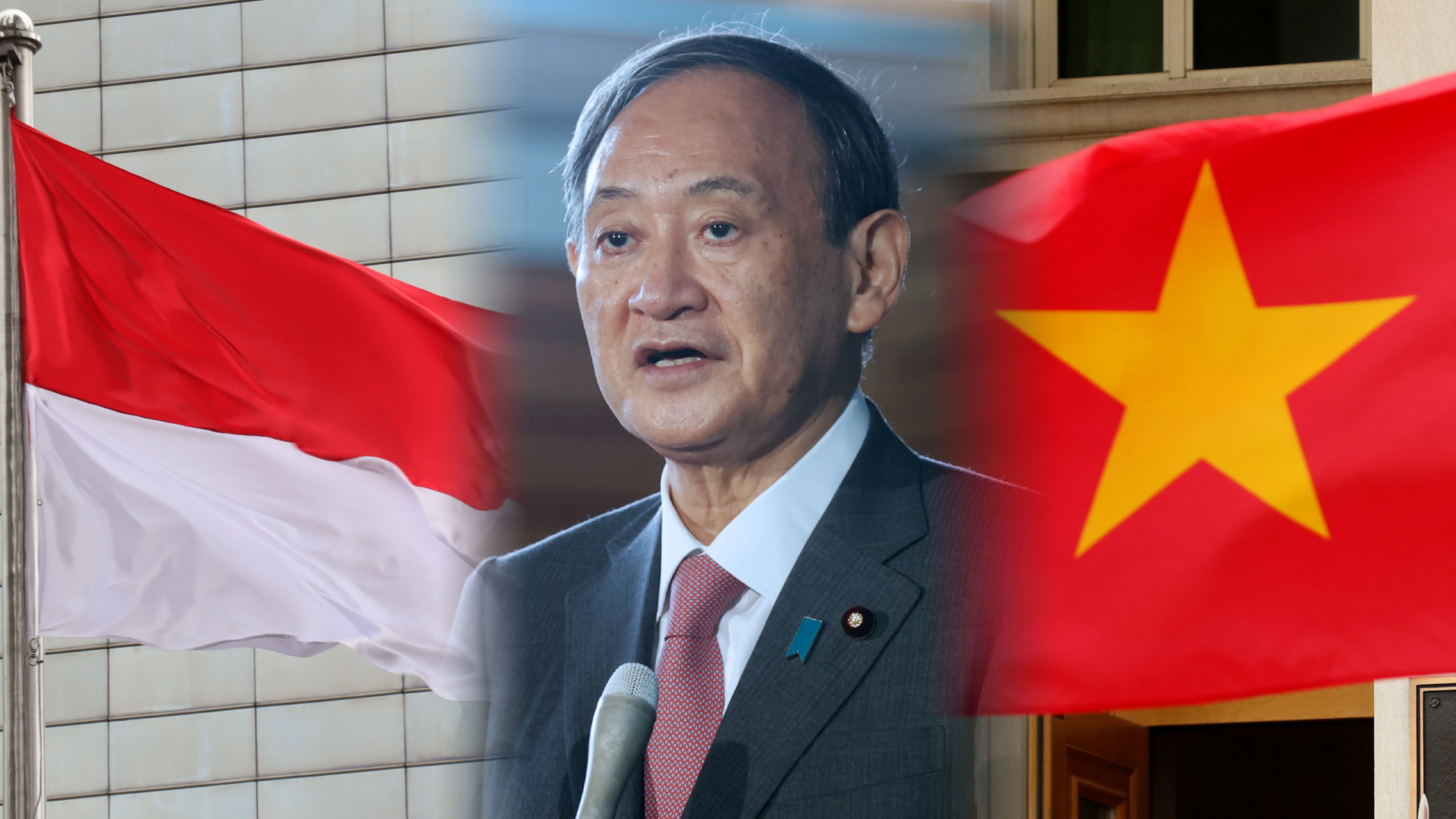 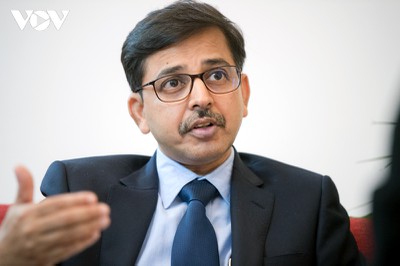 Vietnam is clearly an indispensable partner in our Indo-Pacific Vision, based on our shared values and interests in promoting peace, stability and prosperity of our region, says Indian ambassador to Vietnam Pranay Verma.
August 16, 2020 | 07:59