Two COVID-19 patients in the northern province of Vinh Phuc were released from a local general clinic on February 20 afternoon. 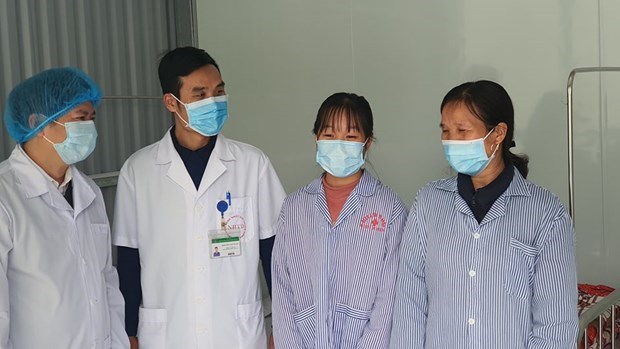 The patients are the mother and sister of a worker who was among the eight workers of Nihon Plast Vietnam Co. Ltd attending a training course in China’s Wuhan city. The worker was found infected with coronavirus later and was hospitalized. She recovered and was discharged from hospital on February 10.

The worker’s 42-year-old mother and 16-year-old sister tested positive for the virus on February 6 and then were admitted to the Quang Ha Area General Clinic in Binh Xuyen district, Vinh Phuc province.

The latest release of the two patients left only one COVID-19 patient still in hospital in Vinh Phuc, who is the worker’s father.

With their efforts and determination in the treatment, the clinic’s staff has been presented with a certificate of merit by the provincial Health Department on February 20.

Among 16 COVID-19 cases confirmed so far in Vietnam, 11 hail from Vinh Phuc. So far, 15 patients have been discharged from hospital. Besides, no new cases have been reported in Vinh Phuc and the country over the past seven days./.

Deputy PM: United Nations to remain as lighthouse for multilateralism