Great Salt Lake is also known as America's Dead Sea is in crisis as it faces drought and climate change, which scientists demand actions before it becomes a catastrophe.
Charlotte Pho
July 18, 2021 | 09:52

The silvery blue waters of the Great Salt Lake sprawl across the Utah desert, having covered an area nearly the size of Delaware for much of history. For years, though, the largest natural lake west of the Mississippi River has been shrinking. And a drought gripping the American west could make this year the worst yet, according to the Guardian.

The receding water is already affecting the nesting spot of pelicans that are among the millions of birds dependent on the lake. Sailboats have been hoisted out of the water to keep them from getting stuck in the mud. More dry lakebed getting exposed could send arsenic-laced dust into the air that millions breathe.

“A lot us have been talking about the lake as flatlining,” said Lynn de Freitas, the executive director of Friends of the Great Salt Lake.

The lake’s levels are expected to hit a 170-year low this year. It comes as the drought has the US west bracing for a brutal wildfire season and coping with already low reservoirs. The Utah governor, Republican Spencer Cox, has begged people to cut back on lawn watering and “pray for rain”.

For the Great Salt Lake, though, it is only the latest challenge. People for years have been diverting water from rivers that flow into the lake to water crops and supply homes. Because the lake is shallow, about 35ft (11 meters) at its deepest point, less water quickly translates to receding shorelines.

The largest salt lake in the Western Hemisphere is shrinking rapidly. Left alone, the lake's footprint would span 2,100 square miles -- more than three times the area of Houston. An analysis published last year showed that water siphoned off the rivers that feed the natural wonder had reduced its level by 11 feet, depleting the lake area by more than half.

"Twenty years ago, this was under about 10 feet of water," said Kevin Perry, chairman of the department of atmospheric sciences at the University of Utah, as he rode a bike in July across the desiccated lake bed.

Perry warns of what happened at California’s Owens Lake, which was pumped dry to feed thirsty Los Angeles and created a dust bowl that cost millions of dollars to tamp down. The Great Salt Lake is much larger and closer to a populated area, Perry said.

Luckily, much of the bed of Utah’s giant lake has a crust that makes it tougher for dust to blow. Perry is researching how long the protective crust will last and how dangerous the soil’s arsenic may be to people.

This year is primed to be especially bleak. Utah is one of the driest states in the country, and most of its water comes from snowfall. The snowpack was below normal last winter and the soil was dry, meaning much of the melted snow that flowed down the mountains soaked into the ground.

Most years, the Great Salt Lake gains up to 2ft (half a meter) from spring runoff. This year, it was just 6in (15cm), Perry said. “We’ve never had an April lake level that was as low as it was this year,” he said.

Most years, the Great Salt Lake gains up to 2ft (half a meter) from spring runoff. This year, it was just 6in (15cm), Perry said. “We’ve never had an April lake level that was as low as it was this year,” he said.

'We're on the doorstep of a catastrophe'

Huge swaths of the Utah lake look more like Death Valley than any waterway, the ground barren and fractured from dry heat. Other areas look like sprawling street puddles. Birds wade through shoreline muck along empty marinas, their slips sagging to the ground.

"The saltiest sailors on the planet have had their sailboats hoisted out of the Great Salt Lake's marinas by crane in recent days, due to dropping Lake levels," the Utah Rivers Council wrote in the introduction of a report warning that a dam, pipeline and reservoir proposal to the east will only compound problems, CNN reported.

While human behavior remains scientists' primary concern, the lack of rain out West isn't helping. Great Salt Lake now is like water sitting in a plate, whereas most lakes resemble a cup, said Jaimi Butler, co-editor of the 2020 analysis showing the lake area had shrunk by 51%.

The shallow waters are more prone to evaporation in drought conditions, and while the lake's level ebbs and flows over any given year, the lake tends to reach its low point in the fall, around October. The lake will continue to drop and shrink over the next three months, and the water level could sink as much as 2 more feet by Halloween, Butler suspects.

"Keeping water in Great Salt Lake is the biggest thing that keeps me up at night," said Butler, a wildlife biologist who grew up around the lake and serves as coordinator for the Great Salt Lake Institute at Westminster College. "We're on the doorstep of a catastrophe." 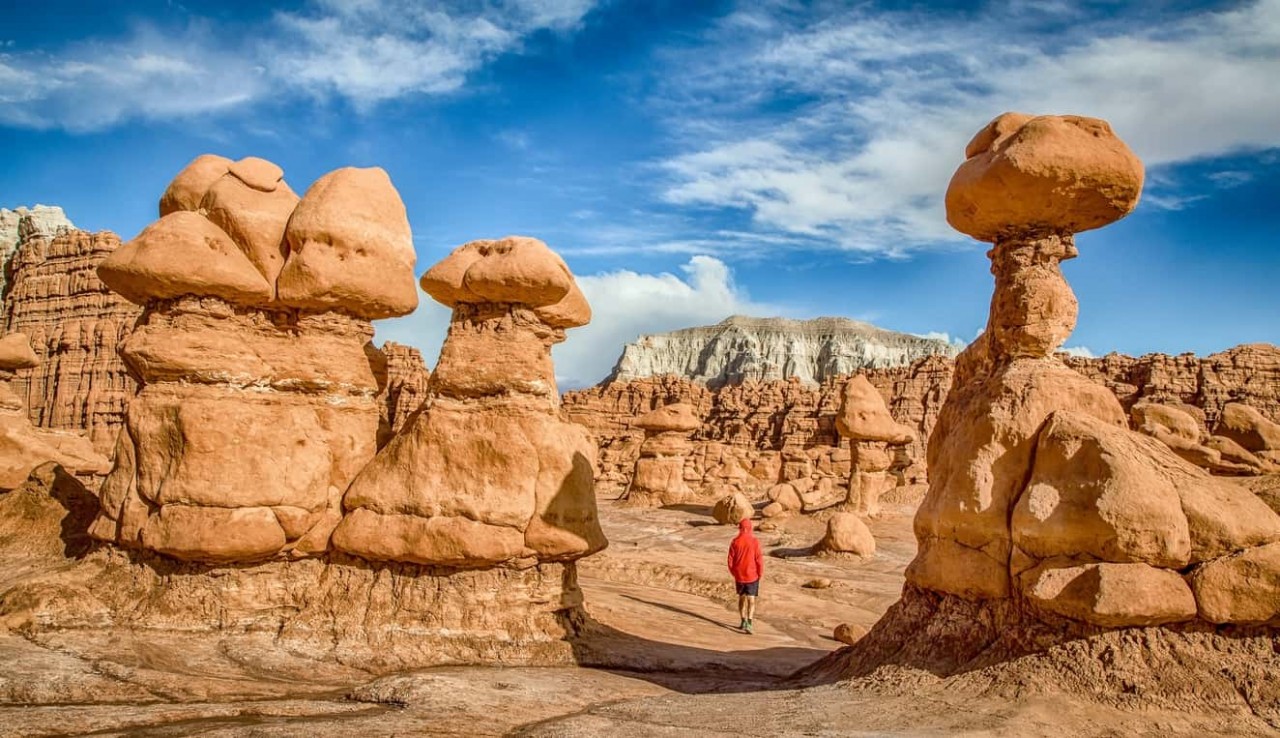 Goblin Valley: Walk On The Alien’s Land Of Utah

Goblin Valley State Park is a famous and unusual tourist destination in Utah, with its bizarre shapes, structures that make it look like an alien's land, attracting the most adventurous tourists.
December 22, 2021 | 15:49 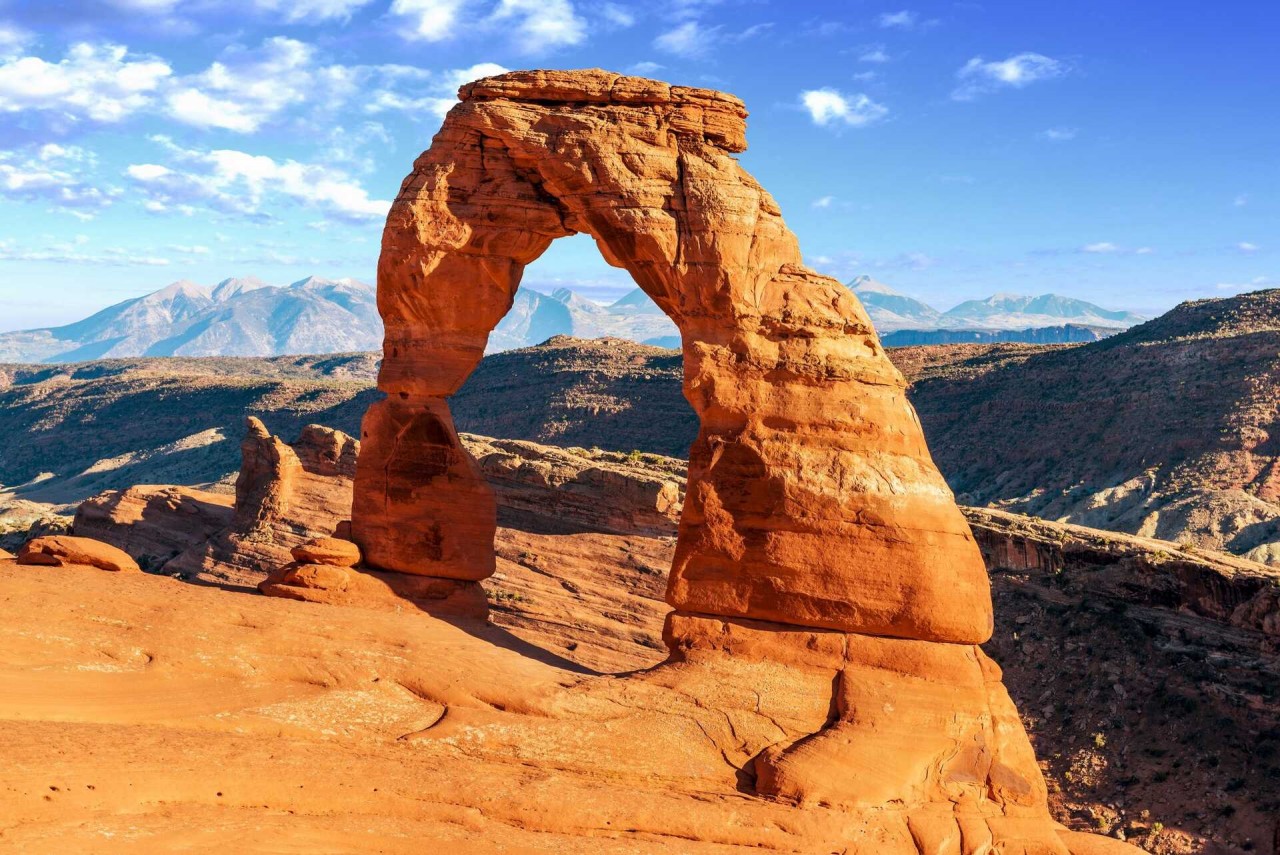 The Mighty 5: The Most Beautiful and Stunning National Parks In Utah

Utah is a land of wilderness, rocky mountains, hills, dangerous hikes and is also the home of The Mighty 5, the biggest national parks that made up Utah's tourist attractions.
November 11, 2021 | 15:29