Vietnam is finalizing plans to host the World Boxing Organization title fight, the first ever such event on local soil.

The Department of Culture, Sports and Tourism of Quang Ngai Province plans to host the clash at the central province's Pham Van Dong Sports Stadium on Feb. 27 next year.

Born in 1996 in HCM City, Nhi has been training since she was a little girl. The tiny girl helped Ho Chi Minh City dominate the national championships in the 45kg category from 2015-18, the National Sports Games in 2018, and the national cup from 2015-2019. Her most impressive win was the victory over three-time world champion Gretchen Abaniel of Australia at the Victory 8 Saigon Fight Night in 2018, according to Vietnam News.

Earlier this year, Nhi defeated Kanyarat Yoohanngoh of Thailand in 10 rounds to take the World Boxing Organization (WBO) Asia Pacific minimumweight crown in Cambodia. Vietnam has high hopes for the 24-year-old since she could become the first Vietnamese to bring home the world title.

Her outstanding performance got the attention of Kim Sang Bum, owner of the HCM City-based Cocky Buffalo Gym, who invited Nhi to train at his venue. Kim Sang Bum said both local and foreign contestants would adhere to quarantine requirements. Live audiences will have their body temperature screened before attending the event. Spectators will also need to wear face masks and be seated at a distance. 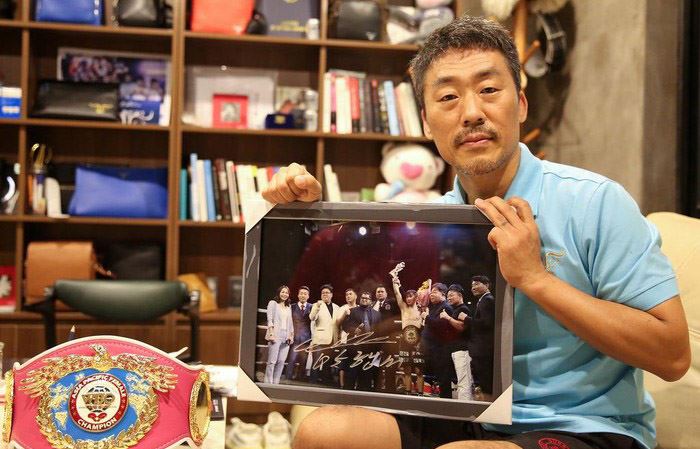 Nguyen Thi Thu Nhi has become Vietnam’s first ever World Boxing Organisation Asia Pacific female champion after her victory on Feb 29 in Cambodia. Her Korean coach believes Nhi will create a boxing craze in Vietnam if she wins  a world title.
March 24, 2020 | 00:41