Yen Tu Mountain - the beauty of nature and tranquility

Yen Tu Mountain, the most famous religious attraction in Vietnam, located in the northern coastal Quang Ninh province. Yen Tu is well known for the picturesque landscapes, ancient pagodas and especially the foundation of Truc Lam Yen Tu Zen Sect. It is also the combination of nature, tranquility and acientness that come from the system of pagodas, towers and Zen realms.
Chau Polly
February 17, 2021 | 19:38

Yen Tu Mountain in Thuong Yen Commune is about 14 km from the center of Uong Bi town (Quang Ninh), belongs to the Dong Trieu Mountain Range in the north-eastern area of Vietnam. Previously, Mount Yen Tu was called “Voi Mount” because the shape of a mountain looks like a giant elephant. Yen Tu is also known as “Bach Van Son” as the mountain is surrounded by white huge clouds around the year. Dong Pagoda of Yen Tu lies in the highest peak, with the altitude of 1,068 meters above the sea.

Legend has it that King Tran Nhan Tong (1258-1308), the third emperor of Tran Dynasty, who guided Dai Viet army to defeat the Mongolian invaders in 1285 and 1287, decided to leave the palace, abdicated the throne to his son Tran Thuyen (as King Tran Anh Tong) and started a new life as a Buddhist monk.

He devoted his life to the Buddha – he concentrated on ascetic virtues for many years and then established temples, meditation centers where he could perform his lectures to other monks and propagate Buddhist scriptures. Later, he co-established the Truc Lam Zen Sect, the first Vietnamese Buddhist Zen Institution. Up to now, Yen Tu has always been a place that a lot of Buddhists choose to pray and pilgrimage.

Existing cultural and historical vestiges in Yen Tu are hundreds of stupas; dozens of pagoda foundations under the Tran and Le dynasties beneath restored pagodas; thousands of ancient objects such as statues, bells, steles, tiles, bricks, porcelain and crockery... with unique and creative motifs, patterns and architecture.

The Truc Lam Zen Buddhist sect gathers full of the spirit of Buddhism, but still contains the unique features of Vietnam.

Therefore, Yen Tu is also considered the Buddhist capital of Vietnam. From Yen Tu, Truc Lam teachings have spread throughout the northeastern region, with hundreds of large and small pagodas built, including famous ones such as Quynh Lam, Con Son, Thanh Mai, etc.

Until the Le and Nguyen dynasties, Yen Tu was still the center of Vietnamese Buddhism. Restored and repaired by the kings of the dynasties, the Yen Tu relic site is the crystallization and convergence of the national culture with architecture, decorative patterns and carved items bearing the hallmarks of the dynasties.

There are hundreds of temples and tombs of Zen masters, natural statues, Buddha steles and especially the Bao Sai cave where Tran Nhan Tong, the founder of the Zen Buddhist sect, sat and meditated on January 1, 1308. The system of pagodas and stupas in Yen Tu is located on the east side of the mountain.

In the two great wars of national defence in the 20th century, Yen Tu was a revolutionary base where soldiers trained and guarded the skies of Vietnam.

Excluding Bi Thuong pagoda at the foot of the Do (Red) slope, Cam Thuc pagoda in Uong Bi and Lan pagoda in Nam Mau village, the road to Yen Tu starts from Gia Oan, Hoa Yen and Cong Troi pagodas, and then Pho Da and Bao Sai pagodas and finishes at Dong pagoda located at the highest point of Yen Tu mountain range.

The special historical-cultural values have made Yen Tu a sacred place in the spiritual life of Vietnamese people.

In order to affirm the special value of the relic site, the Prime Minister decided to rank the Yen Tu historic relic and landscape site as a special national relic site (Decision No. 1419/QD-TTg dated September 27, 2012).

For many years, the spiritual tourism complex in Yen Tu mountain area has been continuously preserved, embellished and built to meet the increasing demands of Buddhists, domestic and foreign tourists on pilgrimage to the land of the Buddha in every early spring.

Yen Tu Mountain is located about 50 kilometres from Ha Long city. The area has awe-inspiring scenery, surrounded by ancient pagodas and hermitages.

Additionally, Yen Tu has a great natural diversity. Along the path to ancient pagodas, temples, there are thick bamboo and pine forests. Also, architectural masterpieces can be seen in anywhere: In the dense forests, next to the pagodas and temples, or even at the peak of the mountain. From the top of Yen Tu Mount, visitors can look to the East and enjoy the poetic scenery of Ha Long Bay with thousands of limestone islands or they can look to the South and see Hai Phong city with Bach Dang rivers flowing gently like a growing ribbon. Each year, Yen Tu holds the spring festival lasting 3 months from the 10th day of the first lunar month.

Nestled in the Dong Trieu mountainous area, Yen Tu Mount has various dense bamboo and pine forests, which gives the mountain a cool, mild climate around the year. The annual average temperature in Yen Tu is 22.2 degrees Celsius. There are four seasons in Yen Tu: Spring, summer, autumn and winter; however, summer and winter are the two main and distinct ones. Summer lasts from April to July and has the temperature from 22 to 30 degrees Celsius. Winter lasts from November to January and has the temperature from 10 to 17 degrees Celsius. The total annual rainfall in Yen Tu is 1,600mm. It rains mostly in June, July, and August, which accounts for 60% of the annual rainfall, and the average number of rainy days is 153 days. 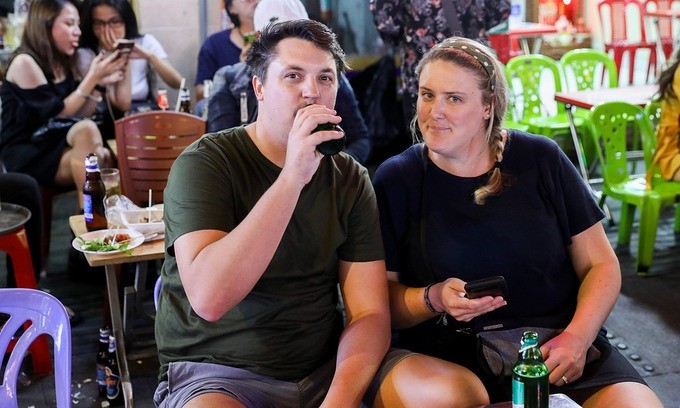 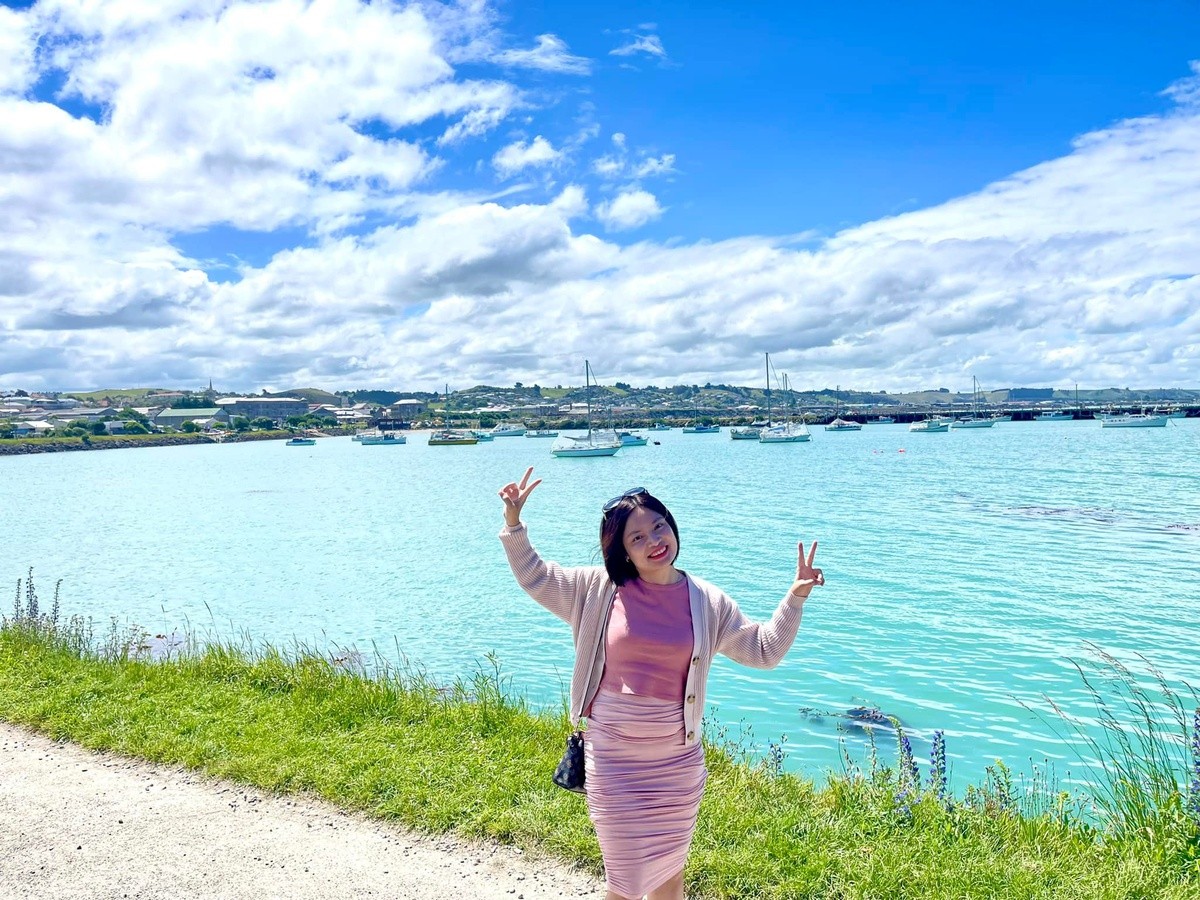 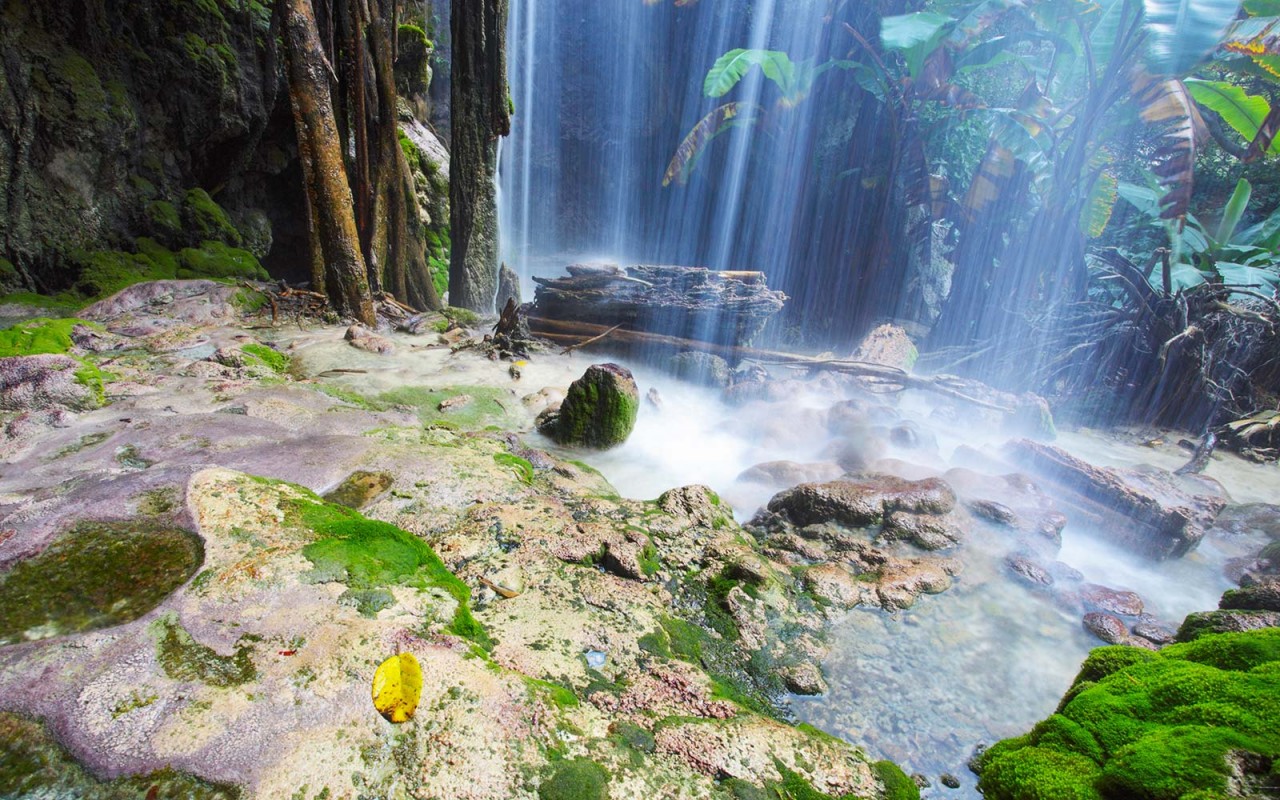