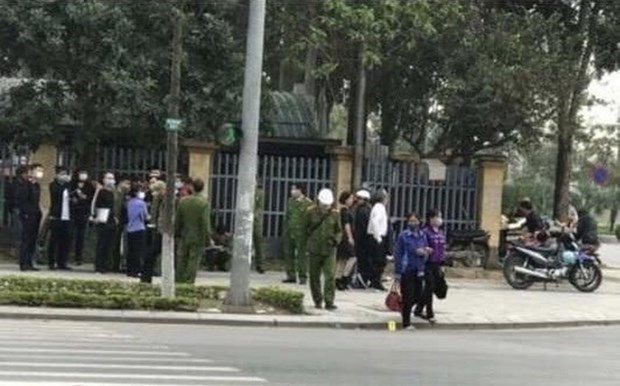 The crossroad where Jung Jin-yong was found unconscious (Source: Internet)

The victim, named Jung Jin-yong and born in 1976, entered Vietnam on January 28. He temporarily lived in a hotel in Bac Ninh city and worked at STN Vina Company at Que Vo district’s Viet Hung Industrial Park.

On February 7, he was examined at the provincial General Hospital and diagnosed as a Type 2 diabetes sufferer. At around 4pm on February 25, the patient continued going to the hospital for examination, during which he showed no symptoms of fever and breathing difficulties. However, he left the hospital without informing doctors.

At 5pm of the same day, he was found unconscious at a crossroad, about 100m away from the hospital. When being hospitalised, he stopped breathing and suffered cardiac arrest. The blood glucose level was very high (27.9 mmol/l).

The provincial investigation police agency is investigating the case./.

Pandemic-struck Vietnamese Japanese to get supported from local organizations

Made-in-Vietnam COVID-19 vaccine to be priced under US $2.6

UK and Europe daily weather forecast latest, March 2: Fog and low cloud linger through the morning, persist all day in some places in the UK

India daily weather forecast latest, March 2: Isolated to fairly-widespread snow or rain and thunderstorms over the parts of northeast India

Vietnam making greater efforts towards a year of economic growth

Iceberg larger than New York City breaks off in Antarctica