Embassy of Bulgaria funds a Vietnamese project of Lotus, an opportunity for rural women's development

The signature of Grant Agreement between the Ministry of Foreign Affairs of Bulgaria and the University of Agriculture and Forestry, Hue University (HUAF) for implementation of project “Diversification of Indigenous Lotus Products and Ecotourism Development: a Model for Poverty Reduction for Rural Women” is scheduled to take place on 2 April 2021 at the Bulgarian Embassy in Hanoi.
Tarah Nguyen
thuyhang.vietnamtimes@gmail.com April 06, 2021 | 21:18

The Lotus flower, in Vietnam, is well-known as the national flower. It is known as the flower of the dawn and is the symbol of purity, commitment and optimism for the future. At night the flower closes and sinks underwater and rises and opens again at dawn.

And, in a target of bring the above noble meaning of Vietnamese lotus into real life, turning it into products with not only economic value but also meaningful contribution to improving income and life of rural Vietnamese women, the University of Agriculture and Forestry - Hue University has created an innovative idea and project, honored to be selected for funding by the Embassy of Bulgaria among 38 other projects.

Winning other 37 projects to be funded by the Embassy of Bulgaria, the University of Agriculture and Forestry, Hue University (HUAF) with its meaningful and expected project named: “Diversification of Indigenous Lotus Products and Ecotourism Development: a Model for Poverty Reduction for Rural Women” officially signed a sponsorship agreement with the Bulgarian Embassy representing the Ministry of Foreign Affairs of the Republic of Bulgaria in early April 2021 at the Embassy of Bulgaria in Hanoi.

The Grant Agreement will be signed by the Ambassador of Bulgaria to Vietnam H.E. Mrs. Marinela Petkova on behalf of the Ministry of Foreign Affairs of Bulgaria, and by the Rector Assoc. Prof. Tran Thanh Duc on behalf of HUAF.

The project is targeting vulnerable women groups in the rural Phong Binh commune, with the objective to encourage livelihood diversification and create new income and independent employment opportunities, while building upon a traditional agricultural occupation of lotus cultivation and the related trade and crafts.

The project further seeks to apply and educate about climate friendly agricultural practices and technology advancements with regard to lotus mass production. A sustainable outcome is further envisaged by introducing hands-on tools for development of a lotus-based ecotourism model.

The development of sustainable agriculture in the rural areas of Vietnam and the economic empowerment of women is of great public importance for improving living standards across the country. It is expected that the project’s inclusive, people-centered, and socially responsible approach could have multiplying effect on the communities in area, thus creating a sustainable local economic model.

The development of sustainable agriculture in the rural areas of Vietnam and the economic empowerment of women is of great public importance for improving living standards across the country. It is expected that the project’s inclusive, people-centered, and socially responsible approach could have multiplying effect on the communities in area, thus creating a sustainable local economic model.

Dr. Nguyen Van Hue, Vice Dean of Faculty of Engineering and Food Technology, University of Agriculture and Forestry, Hue University, the project manager gaving the idea and building up the project, shared: " The beauty of Hue, especially the culinary culture of Hue, can be seen to have been associated with products processed from Hue lotus for a long time. However, the preservation and development of Hue lotus and how to turn lotus into life's practical values in order to increase income for lotus growers in Hue have not yet seen much ​​and also there haven't been many diversified, rich and high quality products made from lotus.

Therefore, the research team, supported by the University of Agriculture and Forestry, Hue University has invested in researching how to create products that can enhance the value of Hue lotus trees and also highlight the spirit of Hue's culinary culture, in addition to contributing to improving income and livelihoods for lotus farmers, especially the women, a workforce closely attached to farming and processing lotus products ".

Hue said that the interesting point is probably "Duyen - Fate" when the project was conceptualized and embarked on implementation.

The year 2020 marked the 70th anniversary of the establishment of diplomatic relations between Vietnam and Bulgaria, when he knew that the Bulgarian Ministry of Foreign Affairs through the Embassy of Bulgaria in Vietnam had a program to sponsor projects to promote people-to-people relations, Dr. Hue thought about the image of Bulgarian roses - a famous flower in the world expressing the national value of Bulgaria. He thought also about the lotus as Vietnam's national flower, a very beautiful and elegant flower both popular and precious in Hue, and can bring many practical values ​​to life.

Especially in Hue, besides the white lotus, there is also a very valuable and beautiful pink lotus. With the project of preserving and developing the lotus coming true, more beautiful lotus species can be developed later.

At the ceremony, sharing about the reason of the University of Agriculture and Forestry, Hue University selected to be the winner to receive the above grant, Ambassador of Bulgaria to Vietnam Marinela Petkova said: "The project brings so many benefits to rural women and aims to create an environment that helps them reduce poverty and improve their lives. The lotus has symbolic value of Vietnam as well as rose is Bulgarian significant flower. We see that the project could support women and create a model that provides tools and direction for rural women to not only preserve local lotus flowers but also develop their own lives from flowers".

Attending the signing ceremony, Ms.Nguyen Thi Thanh Huong, Vice Chairwoman of the Vietnam National Administration of Tourism, also the President of the Vietnam - Bulgaria Friendship Association said: Vietnam and Bulgaria have a long traditional friendship. In recent years, the relationship between Vietnam and Bulgaria has been increasingly strengthened. Although there are still many difficulties, every year Bulgaria has sponsorship programs for Vietnam, such as giving 8 scholarships to young Vietnamese to study in Bulgaria and small projects for Vietnam like this project.

Maybe in the future, Vietnam will learn more about the rose planting skills, technique and import precious rose varieties in accordance with Vietnamese conditions from Bulgaria to develop some economic products based on rose varieties.

Likewise, the lotus is a very typical tropical flower that Bulgaria does not have. We might consider developing a number of types of lotus products for export to European countries, including Bulgaria.

Hopefully, such ideas will contribute to both enhancing the image and value of Vietnamese lotus, while creating practical economic values ​​to help preserve and develop precious Vietnamese lotus varieties. 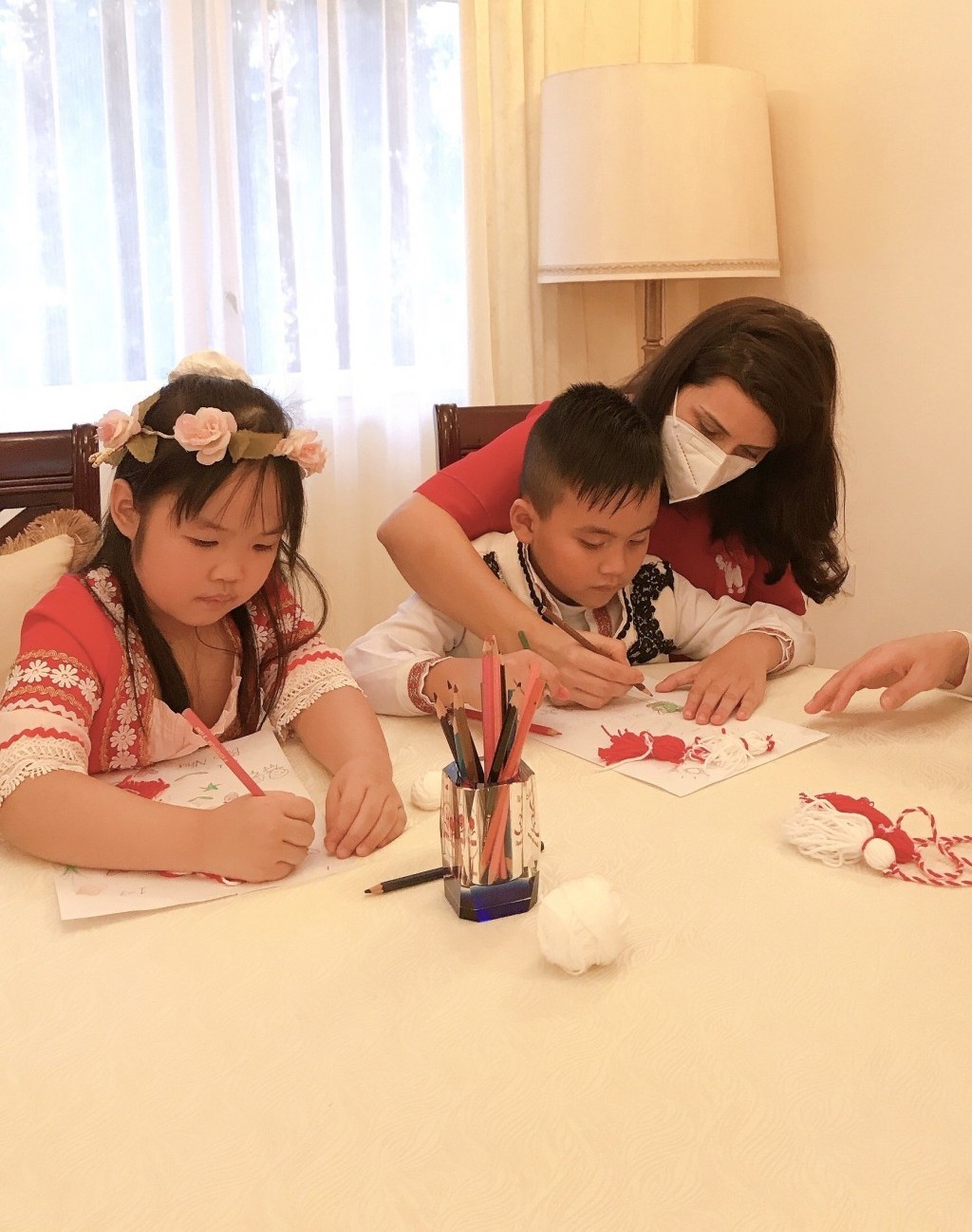 The Vietnam - Bulgaria Friendship Association in Hanoi has coordinated to organize many friendship exchange activities for the 144th anniversary of the National Day of the Republic of Bulgaria
March 12, 2022 | 08:33 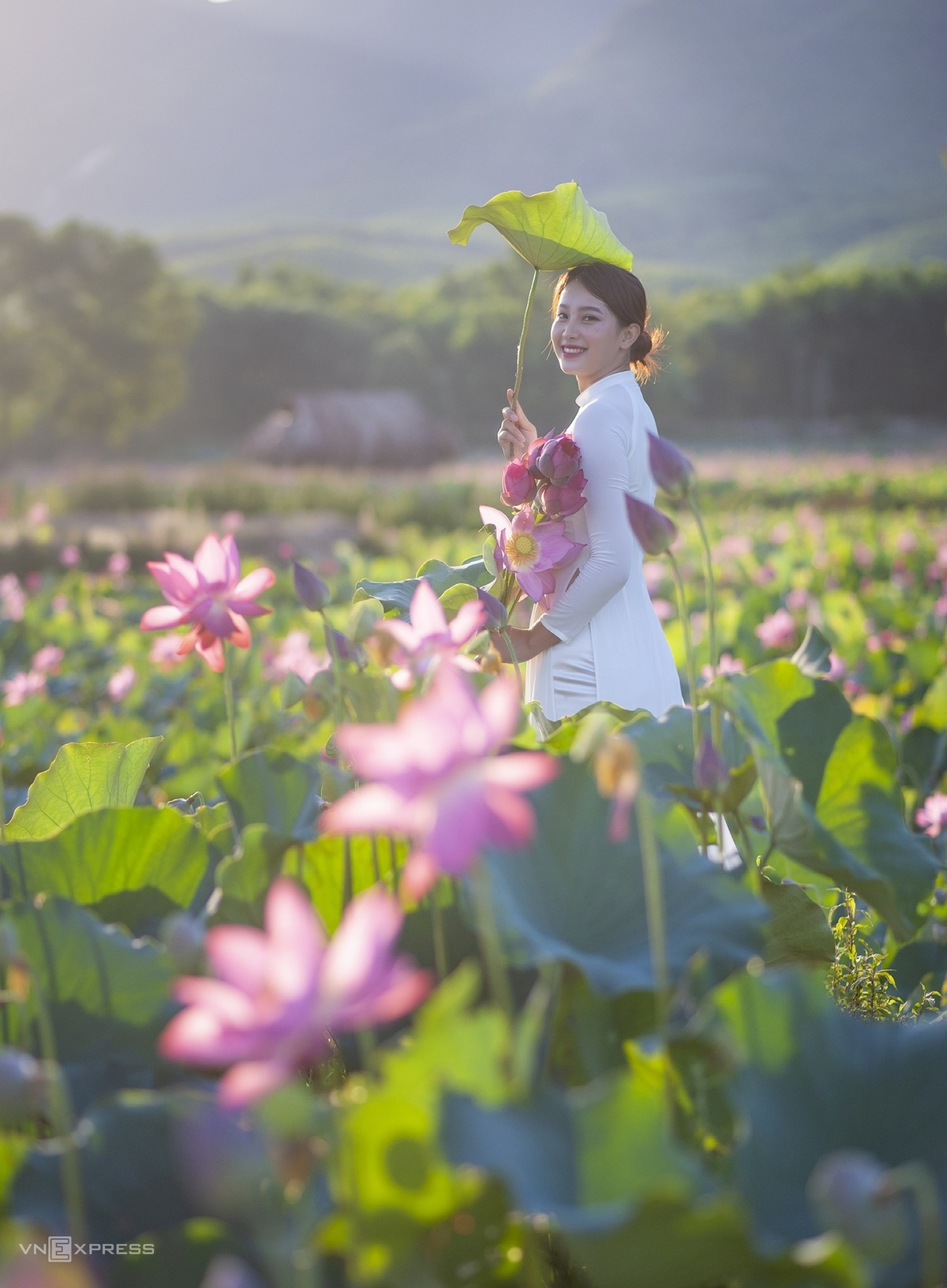 Lotus ponds with tranquil and rustic beauty in the Quang Nam and Thua Thien Hue provinces have become a magnet for both visitors and photography enthusiasts.
June 09, 2021 | 08:16 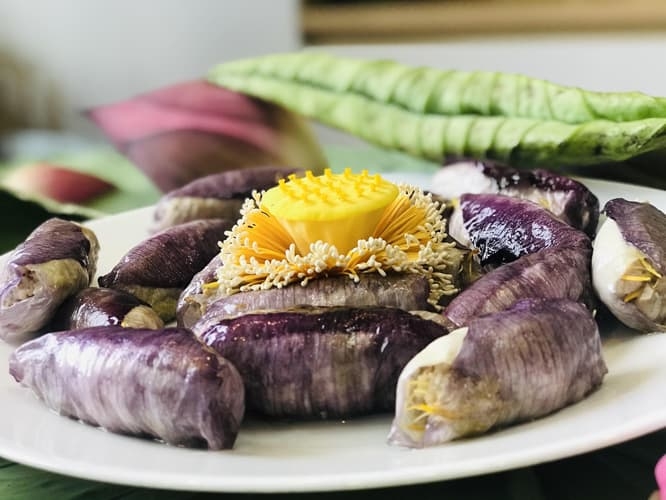 Spring rolls has unique faint scent of lotus, naturally sweet meat interspersed with a little grain of wood ears and shiitake mushrooms.
May 31, 2021 | 09:33 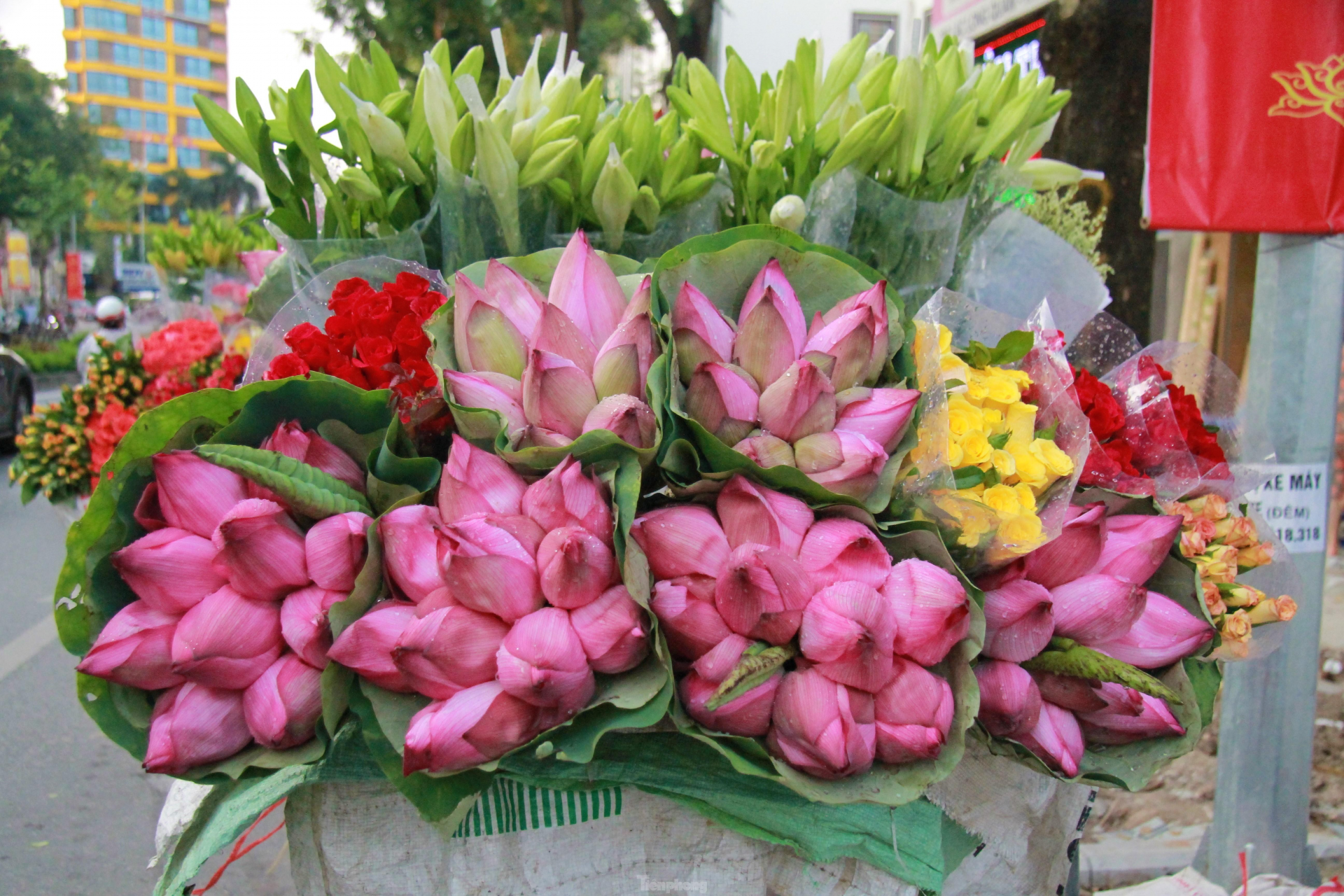