Temperature is forecasted to climb over the weekend, which makes charts turn red across the UK and Europe.
Ruby Lee
lethanhha8991@gmail.com August 06, 2020 | 19:53

The UK is set for yet another scorching end of the week as temperatures shoot up thanks to a boiling front coming up from the Sahara Desert. Europe will be practically melting by the time Friday arrives, with a chance that this week could break last week's record holding heat, express.co.uk reported.

A 700 mile-wide mass of hot air from Africa’s Sahara Desert has sparked possible highs of 45C in Spain, and will push the mercury close to the 40s in some parts of the UK.

Thursday will start the boiling temperatures across much of the British Isles, and on Friday the capital may even surpass the 37C recorded at Heathrow on July 31 — the hottest day of the year so far and the UK’s third warmest on record.

The sweltering temperatures are expected to continue until Sunday and are the result of hot air moving in from southern Europe - described as a 'Saharan blowtorch' by the Weather Outlook.

It means Britain could pass the threshold for a heatwave, which requires three days of temperatures over 25C across most of the nation and 28C in London.

Met Office Chief Meteorologist Dan Suri said: “Most of us will see a spell of warm, summery weather later this week, with hot weather developing across southern parts of the UK.

"From Thursday temperatures will be in the low- to mid-20s Celsius for Northern Ireland, Scotland and north Wales and it'll be much warmer across southern and central areas, with temperatures widely reaching 28-29C."

“It'll be another hot day on Friday with temperatures widely reaching 30C, or higher, in central, southern and some northern parts of England."

"It is likely to be hotter still in southeast England where 34 to 37 Celsius is possible."

"Saturday will likely be another hot day for southern and central parts of the UK, with heatwave conditions possibly being met in parts of southeast England and East Anglia.”

The Weather Outlook forecaster Brian Gaze said: “Blowtorch heat is coming from the Sahara, with around a 10 percent chance of over 38.7C."

“It’s inevitable 40C will be reached in the UK in coming years."

“A one-day hot snap saw around 38C and higher temperatures will result from a longer period of southerly winds at the right time of year.”

Today will start damp in the south and dry in the north, and light rain may continue to affect southern Wales, while everywhere else will be dry and continue to hot up throughout the day. Tonight thicker cloud brings patchy spells of rain to Northern Ireland and western Britain.

Central and eastern areas will have a dry night and clear skies ahead of more rising temperatures tomorrow. Temperatures have been almost consistently climbing across the UK for a number of years.

2018 saw one of the most prolonged heatwaves ever seen in the UK, but the upcoming weather is expected to beat the hottest recorded temperature of the 2018 summer, which was 35.3C.

BBC Weather has forecast a return of the heatwave temperatures across Europe as boiling conditions engulf the continent.

Mr Bett said: "Hot weather is set to return across many parts of Europe over the next few days."

"Again, all the heat is going to be building up from Iberia where we have got the highest temperatures at the moment."

The BBC Weather forecaster noted while temperatures are set to rise rapidly, there are still spots that will see some heavy rain.

He said: "We still have this stubborn area of cloud, an area of low pressure that is hanging around through the Adriatic, southern parts of Italy and the Balkans."

Mr Bett said: "Hot weather is set to return across many parts of Europe over the next few days."

"Again, all the heat is going to be building up from Iberia where we have got the highest temperatures at the moment."

The BBC Weather forecaster noted while temperatures are set to rise rapidly, there are still spots that will see some heavy rain.

He said: "We still have this stubborn area of cloud, an area of low pressure that is hanging around through the Adriatic, southern parts of Italy and the Balkans."

Mr Bett continued: "These showers will be heavy and thundery and drifting southwards across the Balkans towards Albania and northern parts of Greece."

"It will be drier for northern parts of the Balkans and northern half of Italy as those showers move their way southwards."

"All that heat will be building up through France into the Low Countries, Germany and southern Scandinavia."

"Much of Europe will be dry and sunny and it is also going to be hot as well."

The weather forecaster closed by showing that London, Paris, Sevile and Rome would all see temperatures above 30C and much sunshine.

He said: "For Rome it looks like it is going to be dry and sunny."

"The peak of the heat in London is likely to be on Friday and through much of France and Germany, this heatwave conditions will last a good deal longer."

"As you move down into Athens there is a chance of catching one or two thunderstorms this weekend."

Aside from Pho, Vietnam is also famous for its sweet treats and snacks, which brings a distinctive flavours and taste that satisfy our sweet tooth. Here is 7 tasty snacks in Vietnam that you can not miss.
16:59 | 17/09/2021

The appearance of a map which depicts Chinese claims in the Bien Dong Sea, known internationally as the South China Sea, has been strongly opposed by the Vietnamese people in general and the Cinema Department in particular.
16:50 | 17/09/2021

Vietnam Times has recently interviewed young Vietnamese in Hanoi about their experience of the "Corona Blues" and their ways to gain back a positive attitude.
16:48 | 17/09/2021 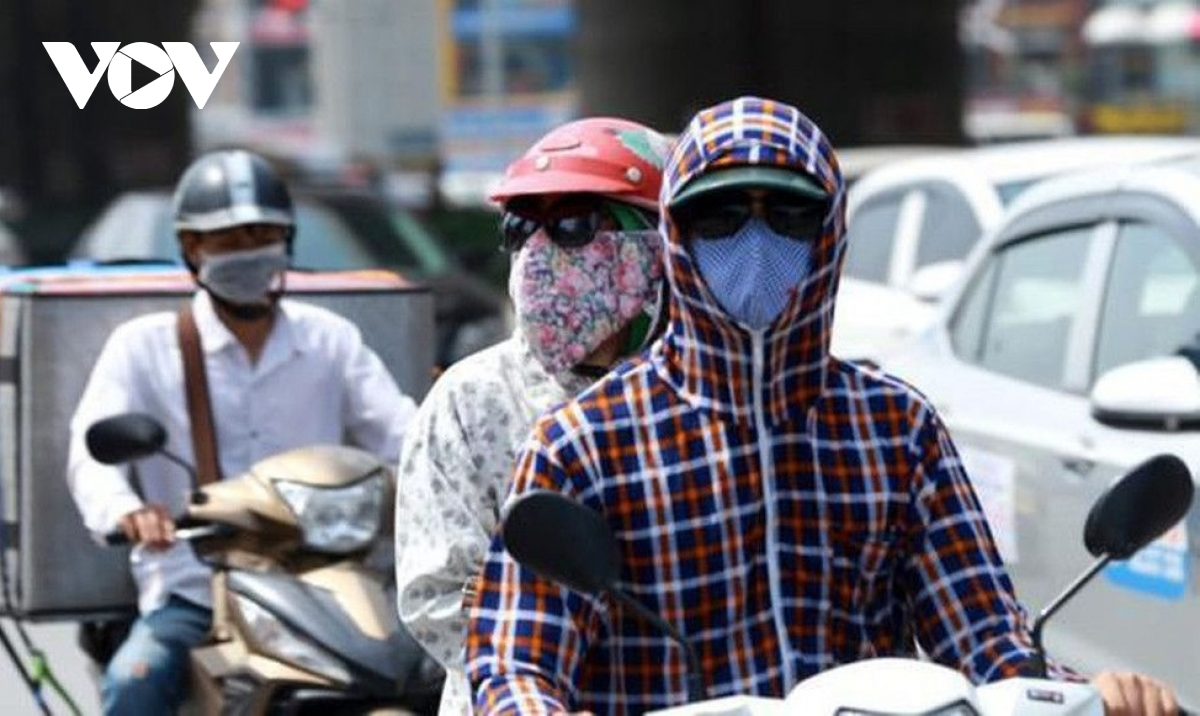