US Navy destroyer sails near the Truong Sa (Spratly) Islands

The US Department of Defense’s news outlet DIVDS on July 14 has posted photos informing that the US destroyer USS Ralph Johnson is sailing near the Truong Sa (Spratly) Island.
Jasmine Le
[email protected] July 15, 2020 | 11:29

"This freedom of navigation operation upheld the rights, freedoms, and lawful uses of the sea recognized in international law by challenging the restrictions on innocent passage imposed by China, Vietnam and Taiwan," the Navy said in a statement.

"Unlawful and sweeping maritime claims in the South China Sea pose a serious threat to the freedom of the seas," the military branch added.

The information was disclosed after the US Department of State declared “its position on maritime claims in the South China Sea" on July 14.

Accordingly, the US Secretary of State Mike Pompeo announced a formal rejection of "most" of China's "unlawful maritime claims" in the South China Sea, the latest in the escalation between Washington and Beijing.

The top US diplomat asserted that "Beijing's claims to offshore resources across most of the South China Sea are completely unlawful, as is its campaign of bullying to control them”, CNN quoted.

"The world will not allow Beijing to treat the South China Sea as its maritime empire. America stands with our Southeast Asian allies and partners in protecting their sovereign rights to offshore resources, consistent with their rights and obligations under international law," Pompeo said in a lengthy statement.

The US "distorts the facts and international law, exaggerates the situation in the region and attempts to sow discord between China and other littoral countries," the Chinese Embassy said in a statement, at the same time accused Washington of "stirring up tension and inciting confrontation" in a region where it is not directly involved in the disputes.

Earlier on April 29, the U.S. Navy Ticonderoga-class guided-missile cruiser USS Bunker Hill (CG 52) also sailed near the Spratly Islands. In the statement, the 7th Fleet did not specify which entity the Bunker Hill passed by. 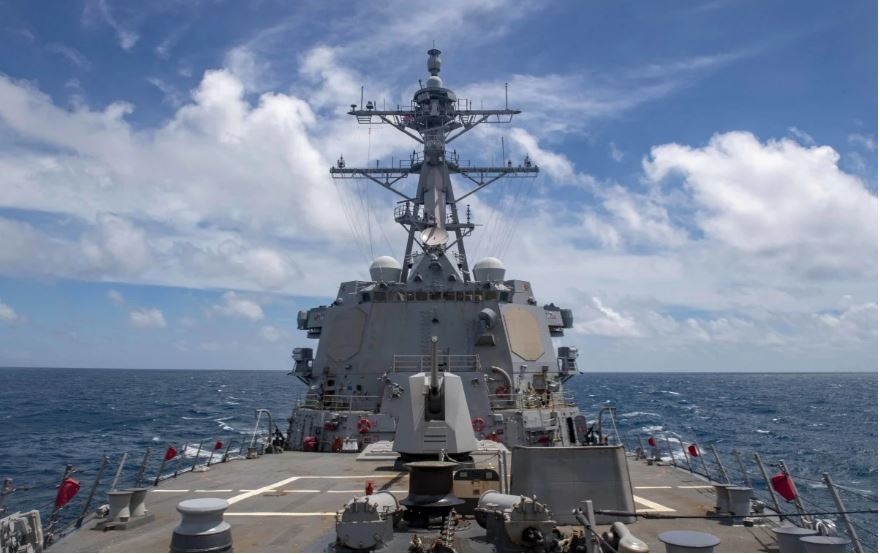 US Navy is reported to equip more modern destroyers with hypersonic missiles amid the race for naval dominance in the Pacific with China.
November 02, 2020 | 13:51